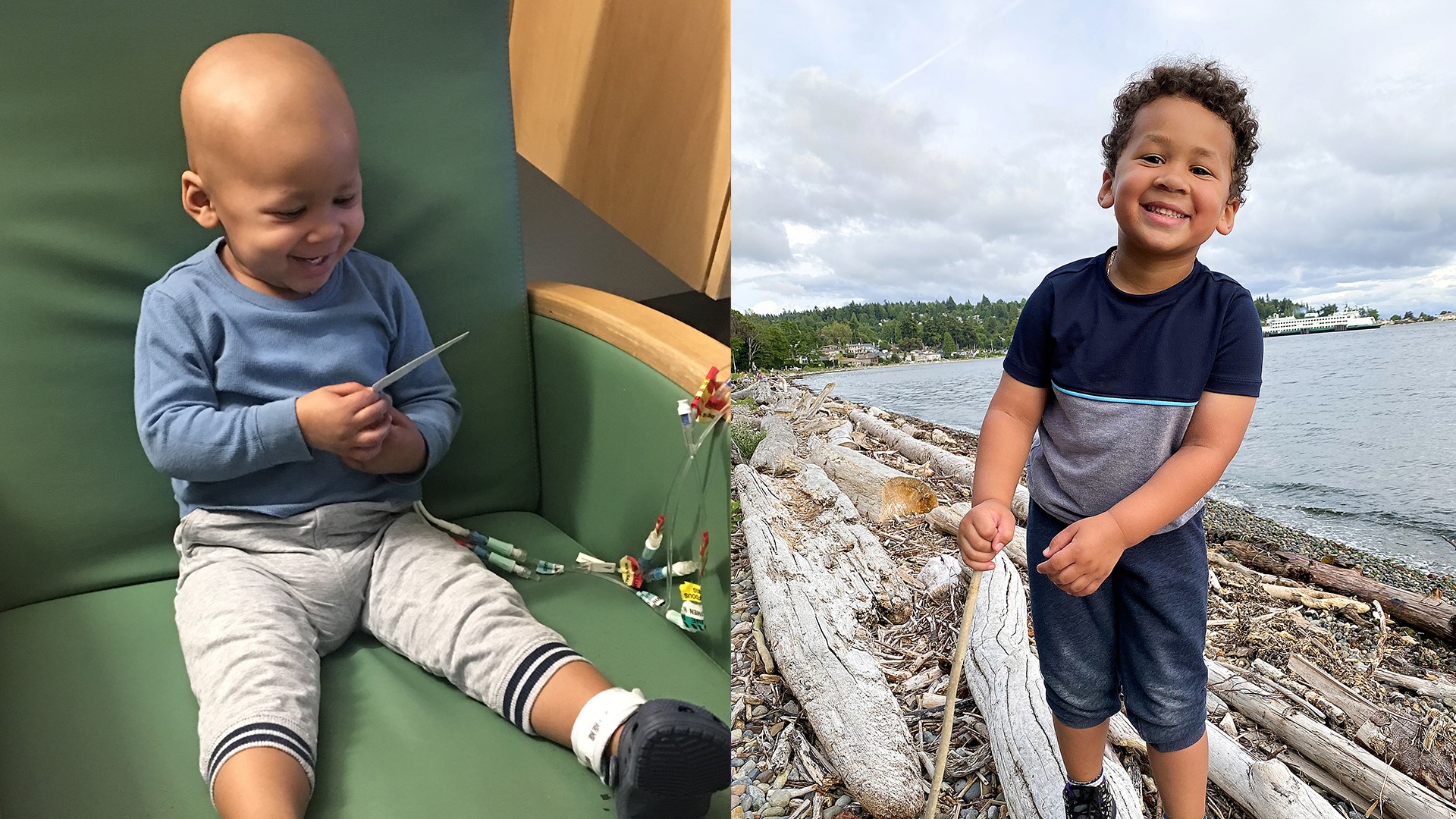 SEATTLE — If you met four-year-old Isaac Williams today, you wouldn't know that he once had a 50-50 chance of survival – like the flip of a coin. But those are exactly the odds doctors at Seattle Children's gave him just a few years ago.

Isaac's battle began when he was 17 months old. He had fevers on and off for months. The pediatrician told his parents it was just a virus, but his condition didn't improve. On the seventh or eighth trip to the doctor's office, Isaac's parent's finally demanded answers.

"They ended up sending us to [Seattle] Children's for what they thought was a ruptured appendix," said Isaac's mother Kelli Williams. "In hindsight, of course, we wish that's all it was."

It turned out Isaac's ongoing fevers were caused by stage 4 high-risk neuroblastoma. For Kelli, the diagnosis was grim.

"My dad passed away from cancer when I was 15," said Kelli. "So to me, cancer meant death."

While the word cancer scared the entire family, Isaac's dad chose to take one day at a time.

"My job was to make sure we kind of kept it together to focus on what's next," said Dennis Williams.

What came next was 18 months of tests, stem cell transplants and multiple rounds of chemotherapy. It was a treatment plan that was longer than Isaac had been alive and one that took a toll on his spirit and body. While there were days Kelli wanted to quit, Dennis helped everyone stay strong.

"My job was to keep Isaac smiling, laughing, and keeping his mind off of what was happening to him," said Dennis. "I also did the same for Kelli and Isaiah my older son.

Credit: Kelli Williams
Isaac with his dad and brother in the hospital.

It was with that laughter and love, along with the support of Seattle Children's, that Isaac was able to beat his cancer. But his family's fight with the disease is far from over. They are now working to raise awareness and money for childhood cancer.

"We never expected to hear 'your son has cancer,' but here we are," said Kelli. "We will never stop doing this for the kids and families who don't have that diagnosis yet, but [who] will."