Orphaned by war, Nathalie Bajinya's future is as undeniable as her brightly colored fashions. #k5evening 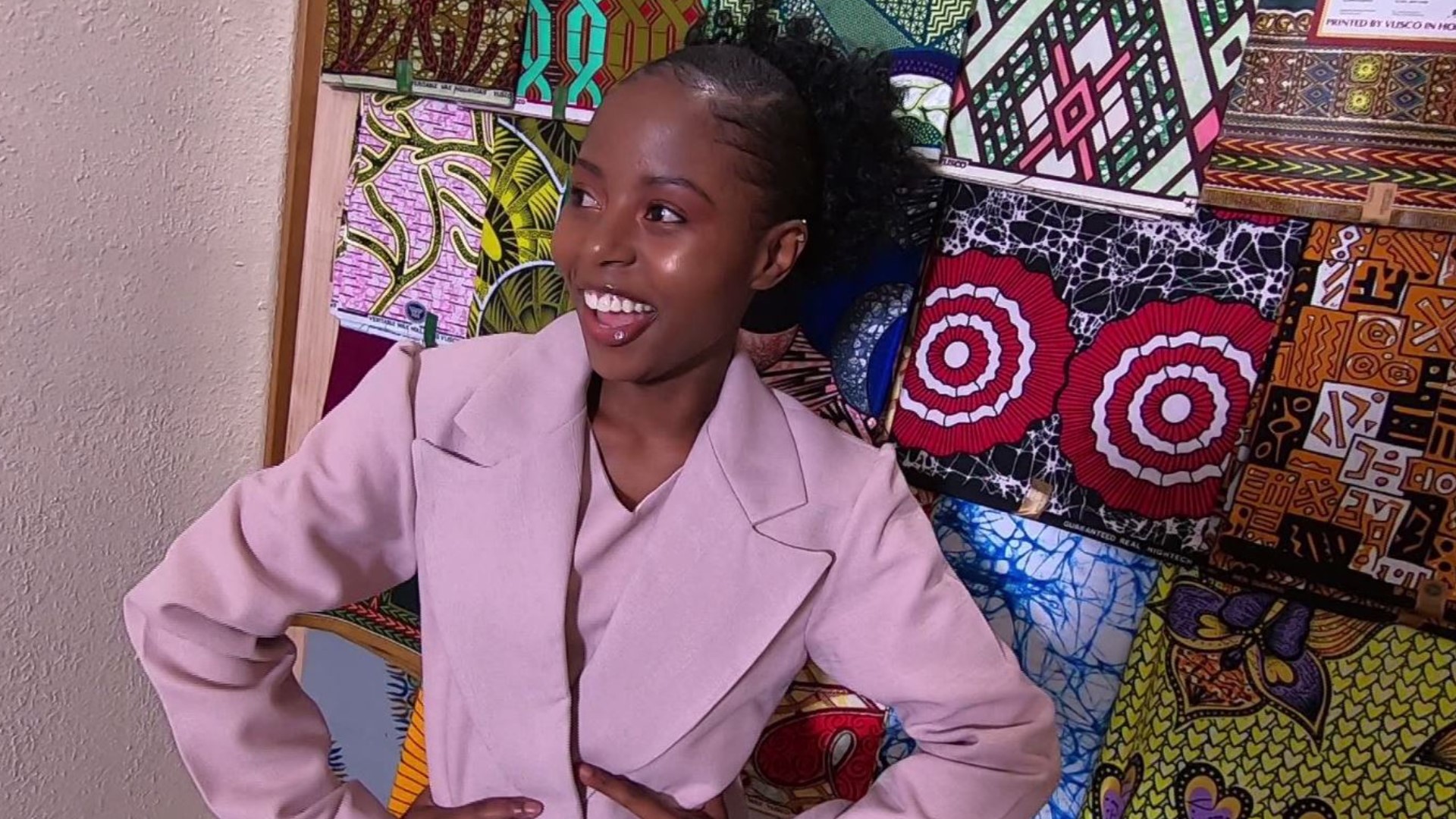 LAKEWOOD, Wash. — “When I look at fabric I see something that is telling a story,” says Nathalie Bajinya in a Lakewood shop called Undeniable Bajinya, where she makes beautiful clothes that combine African colors with French and American styles.

“It's joyful for me,” she says. “It just give you peace knowing someone will wear your clothes and they will feel good themselves.”

“Since I was born, we were always running,” she says. “We always know that today might be OK, tomorrow it might be not.”

She was seven years old when she and her siblings lost their parents. They were split apart and given shelter in Kenyan orphanages where nuns taught Bajinya one special skill.

“That's where I learned to sew,” she says.

Bajinya can lose herself at a sewing machine, but memories still come back to haunt her.

“Sometimes I still have problems, but when I'm sitting at a table making clothing that's what most makes me happy,” she says.

Credit: KING TV
Nathalie Bajinya says she is happiest when she is sewing for someone

Nathalie Bajinya was 14 when she applied for refugee status in the United States and learned she'd be entering the foster care system in Tacoma.

“The nuns were telling me it's going to be great.‘You're going to be sewing for celebrities’,” she laughs.

But here too she struggled. Nathalie Bajinya was lonely.

“Especially here in America it is hard to get friends,” she says.

Bajinya joined the Tacoma Refugee Choir where she made many friends.

But something was still missing. Her real family. She sent her brother and sister money and in 2015 they joined Nathalie.

In fact one of the women modelling Bajinya’s clothes for our story is her 16 year old sister Sophia, who was just two months old when war split the family apart.

“Now we are getting closer and closer,” Sophia Bajinya says, “but before I didn't know anything about her even though she was my sister.”

Sophia's middle name is Joy which is exactly what she's brought to Nathalie's life.

“Coming back home together, it's beautiful,” she says.

And so are the clothes Nathalie Bajinya makes. Each telling a story with a happy ending.

Nathalie Bajinya, an American citizen now for two years, is facing a surprising challenge because of COVID-19. So many people are working from home, they’re not buying dressy clothes.

Bajinya can do it all. You can even bring in your own fabric and she will make you a dress in a week. She says there is nothing like a dress made exactly to your measurements.

Her sister is also getting into the fashion game. Sophia Bajinya sells jewelry and wigs online.