Fuchsia's Crossover flat makes a statement that goes beyond fashion 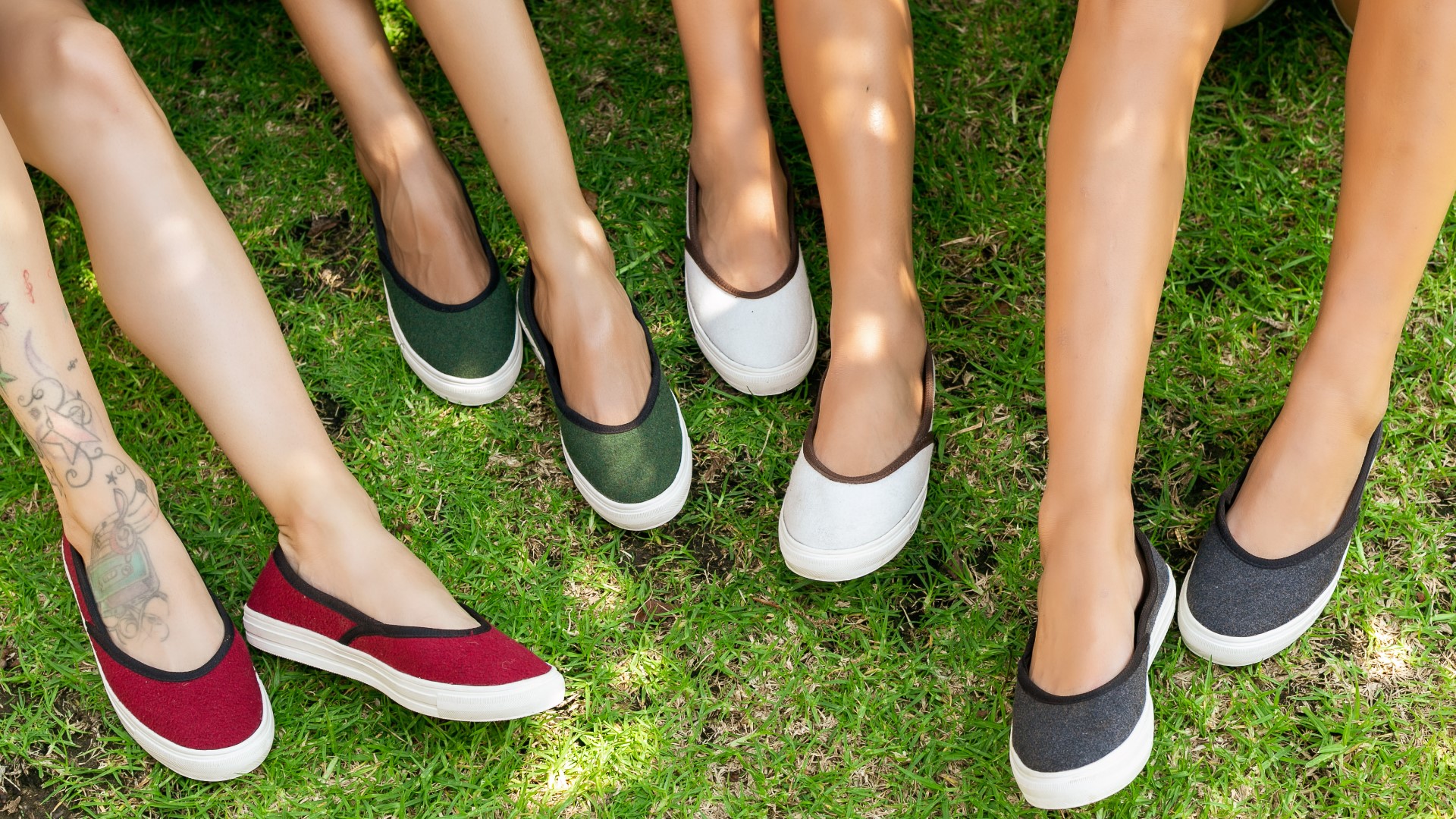 Today the company has a new shoe that's an updated version of the traditional flats.

It's a casual sneaker called the Crossover and it might give Allbirds and Rothy's  a run for their money.

“They are super comfortable - They're the most comfortable shoes I've ever worn and we're super proud of them,” said Abbas, CEO and co-founder of Fuchsia.

The upper part is breathable and eco-friendly merino wool - the soles are recycled rubber.

They come in 5 different colors.

They aren't elaborately embroidered like the flats that inspire them -

but they all have one subtle detail that reflects their South Asian heritage.

"So this is the differentiating part of our shoe, the side profile. This is how our traditional shoes are and we put it on a sneaker sole,” Abbas said, pointing to the two lines mid foot on the shoe where the fabric 'crosses over'.

And as with all shoes from this Northwest company, the artisans in Pakistan crafting them earn a fair wage. This is the company's main mission.

“The fun part is where we are generating income for socially marginalized communities. And we are impacting them in ways that are life changing for them,” said Abbas.

She told the story of Manzoor, a single dad who's felt that impact. He was a laborer who made bricks, but after his wife passed away he started making Fuchsia Shoes at home. With that job he was able to support his family and put his daughters into school. And now two of them also work for Fuchsia - in a village where women usually don't go to school, or hold jobs.

“So I'm really proud that for this particular place, which is a very conservative town, we have these two amazing girls, young girls, who wanted to build a career with us,” said Abbas.

This footwear entrepreneur hopes to create even more jobs for women in Pakistan making Crossovers – she recently completed a successful Kickstarter campaign, raising more than $25,000 to make shoes and change lives. The Crossovers will retail for approximately $80.

She calls it 'soles with soul'  - shoes that make a statement about far more than fashion.