Calories don't count when the meal has a mission... right? 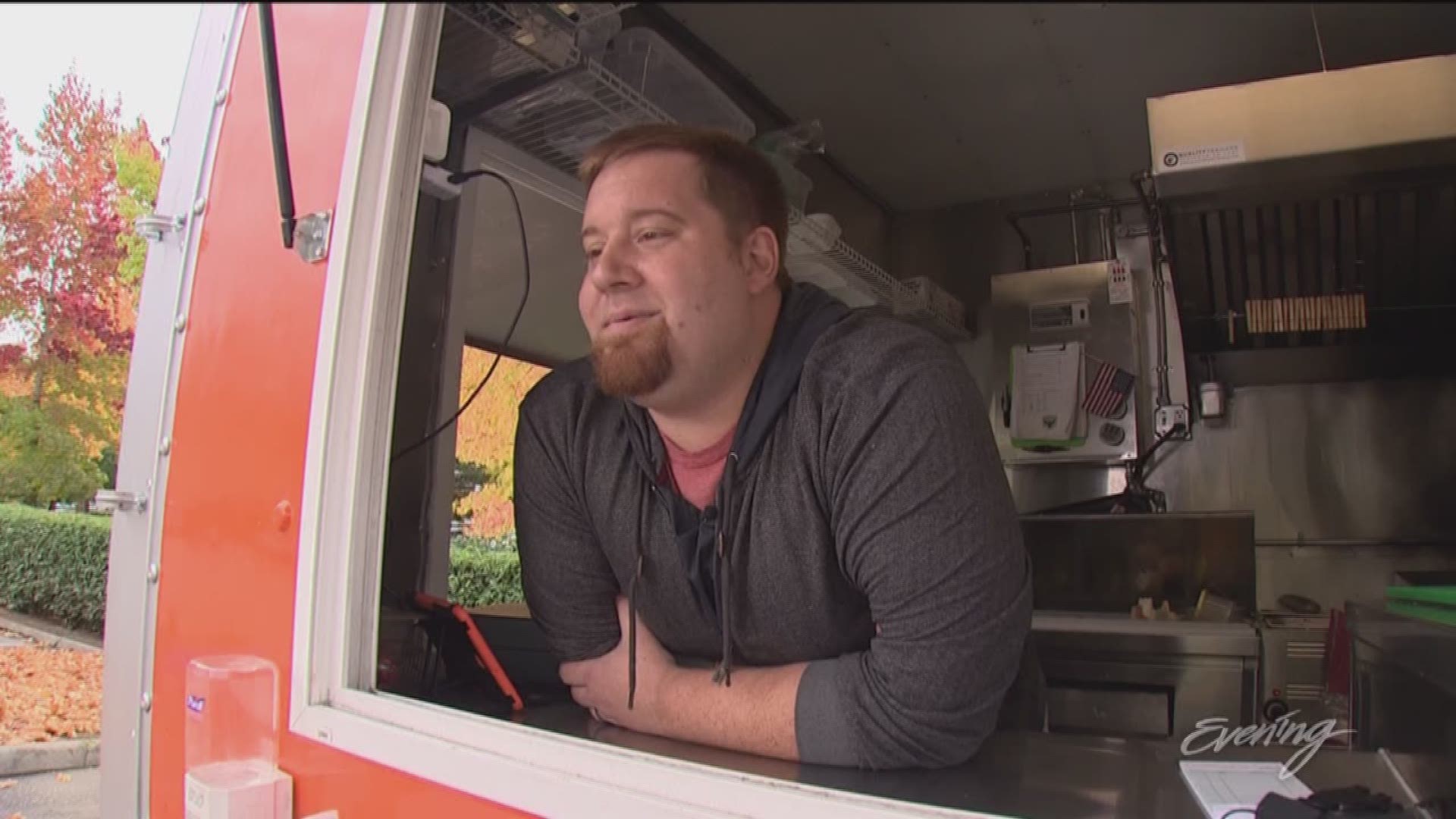 He served his country.

Kyle Gourlie – The Vet Chef -- also serves fellow vets. He hires them for his food truck, and he's hoping to turn them into food truck entrepreneurs with businesses of their own.

"I want veterans to open up food trucks. I don't know that is a capability, but that's what we're here for,” he said. “We want them to get back in the civilian world with an opportunity and something that's theirs.”

Credit: KING
The line for The Vet Chef food truck.  Don't worry, it's worth it.

“I'm really proud of how he's really turning this into something it really does help our veterans,” said his wife, Amanda Gourlie, who helps run the family business. As she spoke about the truck, she fed baby Mara a bean and rice burrito called a "Mara Burrito".

Baby Mara is not the only fan of her dad's food. Maria Hornich-Watson came for a salad, but now she's hooked on the carne asada fries swimming in guac and crema and homemade salsa. And everyone knows calories don't count when the meal has a mission – right???

"I just love the fact that you have someone who has served our country and has also been put in a position where they can take care of their families, take care of us, and have their own business I think that's fantastic,” said Hornich-Watson.

The Vet Chef's command of comfort food earned his food truck the title BEST in Western Washington. And that's something worth saluting.