A window of opportunity brings fishmonger to Edmonds

The Mar-Ket Fishmonger and Eatery in Edmonds was voted BEST TAKE-OUT in 2018's Best of Western Washington viewer's poll. 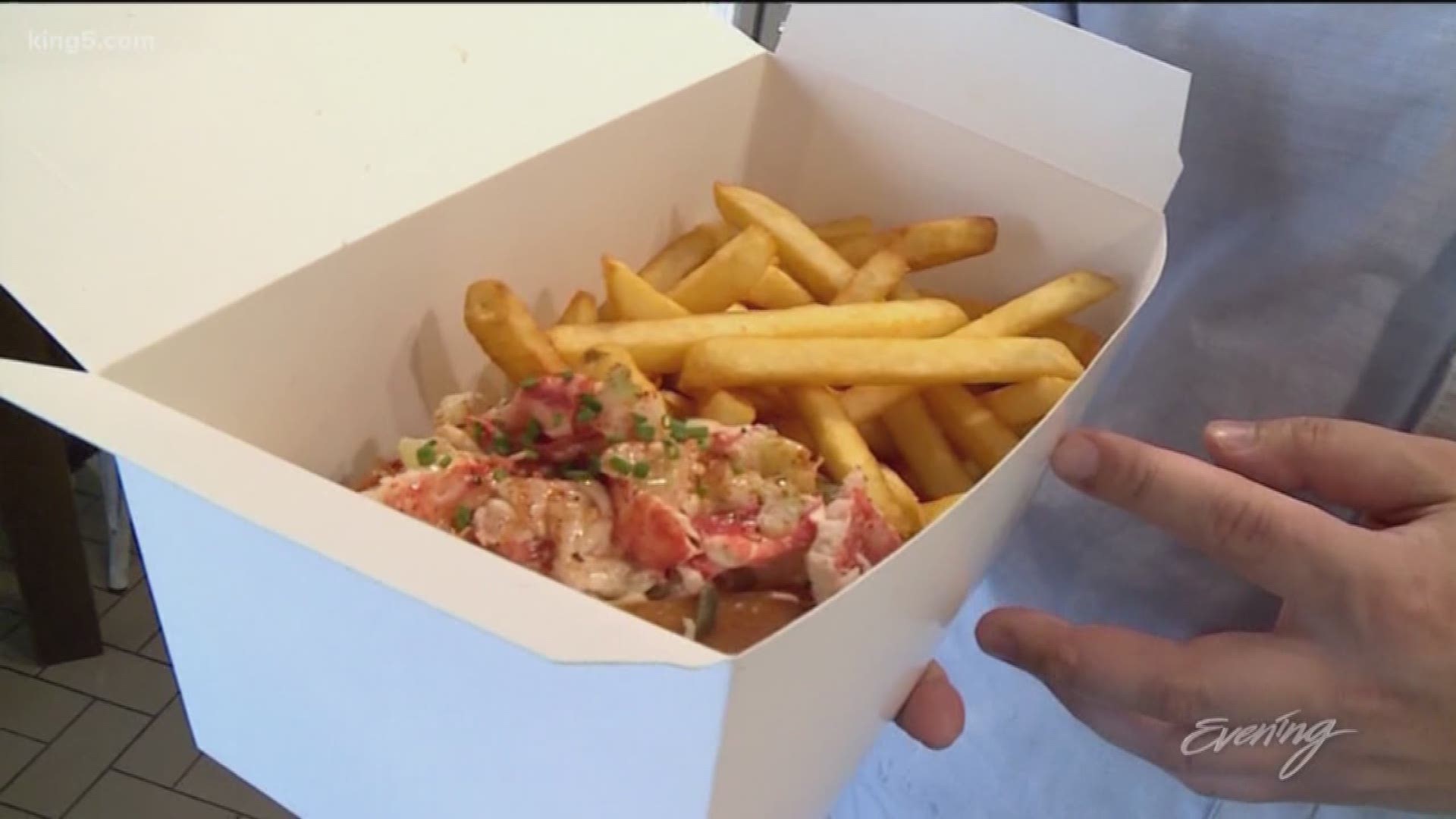 You'd have to look pretty hard to figure out what the seaside city of Edmonds is missing. There's no shortage of bustling businesses or beautiful scenery.

But on Main Street, restaurateur Shubert Ho found a window of opportunity.

“Nobody has oysters out of the window anywhere,” he says. “Not even in Seattle.”

Ho’s eatery does offer oysters at their window as well as fish and chips, their signature sushi burritos, and a $25 lobster roll.

“We get it overnight from Maine so it's really fresh,” says chef de cuisine Hans Korompis.

Just three months before we began polling viewers for the Best of Western Washington, Ho and Korompis opened the Mar-ket Fishmonger and Eatery.

“At heart we're all chefs doing the work of a fishmonger,” says Ho who is at work on a salmon steak.

“You want to have nice smooth strokes so you don't damage the skin and you want to follow the bones.”

For an extra $3 a pound, they will do a lot more than de-bone the fish you order.

“We'll cook it any way you want, and add some flavors and marinates to it and you can take it home,” says Ho. “You don't have to cook.”

“It's unique in its concept and they do a great job,” says Eric Brock.

Just 900 square feet, half of the place is devoted to retail item. It's a bit of a tight fit here, but at lunch time you might run into anyone at the Mar-Ket ...even Mayor Dave Earling, here to present the eatery with its award for best take out.

The ferry. The fountain. Now Edmonds even has a fishmonger.

Mar-ket Fishmonger and Eatery was voted BEST TAKE-OUT in 2018's Best of Western Washington viewer's poll. KING 5's Evening celebrates the Northwest. Watch it weeknights at 7:30 or streaming live on KING5.com. Connect with us via Facebook, Twitter, Instagram or Email.