Plymouth Housing is a non-profit that not only gives people shelter - it helps them build their lives. Sponsored by Premera as part of KING 5 Konnected. 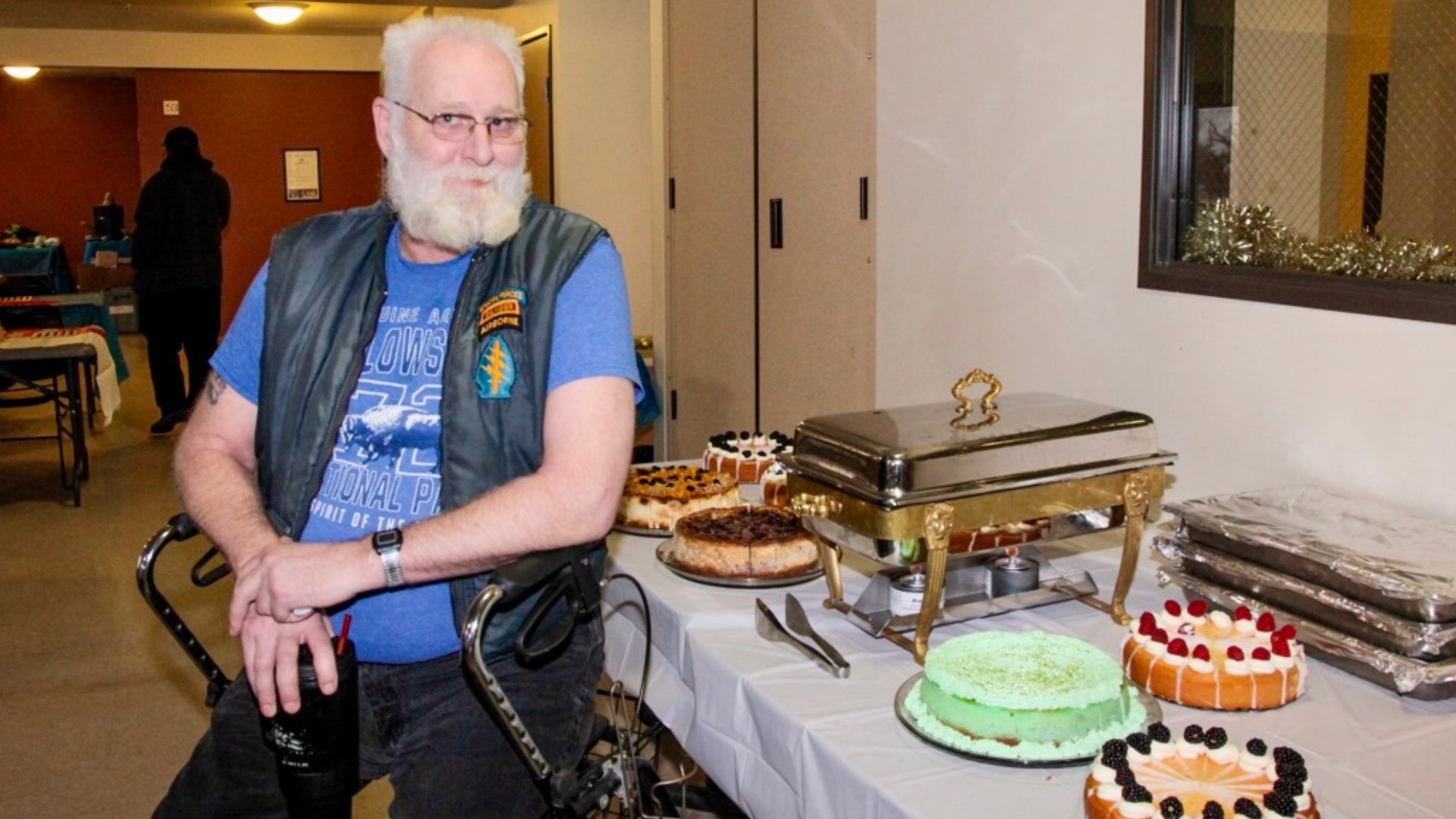 SEATTLE — Plymouth Housing, a non-profit dedicated to housing those who are facing homelessness, has a building called Almquist Place. In front of the building is a kinetic sculpture - metal cranes that move with the wind.

It's only fitting that cranes appear in front of Plymouth's building, because many of their tenants are survivors in their own rite.

"I was introduced to Plymouth after a man, Garrett, found me under the bridge on Spokane," says Ruben Leos, one of Plymouth's residents. "He asked me if I wanted help, and he got me into Plymouth."

Plymouth Housing began in 1980, after members of Seattle's Plymouth Congregational Church became concerned for the people sleeping on the church's doorstep. Since then, the organization has grown across Seattle, with multiple locations for residents to live and thrive in.

"It's a blessing," Leos says. "I feel really blessed."

Leos has faced not only homelessness, but addiction and a traumatic brain injury. The home and support he receives at Almquist Place has helped him achieve his goals, whether that's applying for a job or maintaining sobriety. The organization concentrates on both the basics - food, hygiene, healthcare - and the higher needs everyone has, like creating a community or offering computers so residents can keep up with friends over email.

"Being able to move someone in and give them keys to their home...it's a true joy. It's a best feeling in the world," says Director of Property Management Trina Thompson.

It's a reminder that even if someone has lost their home in the past, there still can be hope and a home on the horizon.

"Most of us are survivors," Leos says. "We're fighters."