Author Sarah Kapit has always been a reader, but many of her favorite childhood books don't feature autistic characters. She decided to write her own. #k5evening 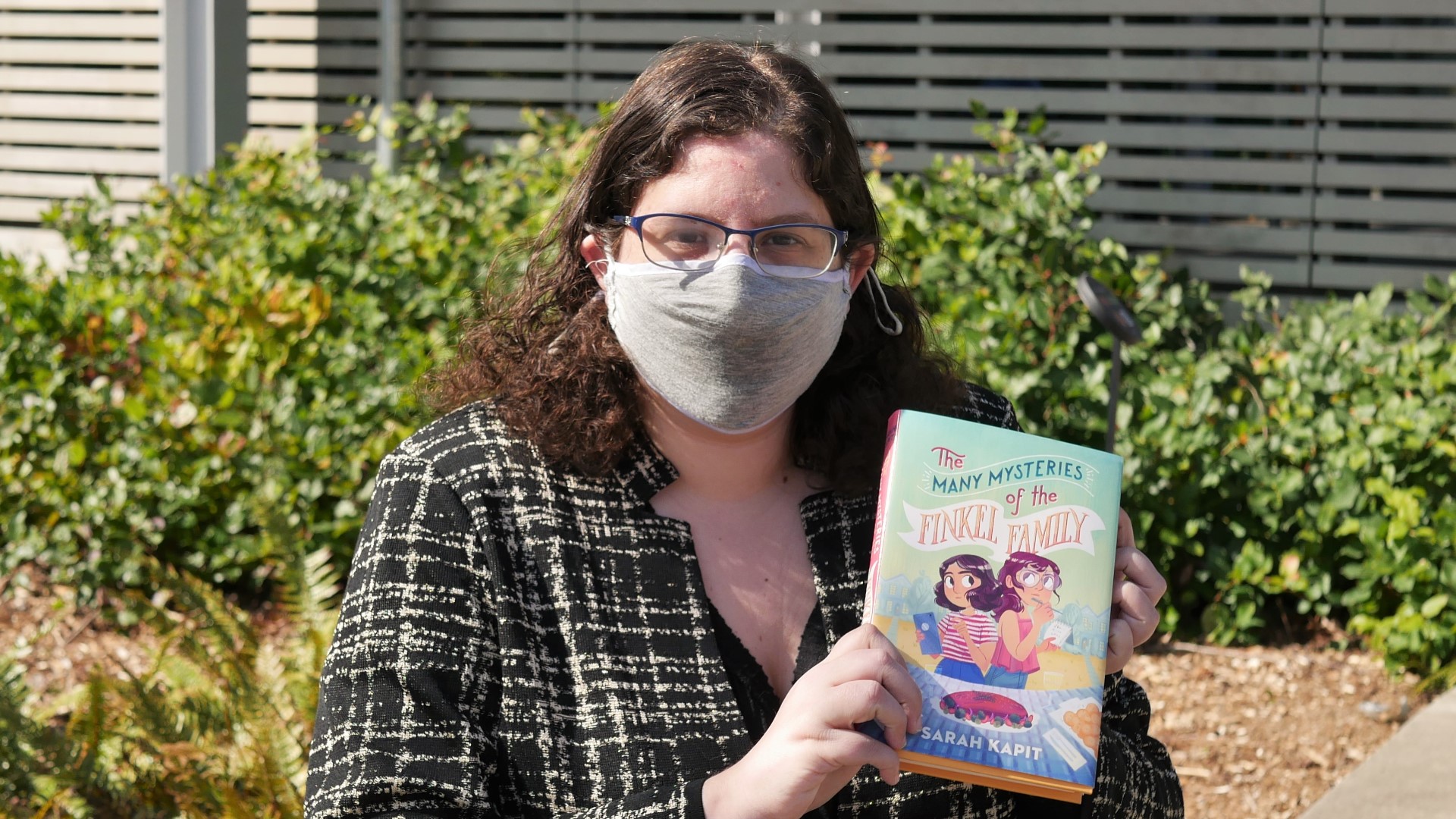 BELLEVUE, Wash. — Bellevue author Sarah Kapit has always been a reader - but many of her favorite childhood books don't feature any autistic characters.

"And often times the books that did weren't particularly nuanced representation," says Kapit.

Even today, many books don't feature robust autistic characters. So, Kapit decided to write her own.

"Being part of the autistic community myself, this has been very important to me to represent," says Kapit.

Her book The Many Mysteries of the Finkel Family follows two sisters - twelve-year-old Lara, and eleven-year-old Caroline - who live in Seattle. Lara, a budding detective, starts her own detective agency...and reluctantly allows Caroline to help.

"The big mystery that they decide to solve is why their dad ruined the brisket for Shabbat dinner," Kapit says.

This isn't really a mystery book, though. There's much more to it.

In the book, Kapit represents both her Sephardic Jewish heritage and her experience being autistic. In fact, most of the Finkel family is neurodivergent - meaning they have different neurological conditions, such as autism and ADHD.

"I wanted to show a sibling story, and I think you see with disabled siblings, one is disabled, and one is 'normal'," Kapit says, referring to books. "I think it's just a very tired dynamic that we've seen many time before. I wanted the sisters to both have autism, but they still have conflicts."

Credit: KING 5
Sarah Kapit is the author of 'The Many Mysteries of the Finkel Family'.

The sisters work through all of the trials and tribulations of being eleven and twelve, from making friends at school to navigating family conflicts. Their experiences are affected by how others see their autism, and how it colors their own experiences.

Caroline, Lara's younger sister, uses a tablet to communicate with her family and friends. She types in what she wants to say, and the words are repeated by the tablet's voice. It's not something you usually see in books.

"Being in the autistic community, I know a lot of people who use tablets to speak," Kapit says. "And I'd never seen it in a book before, so I said, 'why not?'."

"Since the book's come out, people have said it really meant something to them," Kapit says. "And that's so gratifying."

Credit: KING 5
The Many Mysteries of the Finkel Family follows two sisters - Lara and Caroline - who are both autistic.

Now, Kapit is making sure young autistic readers have the kind of characters she wished she had as a kid. Kapit's first book is Get a Grip, Vivy Cohen!, which features autistic eleven-year-old Vivy Cohen, who dreams of playing baseball for the big leagues.

You can buy The Many Mysteries of the Finkel Family at your favorite local bookstore, or on Amazon.