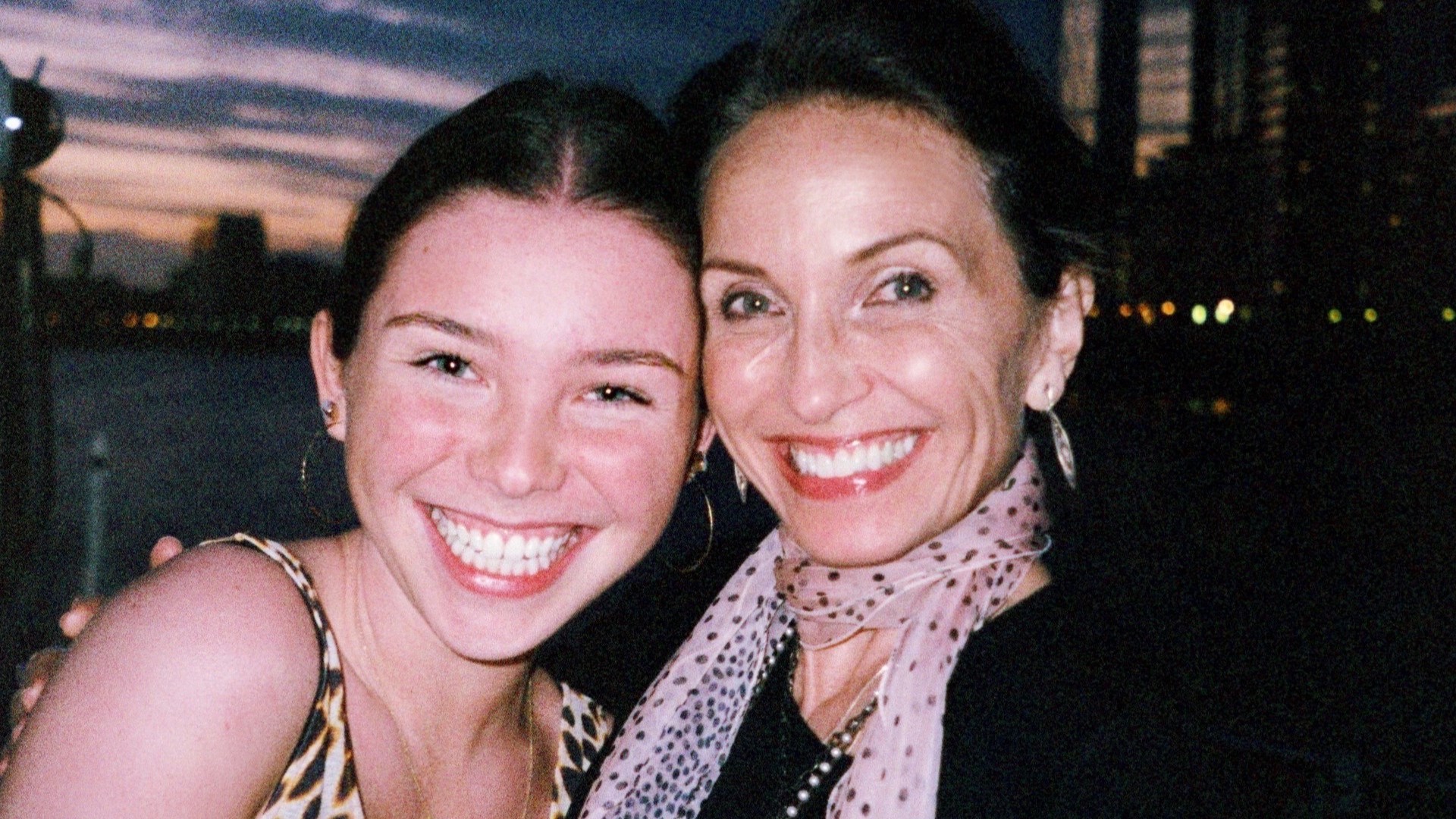 SEATTLE — May is Mental Health Awareness Month, and one voice speaking clearly and widely on the subject belongs to Lily Cornell Silver.

The 20-year-old Seattleite and college student is also the daughter of the late Chris Cornell.

In more than two dozen episodes, she’s talked to famous musicians like Eddie Vedder and Ann Wilson, actors like Michael K. Williams and Taylor Momsen, and doctors/mental health experts like Dr. Mark Brackett, who started the Yale Center for Emotional Intelligence. They all share one common trait: willingness to share their own experiences, struggles and advice.

Cornell Silver spoke with Kim Holcomb about why she launched the series, what she’s learned from it, and how she hopes it impacts others.

CORNELL SILVER: “I launched in honor of my dad - I launched it on his birthday last year, actually, July 20th. Really, I wanted to create something that I needed. That was the basis for the whole thing. I was really struggling with my mental health in the midst of the pandemic, which is a global trauma we're all experiencing in some way, shape or form. And it was coming up on the anniversary of my dad's passing. For me, being someone who already struggles with anxiety, depression and PTSD, it was such a traumatic and intense time. I wanted to create a centralized resource where people could get completely free, completely accessible mental health advice."

HOLCOMB: "Where did the name come from?”

HOLCOMB: “Generationally there’s a difference between many of your viewers, and when I see some of the older people you talk to who are my contemporaries saying, ‘When I was growing up, I just didn’t have the language,' it resonates. Have you learned new language through this?”

CORNELL SILVER: "For sure. But also I’m someone who’s lucky - my mom put me in therapy when I was seven and it's one of the best things that's ever happened to me. I truly attribute so much of my ability to talk about my experience and to talk about mental health to the fact that I learned vocabulary around my own emotions from a young age. Dr. Mark Brackett, who started the Yale Center for Emotional Intelligence, said, ‘It's a human right to be able to articulate how you feel.’"

HOLCOMB: "What topics do you cover? That may be too broad of a question (laughter) but what are some of the things you've talked about?"

CORNELL SILVER: "Yeah, the mental health umbrella is so large, that was kind of a daunting undertaking at the beginning - how am I going to fit everything into this? My goal has been to have as diverse of a range of guests as possible, that can talk about their experiences or their expertise, each one is different to the next."

HOLCOMB: "What do you think the impact is for fans to see this person who they love, talking about things they may be experiencing in their own lives?”

CORNELL SILVER: “I think there's so much power in it. Joining public figures into the conversation helps so much with shedding the stigma, especially with people like Ed (Vedder) who people admire so much. I had Duff McKagan from Guns N' Roses speak about it, and most of the comments I got were, ‘I've admired this guy my whole life and we struggle with the exact same things!’ And I just think there's so much power in that."

HOLCOMB: "How did you get comfortable in stepping into your own power talking about this, and how would you encourage other people to do the same?”

CORNELL SILVER: "A huge part of it for me has been having my mom (Susan Silver, Alice in Chains manager and owner of The Crocodile) as someone who models for me vulnerability, and who cultivated a space where I could be vulnerable and honest about how I was feeling. One of the scariest things can be being vulnerable with someone and have them throw it in your face or use it against you later or whatever, but at the end of the day that has nothing to do with you and everything to do with them.”

HOLCOMB: "Talk to me about the role you feel social media can play in all of this?"

CORNELL SILVER: "It's such a double-edged sword and it has been one for me, as well. It's easy to jump into the school of thought that it's all completely negative and there's no benefits from it, but I think even this time with the pandemic has shown us there's so much connectivity to be had, and so many resources to be found. I definitely have fallen into the comparison trap when it comes to social media, spending way more time caring about other people's lives than my own. You don't have to just look for the negative things on social media. You can curate your feed to just be things you want to see, and that's what I've done."

HOLCOMB: "What does it mean to you to destigmatize talking about our mental health, tangibly?"

CORNELL SILVER: "It looks like a world where suicide rates are far lower. It looks like a world where there is far less discrimination - I mean, it's such an intersectional issue, you can't really talk about any activist issue without it being intersectional. It comes to socio-economically, people having access to mental health resources, it comes to racially, us defeating the stigma is every racial and ethnic group. One of the things that I always come back to is I truly believe that suicide rates and suicide attempt rates would be so much lower if it were something that we were talking about in an open platform and just in our day-to-day lives."

HOLCOMB: "How do you think Seattle is doing in our perception of mental health, our openness with talking about it and making significant changes?"

CORNELL SILVER: "I think anyone who lives here knows, it can be a very intense place for mental health. There's a huge homelessness crisis, there's a drug epidemic, and the seasonal affective disorder - we laugh about it, but it's such a real thing and such an intense thing. I feel like during COVID, we've seen more steps be taken and the conversation opens up a lot more. I truly feel like it's at the point where we can't ignore it anymore and it has to come to light."

HOLCOMB: "What piece of advice rises to the top when you think about what other people your age - college students, maybe even kids a little bit younger - what can they do to feel more confident talking about where they're at with their own mental health?"

CORNELL SILVER: "Not everybody has people they would feel comfortable - or would be receptive - talking to about it, and that's such a difficult thing because I have no idea what it would be like for me if I didn't have my mom. If you don't feel like that or you can't think of anyone you would feel comfortable talking about it with, for me one of the things that's gotten me through is truly -- you're not the only one dealing with that and nothing is permanent. Just recognizing there are millions of other people feeling the exact same way as you, even though circumstances may be different. And that can instill enough confidence to be open about it with at least one person you know, or to seek an online therapist or to seek a resource or be able to talk about it on social media in a format that works for you. If we just think about it as a global issue that we're all tackling together, that's been helpful for me."

HOLCOMB: "What about if a person feels ashamed? They know they need help, but they can't ask for it."

CORNELL SILVER: "I make the comparison all the time between mental health and physical health. If you had a broken leg, would you feel ashamed about going to tell a doctor? And suffer in silence until it gets worse, and then you can't stand? It's the exact same thing, a chemical imbalance is a physical issue."

HOLCOMB: "What do you hope comes from your interview series?”

CORNELL SILVER: “Oh my goodness, way more has come out of it than I ever thought would come out of it! One of the most meaningful things to me was having friends reach out and say, 'This is amazing.' I had a friend reach out and say, 'I watched your first episode with my dad and we had never talked about mental health before and then we watched it and we talked about it,' and that's how easy it was. That tangible opening of conversations means so much to me. That's all I can hope for is that people are watching and having conversations."