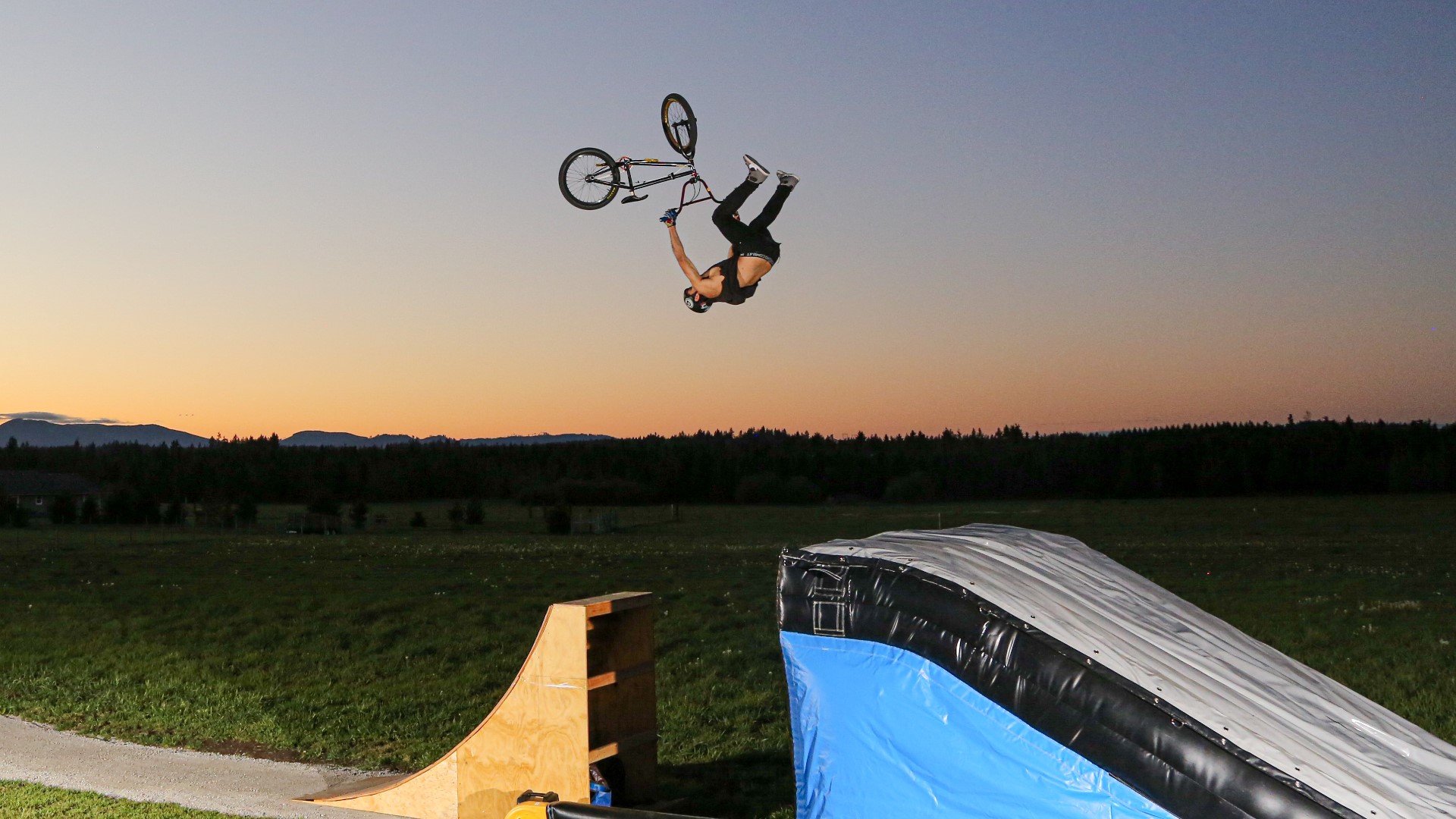 SEATTLE — In action sports, a split-second in time can show the adrenaline, skill, and danger of a trick.

And a young photographer is capturing them in memorable ways, in part because he understands what it takes to nail it on both sides of the lens.

Juan Ogaz’s fascination with extreme sports started when he was a child.

"Swimming, when I was a baby. My family just threw me in a pool,” he said, laughing. "To surfing, to biking, skateboarding, free diving, scuba diving, snowboarding."

He grew up in Argentina and moved to Miami at age 12 – right about the same time he discovered his father’s camera.

"He never used it. And he saw me using the camera and taking photos, and he went through the photos and said, 'Oh, those are good photos,’” Ogaz said. “So he gave it to me and since then I've been just taking photos."

The hobby also gave him an outlet, as he learned English and managed the cultural changes of emigrating.

"It helped me a lot. It's kind of my peaceful side,” he said. "Just grabbing a camera makes me happy."

Credit: Juan Ogaz
Shoots on the Washington Coast are the most challenging for Ogaz, who battles cold temperatures and strong currents to get the perfect shot.

He moved to Seattle as a teenager and now – at age 20 - devotes his time to documenting other extreme athletes like BMXer Mike Hoder.

"He's just a good kid,” Hoder said. “He's got a good head on his shoulders and he's on the right path."

Getting the perfect shot isn't easy, especially during surf shoots on the Washington Coast.

"There's a lot of things involved, between current, big waves, and surfboards coming straight to you," Ogaz said.

Credit: Juan Ogaz
Dalton Dean lands a trick between two ramps at All Together Skate in Fremont.

Skateboard shoots have also proven hazardous – he received stitches after one unfortunate day.

But he also go the shot. Ogaz said that feat that can feel just as good as landing a trick.

"With photography, it's kind of like you're guessing. And then you get in the car and you're like, 'I have the shot! Yeah!'" he said.

Follow Ogaz and check out his new photos on Instagram. For inquires, he can be contacted via email.