Gardening gadgets you can't do without

Ciscoe Morris points out a few of his faves at Swansons in Ballard. #k5evening 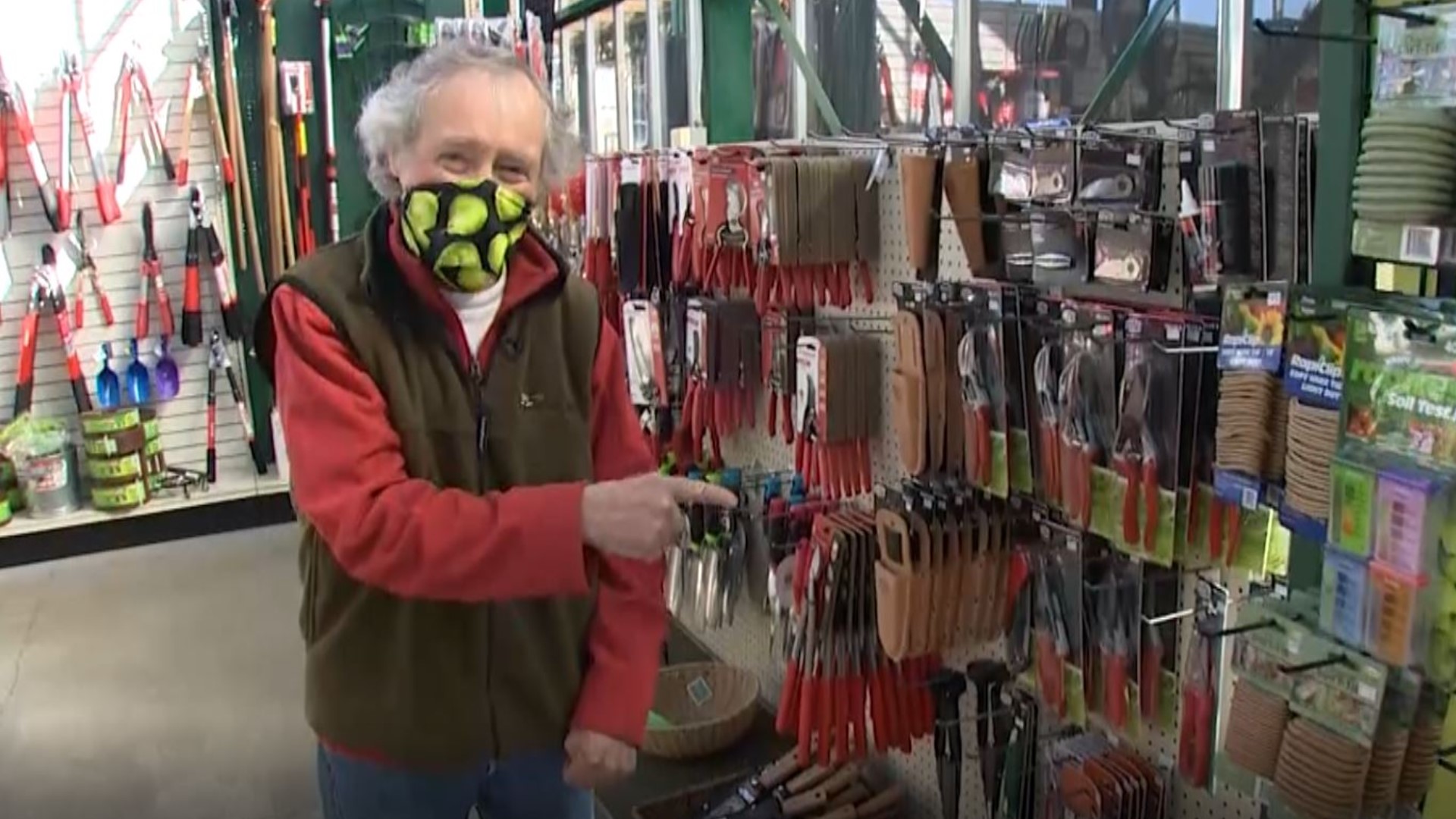 Gadget Number One  – Felco pruners. The price is steep (98 dollars a pair) but they have replaceable Swiss-made parts and will last a lifetime “If you're a right-hander you want Felco number 8s, if you're a leftie you want Felco number 9s.” He adds they fit a smaller hand well, and that he doesn’t walk out the door into his garden without his Felcos holstered up. And after gardening’s done? “I sleep with ‘em under my pillow.”

Gadget Number Two looks like a pogo stick but it’s not. Ciscoe recommends a hand aerator for refreshing dead spots in your lawn. “Just don't try to plug the whole big lawn with one of these, you'll be walking like a cowboy who rode the horse way too long,” he added.

Gadget Number Three is a simple way to keep from drowning your plants or damaging your home: "How many times have you turned on a sprinkler, forgotten that it was on, wasted water, drenched an area, you can even flood your basement! So you need a timer!” Ciscoe admits that some programmable ones are complicated, and he prefers ones that attach to the hose bib and offer a simple, color-coded twist dial to set the timer. He pointed out one by Dramm: “You just set it for the amount of time you want, let it run, it'll turn itself off. This is my baby and you don't have to have a doctorate degree in faucet timers to put one of these to work!”

Gadget Number Four leans more toward décor: “So if you're like me and you bring dirt into the house, marriage counseling is getting so expensive so you need a good doormat!” Swansons had a wide variety of colorful mats, and Ciscoe found a ladybug mat to brighten up his porch. He grabbed the last one, but they promised they’d order more.