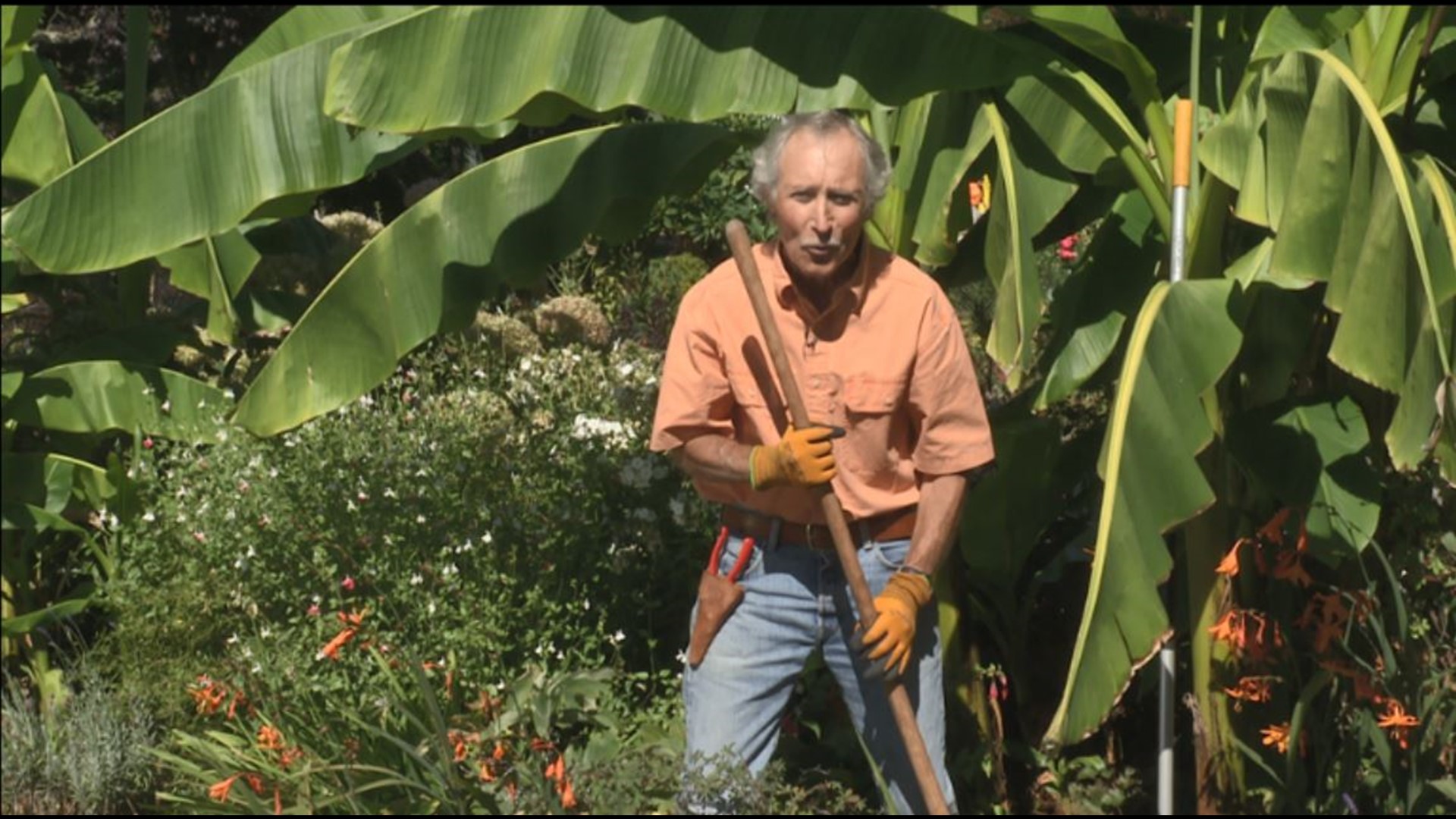 SEATTLE — Welcome to September! Ciscoe says there are three mistakes gardeners make this time of year, and he’s here to save you from those end-of-summer gardening blues.

“The worst thing you can have in your garden is bare soil. The rain pounds the tweedle out of it and compacts it, roots can get damaged from cold, and if you don't mulch, you know what makes a weed seed germinate? Being hit by direct sunlight. So if you've got bare ground, you're gonna have a weed problem like you've never seen in your life.”

Ciscoe’s favorite mulch? Wood chips from a local arborist. And there’s a way to get them for free: Getchipdrop.com connects mulch seekers with arborists. Be warned though – they deliver the stuff by the dump truck full. If you only need a couple of square feet of material, this isn’t the service for you.

Ciscoe says to be sure to weed before mulching. Knocking them out with a circle hoe on a hot day makes short work of the task.

“There’s one last I forgot to tell ya about using wood chips as a mulch – it breaks down into the best topsoil you've ever seen!”

“So the second biggest mistake gardeners make is waiting until the plant falls down before you stake it!” Ciscoe is guilty of this one himself, he explains as he points out the exotic plant drooping onto the street in front of his house. He uses twine and a taller-than-him bamboo stake to get the plant out of the street, but breaks off some of the stalks during his salvaging efforts. Better to stake in the spring when the plant’s small.

MISTAKE #3 – NOT BUYING THAT PLANT

“The third mistake gardeners make is they listen to the experts who say ‘don't buy a plant unless you know where it should go’. Then you'll miss out on a great plant, you’ll go back the next day and it'll be gone. This is a Cheyenne Spirit – look at all the different colors on this,” he exclaims, holding up an echinacea with orange, yellow and gold flowers that he just couldn’t pass up.

“Okay I gotta admit I don't have a lot of easy places to put it, but it’d look great over there by where that fuchsia is. Of course then I’ll have to move the fuchsia….” Ciscoe figures he’ll have to move about 40 plants to make room for his new Cheyenne Spirit.