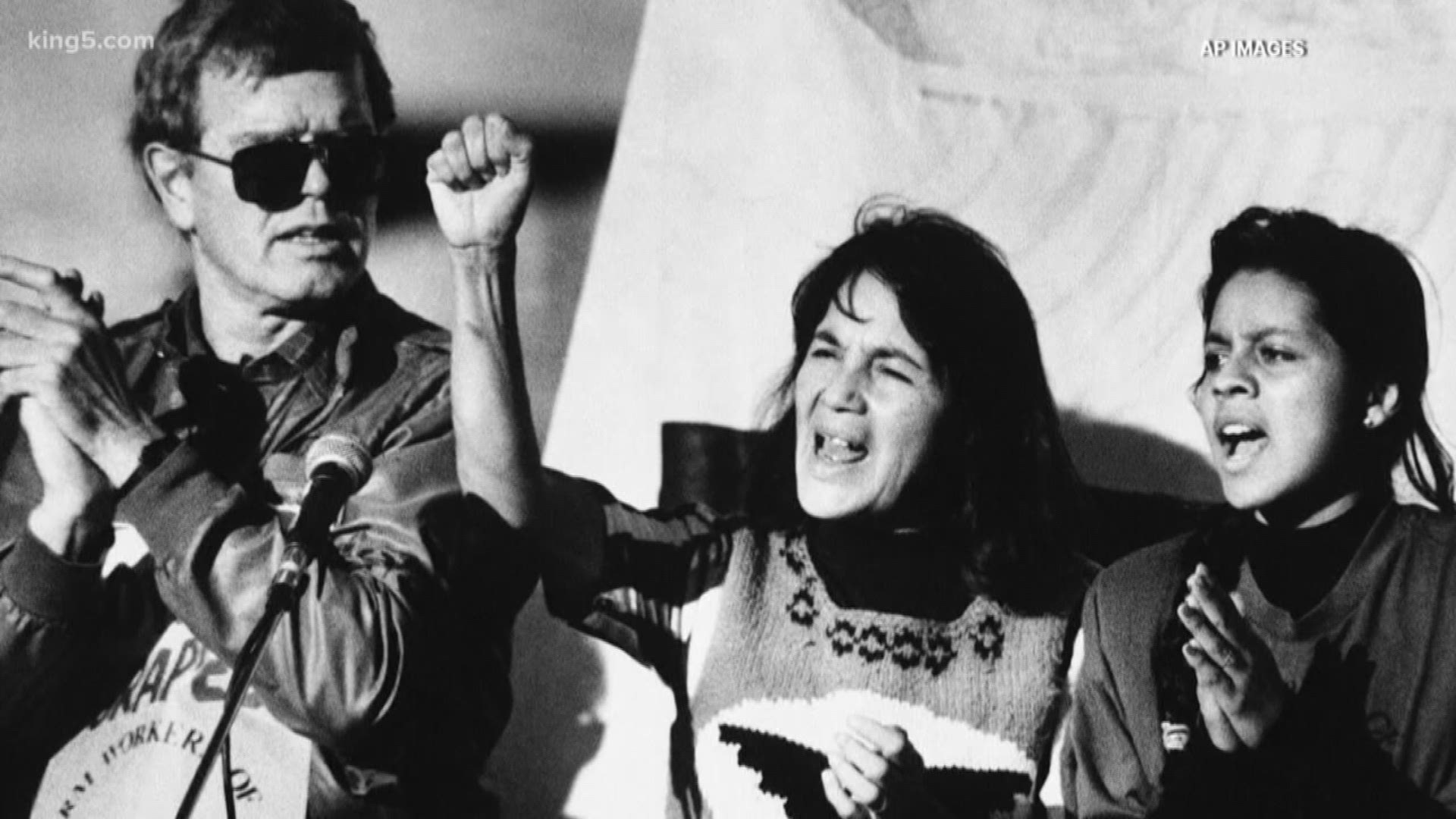 The measure honoring the Mexican-American social activist passed the Legislature earlier this week. Inslee signed the measure Thursday, saying that called Huerta a woman of "tremendous accomplishment" and saying that workers everywhere are indebted to her.

Huerta, who will turn 89 on April 10, was a labor leader and civil rights activist who co-founded what would become United Farm Workers with Cesar Chavez. Last year, Washington lawmakers passed a bill designating March 31 as Cesar Chavez Day. Such days of recognition are not considered legal holidays in the state.

In 1965, Huerta and Chavez led a historic boycott and strike against the grape industry demanding better wages and working conditions for farm workers. The strike lasted more than five years and in the end, grape growers signed union contracts and agreed to give workers better pay, benefits, and protections.

Former President Barrack Obama awarded her the Presidential Medal of Freedom in 2012.

Obama acknowledged Huerta for her role in the creation of his "Yes, We Can" slogan during his first presidential campaign. Her "Si, Se Puede" rallying cry was part of the farmworkers' movement.