The 92-year-old woman finally got to say 'thank you' during a surprise meeting this week. 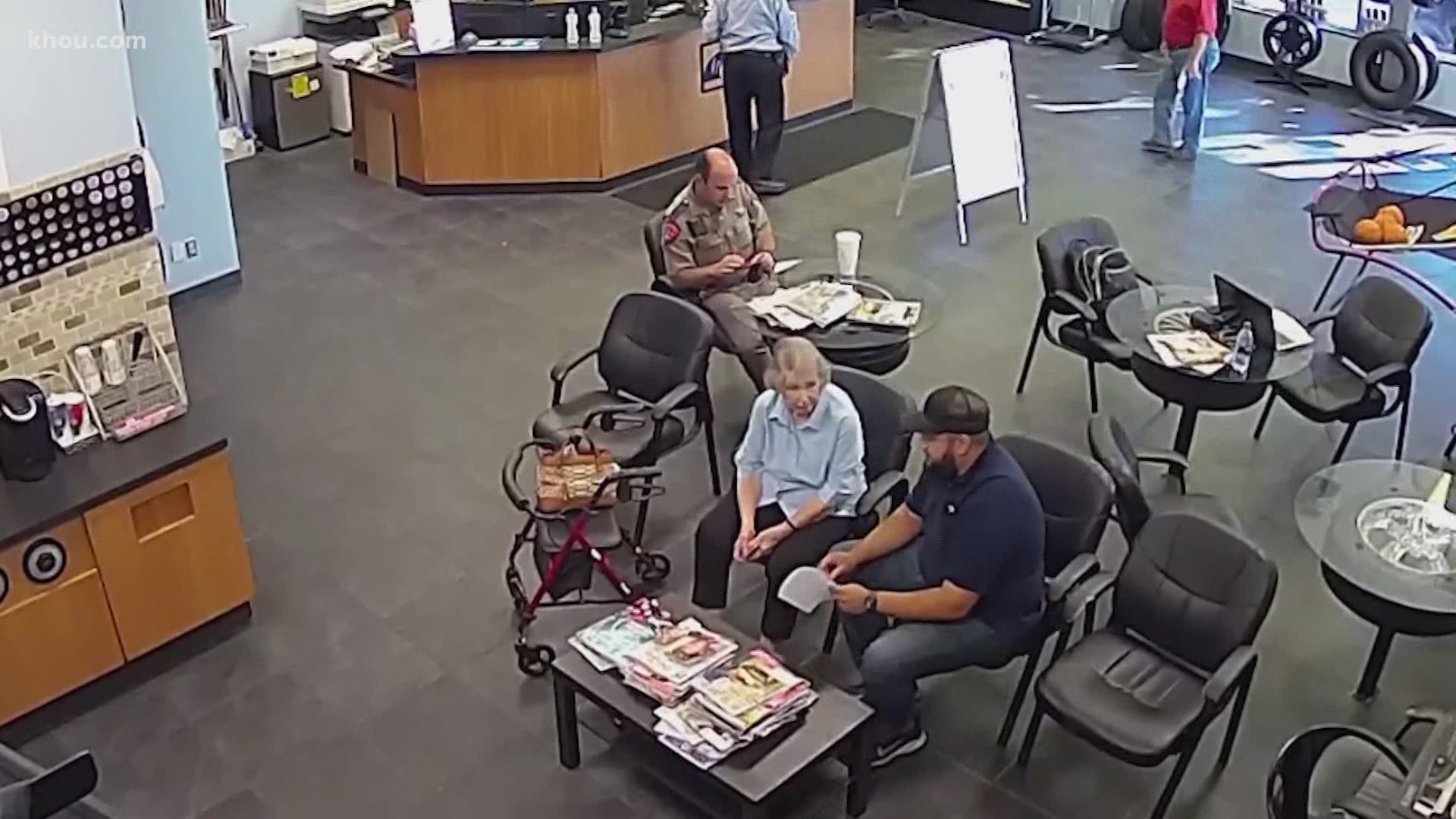 RICHMOND, Texas — These last few weeks have not been easy. Much of what has been heard and seen showed humanity at its worst.

But this week we found genuine kindness is still alive and can be found in the most unexpected places -- like at a tire shop in Richmond, Texas.

Mary Summers, 92, got to the Integrity Tires early after one of her tires picked up a nail.

Mechanic Omar Oregueda was helping her.

“The tire on her vehicle wasn’t repairable and the other tires were shot,” Oregueda said. “They were already completely destroyed.”

The tires were all cracked and unsafe.

Video from inside the store shows the moment when Oregueda gives Summers the bad news: The new set of tires will cost more than $600.

It was more than she could afford.

Summers said she did not realize there was a Texas Department of Public Safety trooper sitting right behind her,waiting for his oil change to be finished.

The store video shows his discomfort as he silently deliberates his next move.

Eventually, the trooper gets up, walks up to the counter, then leaves.

Soon after that, Oregueda walks back to Summers and tells her all of the tires will be replaced.

“He said, 'They’re paid for and everything.’ And I said, ‘Who paid for it?’ And he said, ‘The trooper that was in here.’ And I can hardly talk about it now because I want to cry because he did that. And he did it, and he left.”

The video shows Summers sitting in disbelief as she replays in her mind what just happened. She says her only regret is that she never got a chance to say thank you.

KHOU 11 managed to track down the officer who made the extraordinary gift to a stranger.

Texas DPS Trooper Drew Stoner said he wasn’t looking for attention. He said something in his gut told him he had to do it.

“I’m thinking, 'What if she goes out on the road and a tire goes out on her (or) kind of falls apart on her, and she’s on the side of the road?'” Stoner said.

With Summers' tires fixed, and the trooper identified, there was only one thing left to do: Summers still wanted to say thank you.

She was finally able to.

Stoner and Summers finally got to meet in a surprise meeting. Two people who were strangers on Thursday morning were close friends by the end of the week.

“I’m just so thankful for you, and I’m so proud,” Summers told him after they hugged and chatted. “I’m proud to meet someone that has a heart that big. I just love you to death.”

It turned out the kindness became contagious.

After the trooper bought the tires, Oregueda did Summers’ oil change for free.

“For a stranger to take care of another stranger like that ... let’s all just take care of each other,” Oregueda said. "That’s what it’s about.”