Liam Gossett, 5, wanted to raise money to buy Christmas gifts for kids in need. His story inspired one man to match what Liam raised so he could help more people. 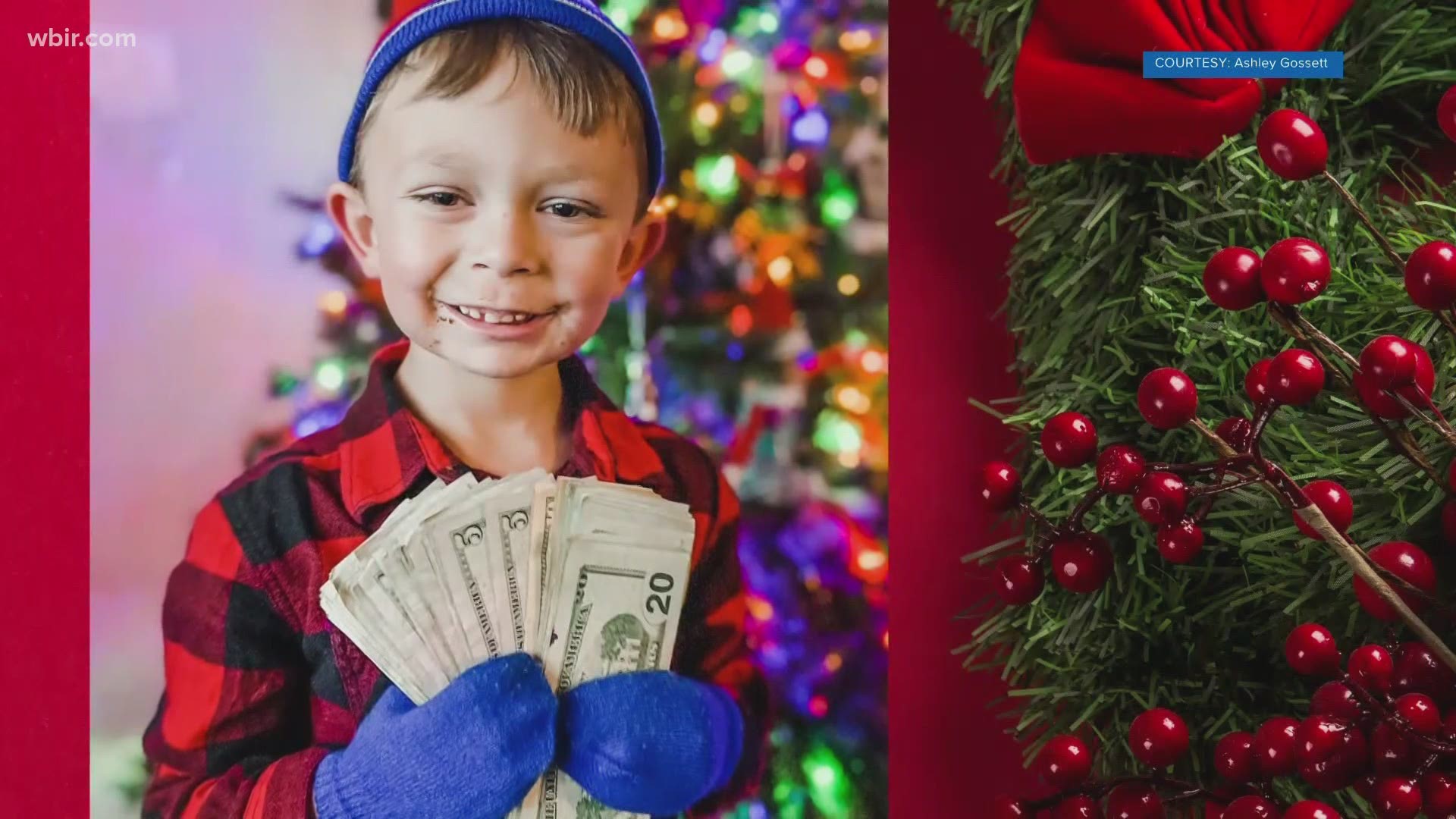 "He came from such a rough situation and now he's wanting to do stuff for other people, wanting to raise money for other kids, and at 5 he understands how important that is," said his mom Ashley Gossett.

Liam was adopted from the foster care system this spring and knows what it's like to not have much.

10News shared his story last week, where it went from television to the internet to the radio.

Michele Silva with our partner radio station B97.5 shared Liam's story during a morning broadcast.

Then, the phone rang at the radio station.

"He said, 'I just can't believe this child. He's only 5 years old and he has such a big heart for other people,'" said Silva.

Credit: Ashley Gossett
Liam stands in front of his hot chocolate station with a homemade sign.

An anonymous man wanted to match what Liam raised and then some.

It's now enough money to bring two families in need the best Christmas ever.

When asked why he wanted to do this, Liam simply answered, "to make them happy."

In the process, he made his family so proud.

"That he's willing to do this for other kids, I just think it really hits a lot of people and it's just, we're so proud of him. I know I keep saying that but we really are," said Gossett.

It definitely hit home with the Secret Santa and so many others who know this spirit of giving is what Christmas is all about.

Gossett said she doesn't know how Liam will top this next year.

He's already planning to have another hot chocolate fundraiser next Christmas.