"Read to Rover" dogs get portraits in Port Townsend 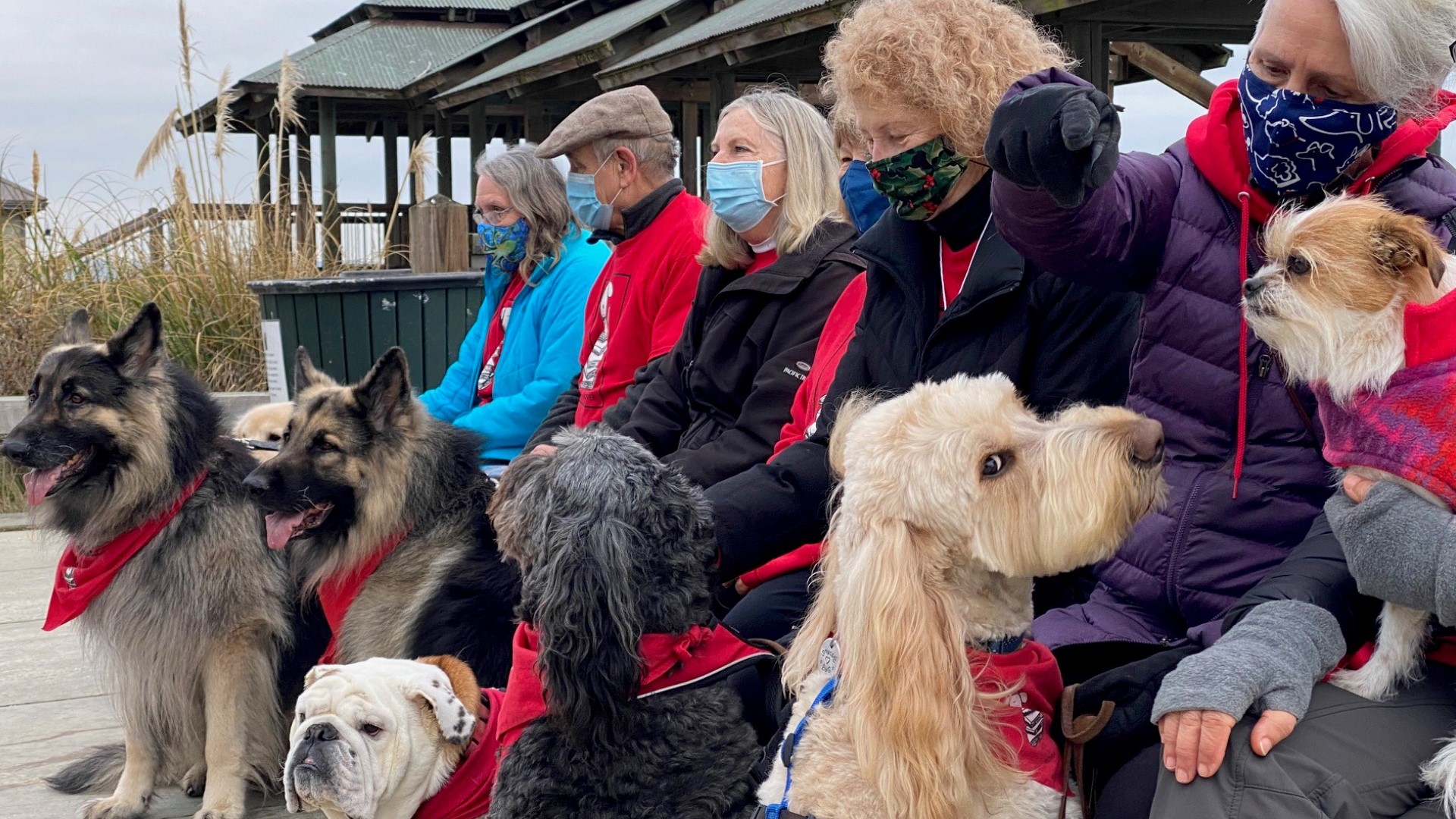 "Read to Rover is a reading program with canine companions and their owners, they come every week to school," explains Kim Pratt, a retired speech pathologist and coordinator of Chimacum Creek's Read to Rover program. Volunteers bring dogs, kids bring books, and learners become readers in a non judgmental environment.

"When they get to read to the dogs, the dogs just listen," said Pratt. "The dogs provide a sense of love and compassion, along with their humans."

For the program's 10th anniversary, Pratt wanted to do something special. "And so there was part of me that thought, wouldn't it be fun to paint the dogs. Not knowing how to paint, or what I was getting into."

This brand new painter set out to paint portraits of all 23 Read to Rover dogs under the guidance of art teacher Julie Read. "When she described the Read to Rover program and her goal, I just couldn't help but jump all the way in," Read explained.

Three portraits are set apart from the rest. The only ones that Pratt didn't paint. "My friend and colleague Christie Johnson came down with ovarian cancer, and she had to stop teaching, she taught kindergarten. So Christie joined our team and painted a couple of the dogs - but unfortunately she passed before she was able to finish." Pratt went on to explain that she couldn't finish her friend's portraits, it was too emotional. So art teacher Julie Read finished them, including a portrait of Grady, a dog Christie volunteered with before she passed away. Christie's finished portraits hang with the others at Elevated Ice Cream in Port Townsend.

The 23 portraits will be taken down and given to the Read to Rover volunteers at the end of February. And Kim Pratt says she'll keep painting, because a lot of new dogs have joined the program in the three years since she's started.

And the Read to Rover dogs, and their volunteer owners, have many more stories to tell.

"It's a tribute to the people, to the dogs, and to my friend," said Pratt.

KING 5's Evening celebrates the Northwest. Contact us by using the form below.