The song is meant to lift people up who may be feeling the loneliness of quarantine and social distancing during the holidays. 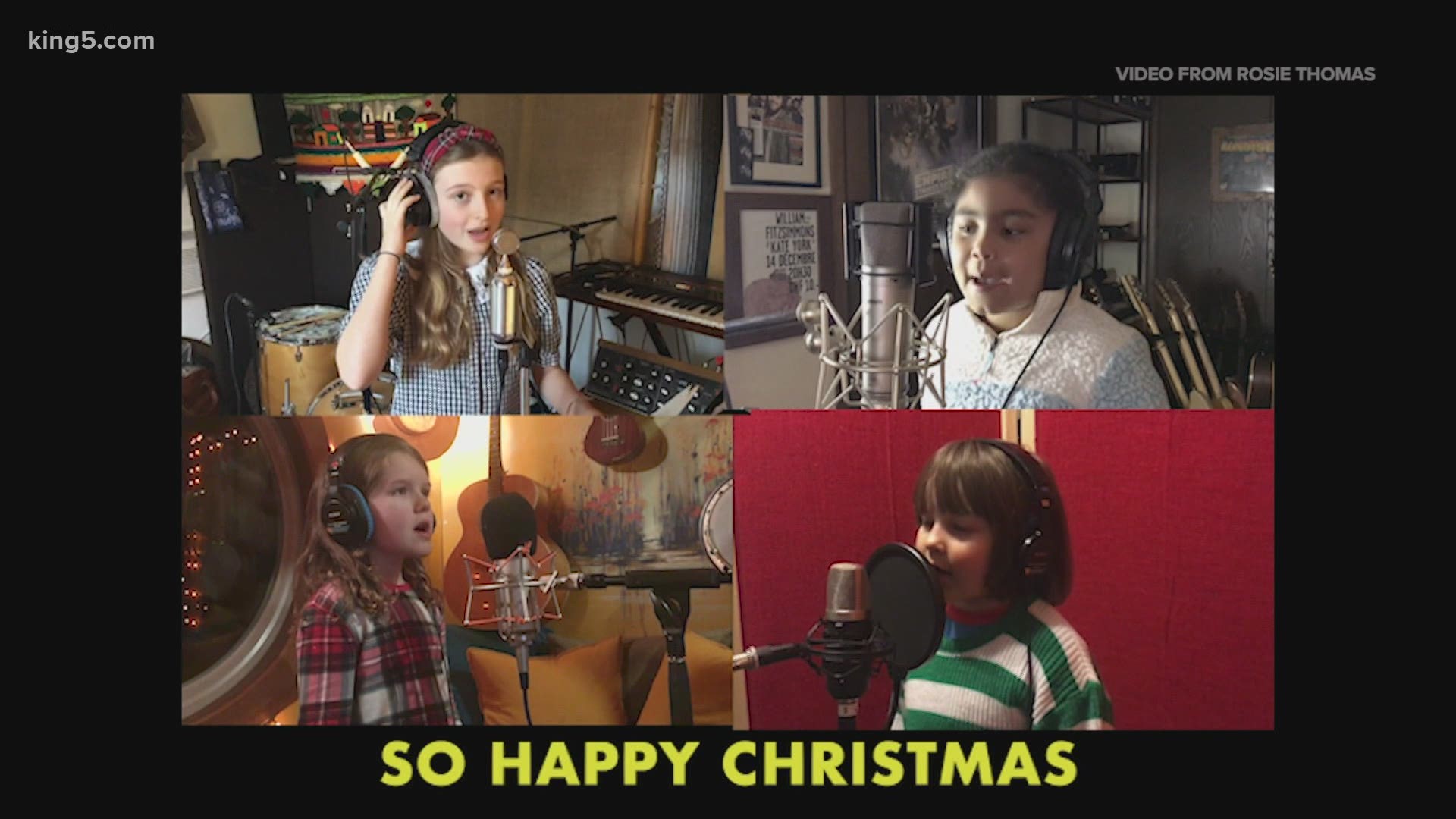 The holidays look and feel a lot different this year as the coronavirus pandemic has altered traditions and limited family gatherings.

Staying home is certainly isolating for many, but it’s also provided time to create new traditions.

For Rosie Thomas and her husband Jeff Shoop, it was a moment of inspiration that came from their 6-year-old son, Buster.

In fact, he asked if he could “make a chariot.” His mother Rosie was able to interpret her 6-year-old's intentions.

“He said he wanted to make a chariot but I realized he meant charity,” she said.

After discussing various ideas, Rosie mentioned they could write a song. He loved the idea. She is a musician and said it’s a song that came to her very quickly because of the anxiety that 2020 has come with.

Providing some joy and hope for a brighter new year was their goal and assembling the virtual choir was simple.

The family reached out to friends with kids across the country. The internet took over and before they knew it, kids were singing their original song from Lynnwood to London.

“A Brighter New Year” celebrates family and the bonds of friendship in a way that really hits home in 2020. Rosie and Jeff said their kids had so much fun recording it that they took promotion pictures and decided to form a band.