Her brother, a Marine, surprised her on the stage 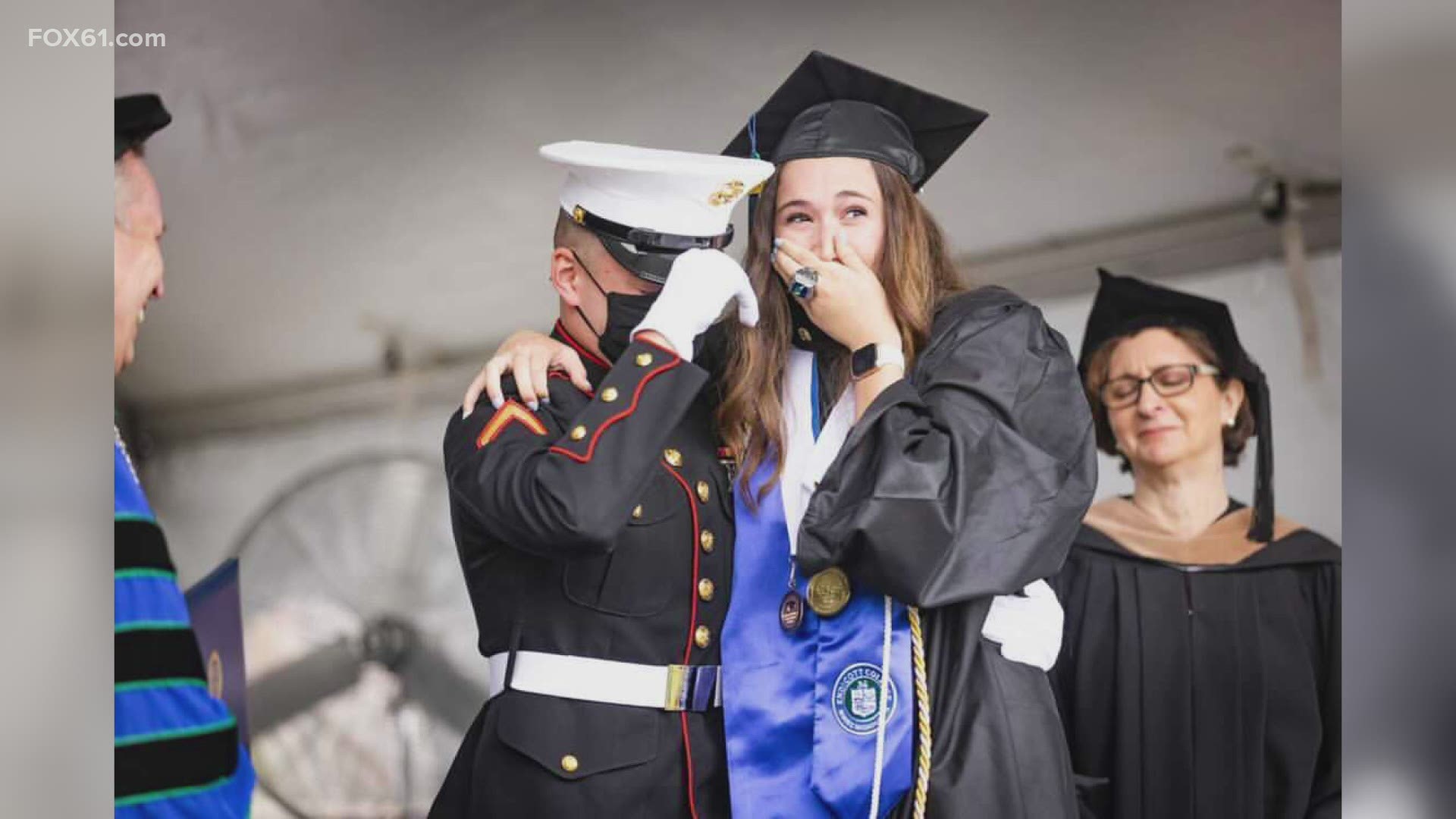 BEVERLY, Massachusetts — An Endicott College graduate from Stratford, Connecticut was in for quite the surprise when she walked across the stage for her diploma, Friday.

She has not seen her brother in a year. Booth started across the stage to receive her diploma when the announcer said her name. And continued, by saying, “Here to assist President DiSalvo in handing Emily her diploma, is her brother, Private First Class, Ryan Booth.” The crowd cheered as Emily turned in shock and hugged her brother, who was masked and in full dress uniform

Their parents were both at the ceremony and they were the ones who set up the surprise. Endicott is in Beverly, Massachusetts

Emily said, “When I got onto the stage, there was a brief pause and I thought I might have done something wrong, like, oh, I went the wrong side or something. But then when he walked out, I totally wasn't expecting it because from my understanding, he wasn't coming home until next week, so seeing him was just super exciting because it's been a year since I've actually seen him so it was great to have him with me during that moment.

Ryan said, “In the last couple of days while I was home, I wasn't really trying to talk to her much because we Snapchat a lot, so I kind of had to limit that so she wouldn't really think I was actually home, but then we actually get there and in my mind, I'm just like oh my gosh, this is actually happening.”

Emily got her bachelors degree in nursing and her goal is to become a family nurse practitioner.

HERE ARE MORE WAYS TO GET FOX61 NEWS

Stream Live on ROKU: Add the channel from the ROKU store or by searching FOX61.