DC man strives to be the best DJ despite visual challenges

"It's imperative that you believe in yourself," John "DJ Double M" Colbert said. 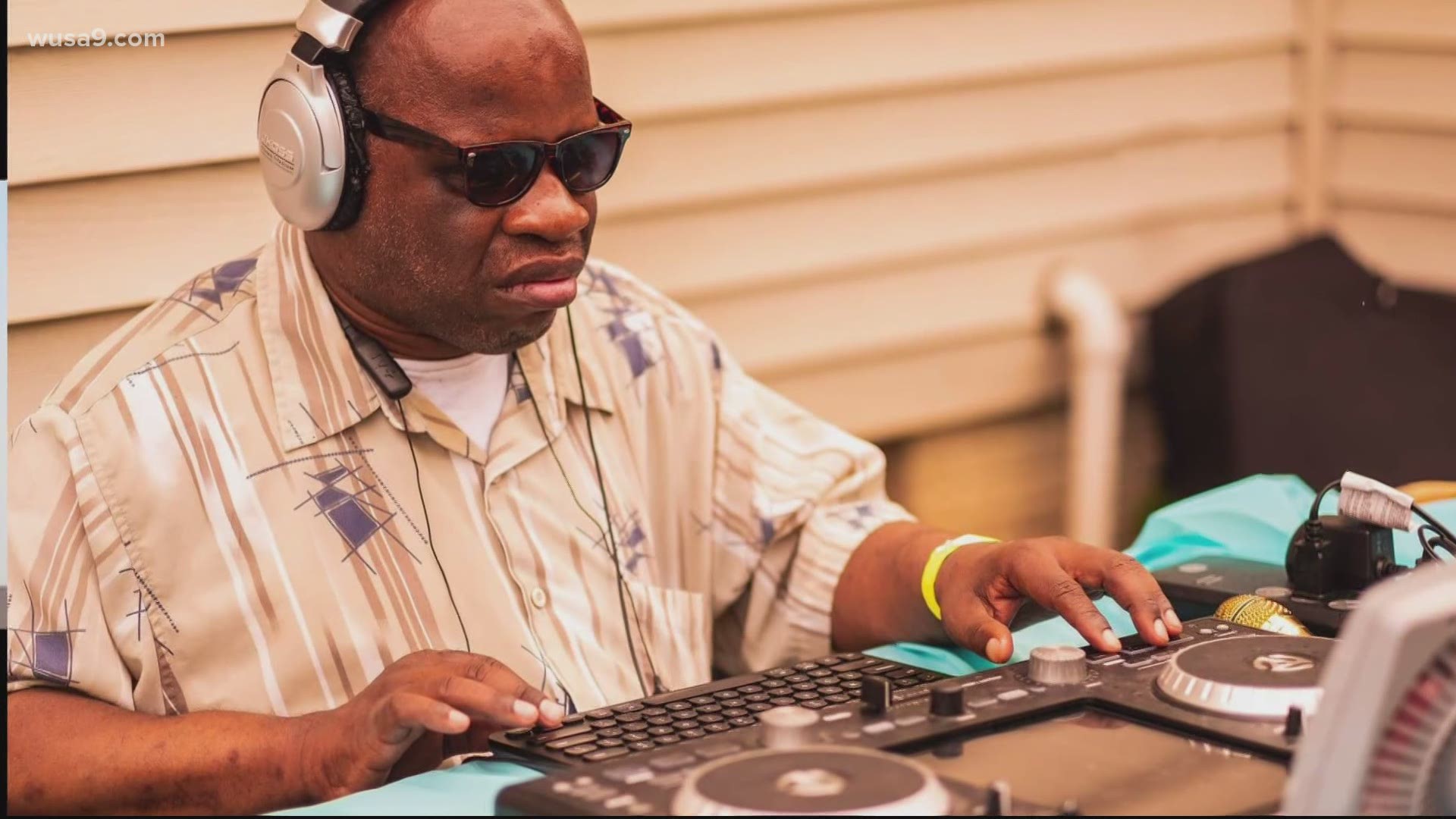 WASHINGTON — Music is a universal language. It helps get us through some tough times and brings us joy in the good times. It’s the sounds of happiness from the audience that makes one D.C. Disc Jockey happy, despite any challenges he may face.

When DJ Double M is on the ones and twos, the crowd moves and grooves. He’s the man behind the sounds, keeping folks on the dance floor.

“When I was very young. And coming up to a teenager. I tell everybody the radio was my best friend,” John Colbert said.

Colbert has had a love for music for as long as he can remember. It’s been a light for him in a world of darkness.

“I'm laughing because everyone always asks me that question and is surprised when I tell them no,” Colbert said.

He lost his sight when he was 3 years old. He was born premature and doctors predicted this would happen. It was before he had a chance to learn colors, memorize faces, and see the world around him.

“It was so gradual, and I was such a young age that by the time it was totally gone, it wasn't a big deal to me,” Colbert added.

Music is his escape from the perils of the world. He started DJing seriously nearly 15 years ago.

“If I can play something that makes you feel good, makes you forget about some trouble for a while, then as far as I'm concerned, I've done what I'm supposed to do," Colbert said.

#GetUpDC, we're learning about the man behind the groove this morning! DJ Double M keeps folks on the dance floor, without ever seeing his audience. His inspiring story this morning on .@wusa9 #GetUplifted pic.twitter.com/ehn7F3phz2

The positivity encompassing DJ Double M is unmatched. It’s what keeps him booked and ultimately keeps him happy. He hopes anyone out there nervous to chase their dreams, finds motivation from one of his sets.

“It took me a lot of rejections and turn downs and people who didn't take me seriously. But the one thing I have to say is, you have to, it's imperative that you believe in yourself," Colbert said.

Be sure to subscribe to the Get Up DC newsletter, where we'll be sharing an uplifting story every morning as well.