The old Pierce County mining town of Wilkeson has a colorful past. Thanks to the Carlson Block pizzeria, it also has a future. 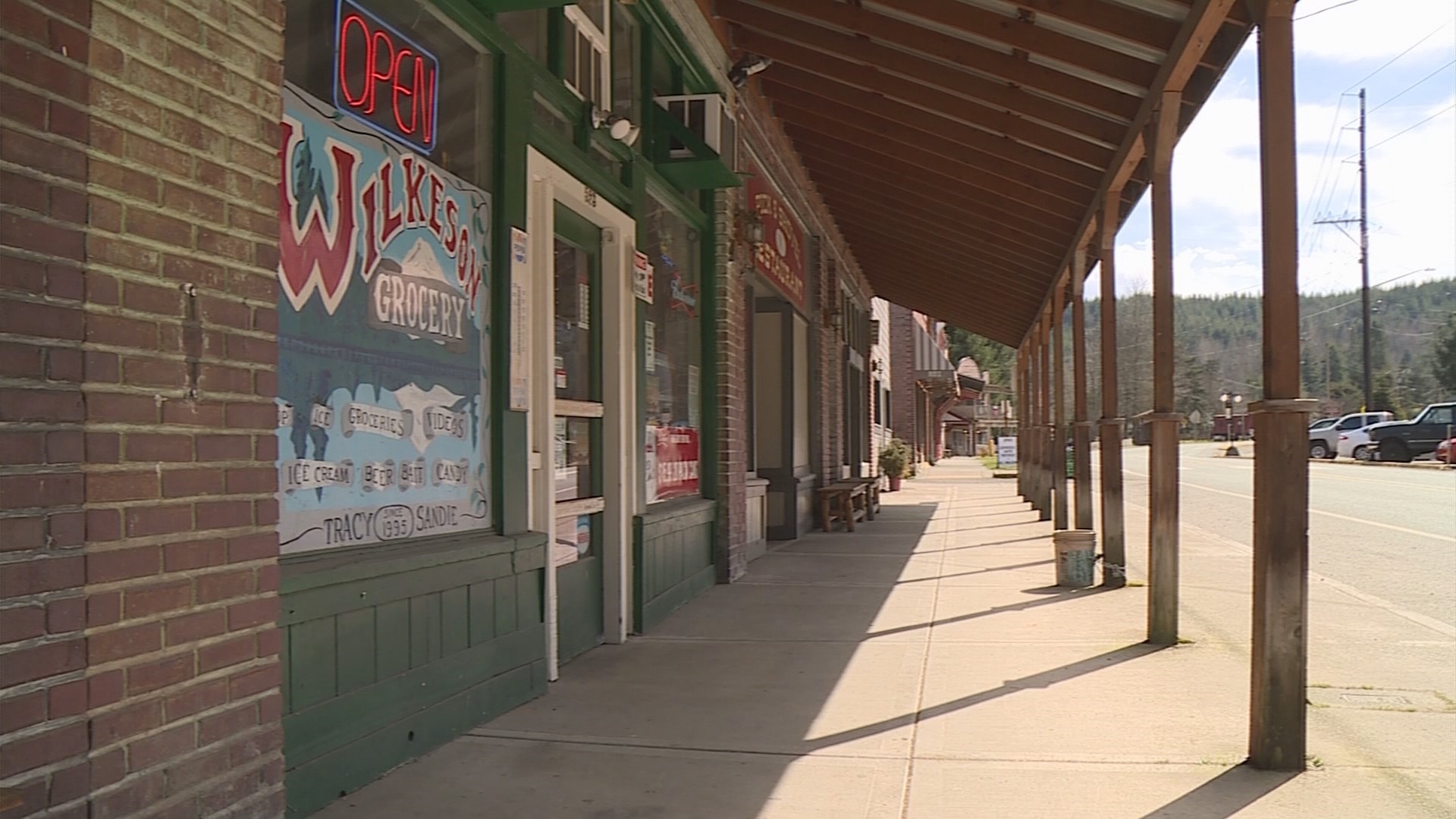 WILKESON, Wash. — EDITOR'S NOTE: This segment originally aired in March 2018. Some references may be outdated.

You can drive through downtown Wilkeson in a matter of seconds, but if you park the car and take a walk, you can step back a century in time.

“The thing I like about this town is it's got so much past history behind it,” said resident Joe Magee.

In the late 1800s, when coal was discovered in the Carbon River Valley, Wilkeson earned a reputation as known as one of the roughest mining towns in the west.

Wilkeson mines and its sandstone quarry provided thousands of jobs for European immigrants.

“The sandstone that actually came out of that quarry built the state capitol,” said Elena Galbraith.

At its peak, 5000 people lived in Wilkeson. But when the coal industry declined and the quarry closed, the town began to fade away.

“I think there's a lot of times throughout the history of Wilkerson where it could've disappeared into nothing,” said Ashley Galbraith,

About 400 people live in Wilkeson today. You can still get a snapshot of life at the turn of the century. But at The Carlson Block downtown, you will also find something unexpected: really good pizza.

“The pizza is a specialty pizza made with sourdough,” said Ashley Galbraith. “You can't really find that in too many places in Western Washington at least.”

Ashley's husband Ian Galbraith came up with the recipe using naturally fermented dough which is cooked inside a wood-fueled bread-baking oven from France.

“I think it's superior,” said Ian Galbraith. “I think it tastes better.”

Many people seem to agree, including Ian's parents who bought The Carlson Block, a building that hadn't been open to the public for 30 years. They spent 8 years renovating it. On one side there's a coffee bar and gift shop. And on the other, a pizzeria.

“The Carlson Block was a big influence to us. They showed us we could do something that you might find in Seattle”, he said.

Once Washington's sleepiest town, Wilkeson has come back to life.

Praise be to pizza!

“I think we have some really unique interesting things that are happening here,” said Ashley Galbraith. “There's a lot to remember in Wilkeson.”

Wilkeson is also home of the National Handcar Race which takes place on the third Saturday of July.