This Seattle restaurant serves Indian street food -- and their community 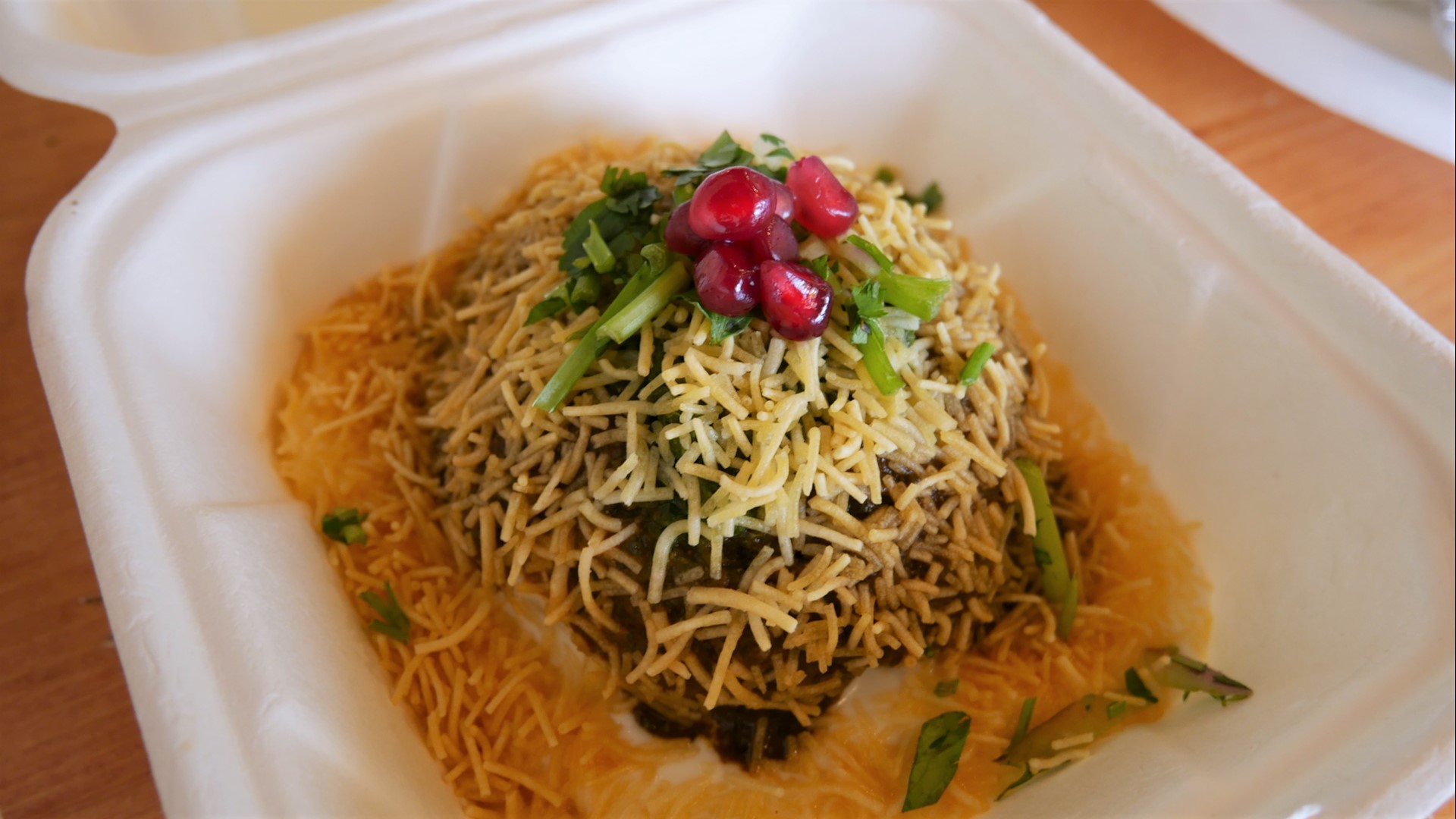 SEATTLE — Spice Waala is introducing Washingtonians to the street food of India, and giving back to the community while they're at it.

Uttam Mukherjee and Aakanksha Sinha grew up in Calcutta and Delhi, respectively. Upon coming to the United States, they realized much of the food of their childhood isn't represented in most Indian restaurants.

"When we moved to America 15 years ago, we couldn't find any Indian food that we grew up with," Mukherjee explains. "It was your rice, your curry, your naan. And we wanted to share what we grew up eating."

The couple founded Spice Waala in 2018 at the South Lake Union Farmers Market - now, they have two locations in Ballard and Capitol Hill.

Kathi rolls are flatbread rolls with fillings like paneer cheese and chicken tikka, garnished with their signature green chutney and onions. They're the perfect street food - portable, affordable and full of flavor.

The other half of their menu, chaat, are filling snacks. The most popular item is the aloo tikki chaat, which is an iconic Indian snack featuring a fried potato patty with yogurt, cilantro, pomegranate seeds and much more.

As for drinks, they serve mango lassi and traditional chai - which is very different than the chai you might see in American coffee shops.

"Uur chai is the chai we drink every morning, with ginger and cardamom and milk," says Sinha.

But Mukherjee and Sinha don't just serve customers - they serve their community.

Through their Bhojan program - meaning meal or feast in Hindi - they provide two hundred vegan meals a week to local non-profits and organizations. In fact, when they started Spice Waala, supporting their community through food justice was one of their founding core values. They also support their employees by providing a living wage, health care benefits and paid leave.

To donate to their Bhojan program, visit Spice Waala's website.

"We felt it was the natural, right thing to do," Mukherjee says.