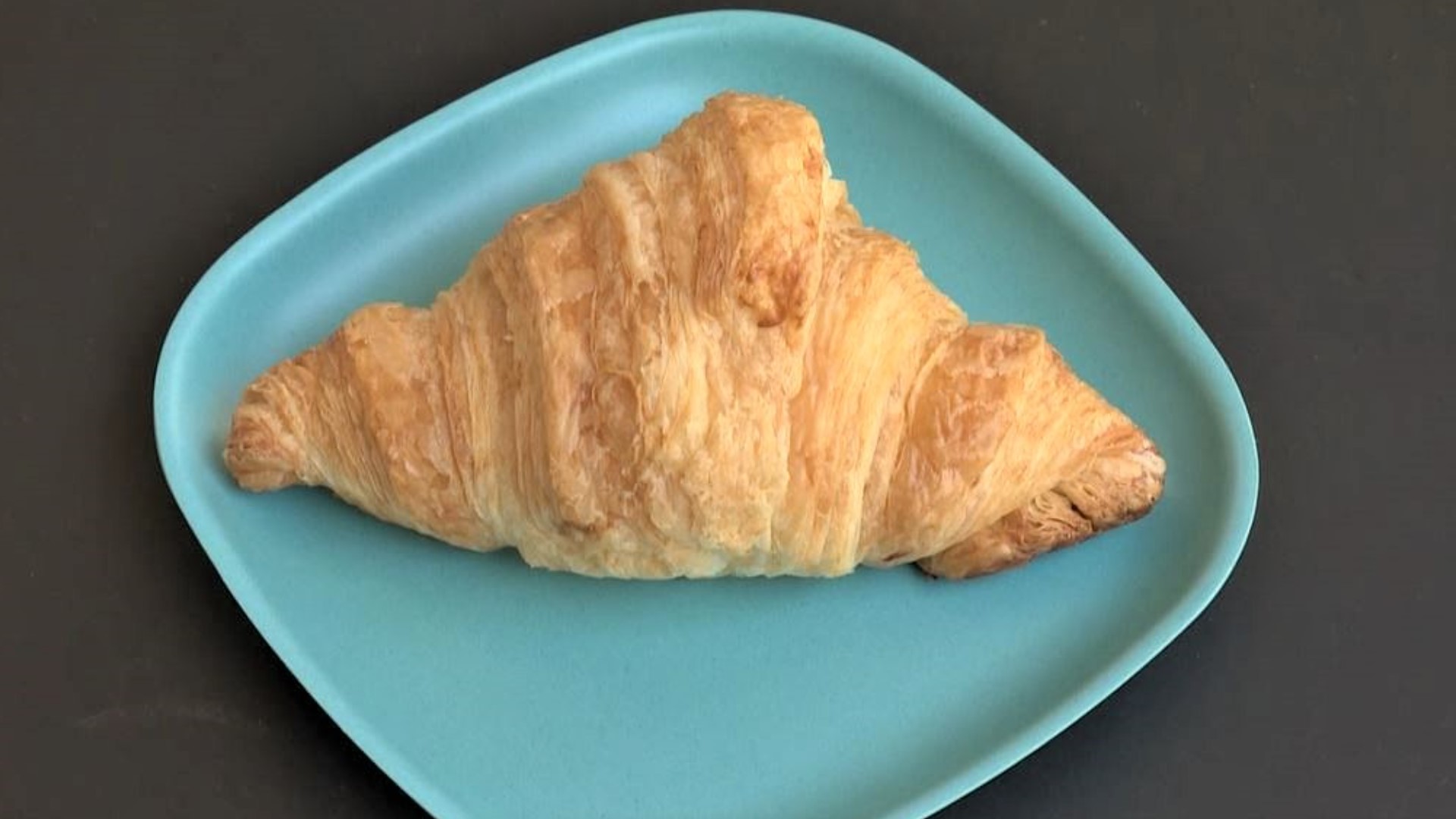 SEATTLE — An avid Seattle cyclist discovered a way to stay fit, support local businesses and have a little fun by inventing a competition he calls Cyclo-Croiss.

Jeff Powers is a volunteer with Cascade Bicycle Club and enjoys grabbing coffee or a bite on his rides.

Credit: KING TV
Jeff Powers posted photos and reviews of croissants from 30 bakeries on his blog.

"Sometimes being on a bicycle helps you find those places that you wouldn't find in a car,” he said. "Maybe you're just a mile from your house and you realize there's a place you've never been before."

When he realized there were more than 30 bakeries within a five-mile radius of his house, he devised a plan to explore and taste as many croissants as possible.

He divided up the bakeries, created cycling routes and rode them over the course of months. At every stop, he tried a croissant and ranked it using a March Madness-style bracket.

"I had seven groups of four, and then I had an eighth group which was a wild card group, which was like the best of the second places,” he said.

It was an exercise he took seriously - along with his assistant taster/wife Karin.

"We looked at butter, saltiness, yeastiness, the flake and overall texture, and the crumb - what it looked like on the inside,” Powers said.

Their takeaways are in his blog Vini Vidi Bici ("I Came, I Saw, I Biked,") which Powers hopes will inspire others to launch their own cycling adventures.

"The wonders are around us,” he said. “Whether they're in your backyard or your neighborhood, or across the state or across the country."

Or, across the ocean.

Turns out, Powers isn't just good at tracking down pastries.

Credit: Jeff Powers
Powers served in the Navy for 30 years where we was a submarine officer and helped explore the Titanic at the bottom of the sea in 1986.

He's a former submarine commander who served in the Navy for 30 years, and helped explore one of history's great underwater discoveries.

"Seems like a long, long time ago,” Powers said. “I was on an expedition with Dr. Robert Ballard to explore the inside of the Titanic."

In 1986, he was one of three naval officers who descended two and a half miles to the bottom of the ocean and deployed a small submarine to take pictures of the sunken ship.

"As far as I am from you right now (6 feet) is as far as the side of the Titanic was when we got there,” he said. "It was a pretty incredible experience."

But, Powers believes in the beauty of discoveries both big, and small… which leads us to his Cyclo-Croiss winner: Moonrise Bakery on Queen Anne.

He notes the intense butter flavor, delicious textures and ultra-flaky crust helped their croissants rise to the top of the bracket.

The setting helped, too. There are spots for bicycles and plenty of outdoor seating.

"This was the most fantastic venue, the nice covered porch area, it's a quiet street,” he said. "All those things go together and it just kind of made it, in our opinion, really the best one around."

But the truth is, no bakeries actually lost. Powers liked every croissant he tasted.

“(Moonrise) is definitely the grand winner for the Cyclo-Croiss competition that I did. But, there are more bakeries out there,” he said.

Moonrise Bakery is located at 1805 Queen Anne Ave. North and is open daily from 7am - 4pm.