Pair takeout from Salamone’s Pizza in Tacoma with new movie ‘Save Yourselves!’ 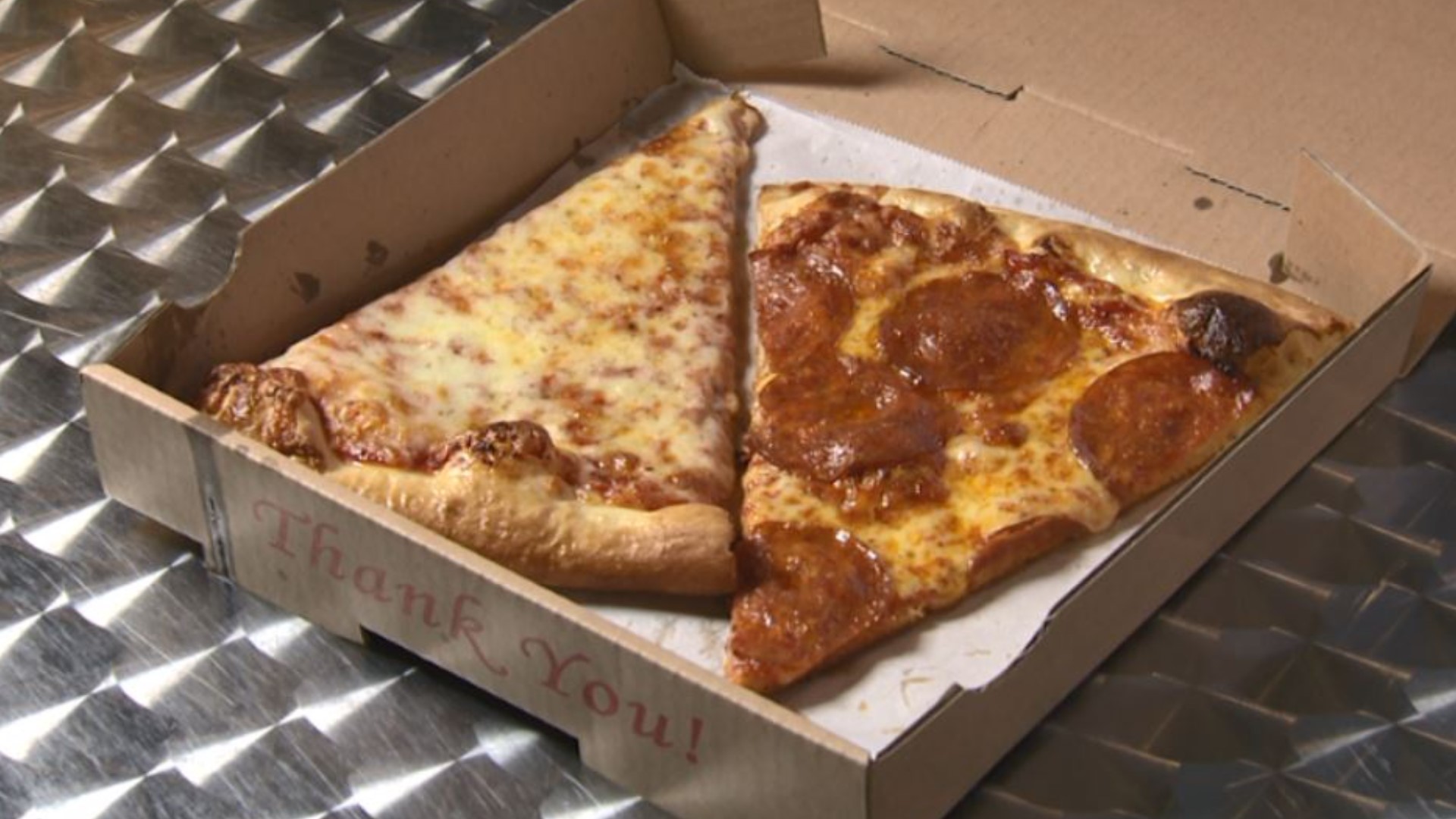 TACOMA, Wash. — Doorbell Dinner and a Movie pairs a local restaurant that serves great takeout with a good movie you can stream at home, recommended by a Seattle film expert.

MOVIE: Save Yourselves!, streaming on Hulu, Amazon Prime and Apple TV

Pizza and movies go together like peanut butter and jelly, so we recommend this combo: a new sci-fi movie set in New York, with New York-style pie.

But you’ll find it in the City of Destiny.

Salamone's Pizza in Tacoma is Steven Salamone’s namesake and a tribute to his childhood. He grew up in Brooklyn, where slices were a lunch staple because they were quick, inexpensive, and always delicious.

"I don't think there's anything as unique as this pizza in Tacoma. It is high quality, it is low cost, there's plenty of it,” he said.

The plain cheese is only $2.95 a slice, and their lunch specials (two slices of pie and a drink) are $8 or less.

But Salamone's doesn't skimp. The dough is made fresh every morning, they feature local produce, and make the meatballs and sausage from scratch.

"It's called the Tribeca Pie and it's got house-made sausage, pepperoni and black olives on it,” he said.

“There's a couple of single slices that are taken during this movie,” he said, laughing.

The sci fi/comedy/horror film is one of his favorite movies of 2020. It follows a millennial couple, dangerously attached to their phones, who are ill-equipped to manage an invasion.

"It's a really clever, funny film with a bunch of genres in it," Simanton said. "They’re married and they're kind of having trouble, and they decide, ‘we are getting off the grid' - just as the hungry aliens arrive."

While the couple isolates in a cabin upstate, the creatures begin to take over the earth.

"The aliens look like the Tribbles from Star Trek, and they call them ‘pouffes.’ But the pouffes are very, very deadly. And they're causing the apocalypse. And these two are so self-absorbed, they almost don't know how to handle it. They're completely inept. Where's the app to defend yourself?" Simanton said. "The third act is a little weird, but boy is it a good movie. It's a lot of fun."

Save Yourselves! is rated R and is now streaming on Hulu, Apple TV and Amazon Prime Video.