Off the Rez food truck brings Native food to Seattle

Off the Rez food truck brings the glory of frybread to Seattle streets- while also sharing the owner's culture. 😋 #k5evening 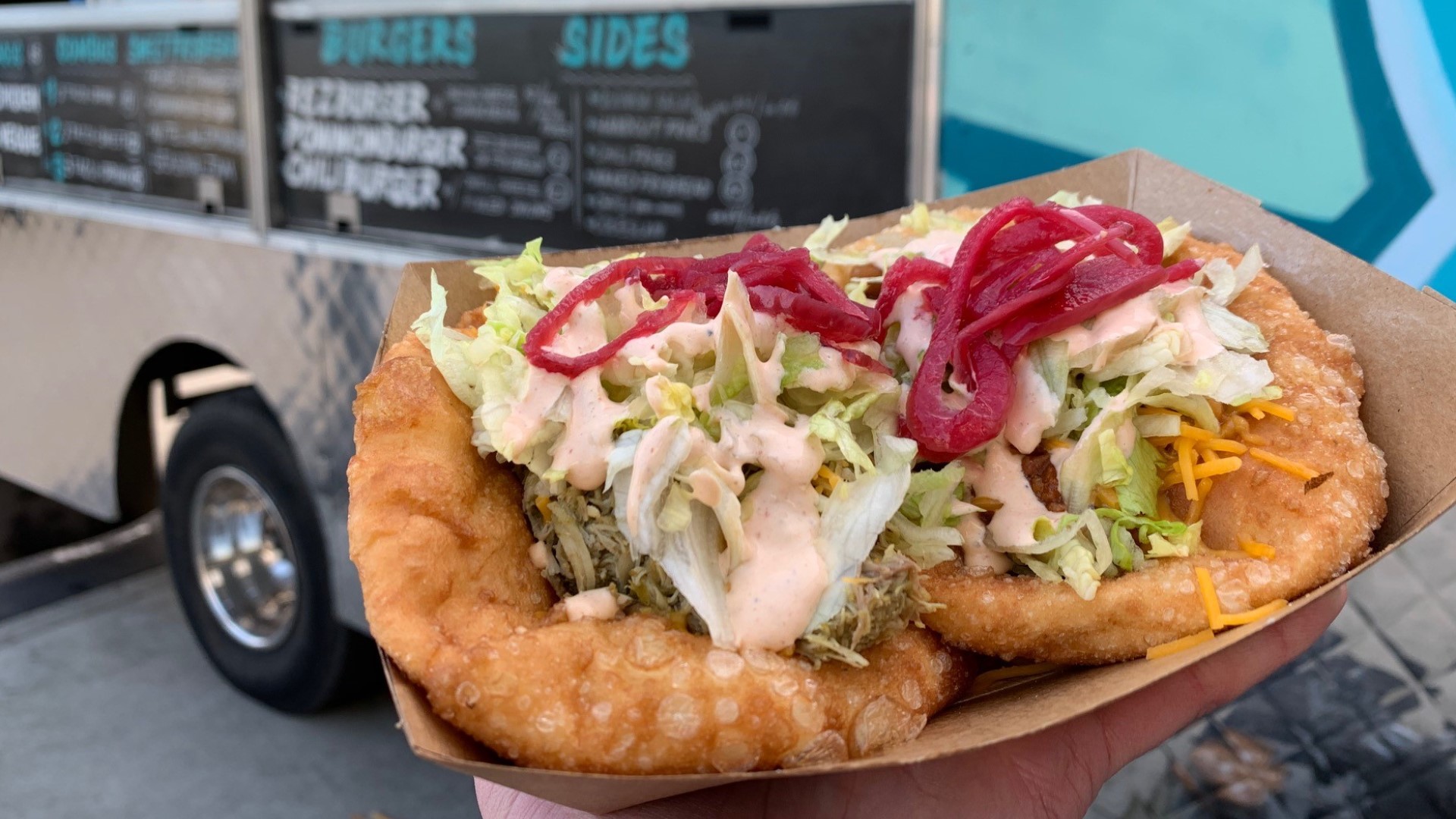 SEATTLE — EDITOR'S NOTE: This segment originally aired prior to the onset of the COVID-19 pandemic.

Off the Rez calls itself "Seattle's first, and only, Native food truck". Partners Mark McConnell and Cecilia Rikard opened the food truck in 2011, and have served frybread to the masses ever since.

Mark's mom grew up on the Blackfeet Nation in Montana, so Mark spent his childhood eating Native food. As he grew up, he realized he couldn't find Native food in Seattle- so he and Cecilia opened the food truck.

Credit: Ellen Meny
Off the Rez serves sweet and savory frybread- like their lemon curd.

They make hundreds of pieces of frybread a day- frybread being a light, fluffy piece of fried dough that's a perfect canvas for both sweet and savory foods.

The superstars of their menu are probably the Indian Tacos- frybread filled with non-traditional taco fillings like chili and barbecue pork.

Credit: Ellen Meny
Off the Rez serves "Indian tacos"- instead of taco shells, they use frybread!

Frybread makes an appearance in many different menu items- including burgers. Off the Rez makes a standard burger, but they also make their Powwow Burger- a bacon cheeseburger stacked on two pieces of frybread.

Off the Rez | Check their website to see where the truck will be next!

EDITOR'S NOTE: This segment originally aired prior to the onset of the COVID-19 pandemic.