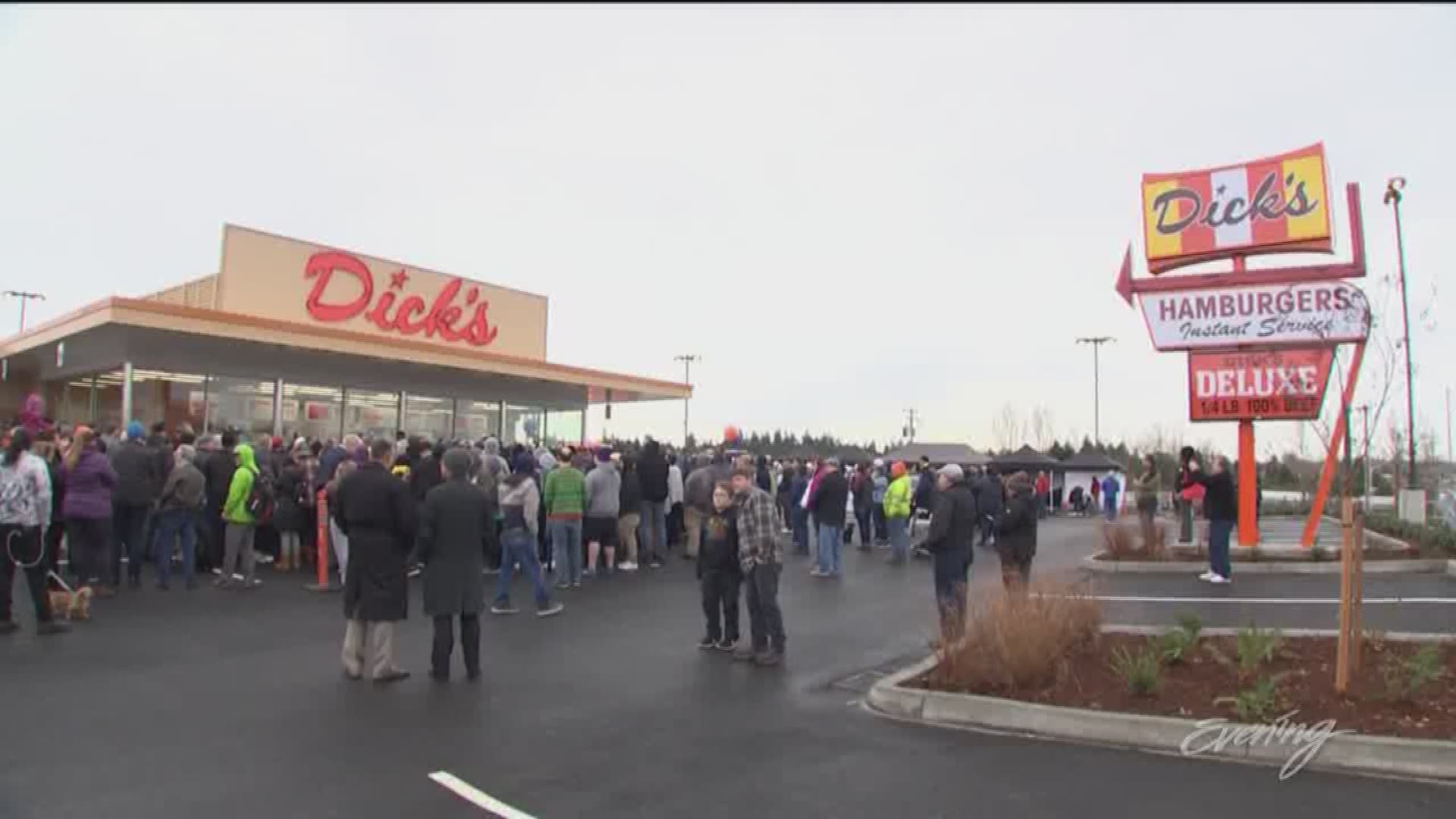 Saint Bryan hosts tonight's Evening from opening day at the newest Dick's Drive-In in Kent. If you're new to the area, you may be wondering what the big deal is. Dick's Drive-In has been serving inexpensive burgers, fries and shakes around the Seattle area since 1954.

Last year Dick's launched a poll asking customers where they should build their seventh location and South King County won.

The celebration included bands from Thomas Jefferson and Kennedy Catholic High Schools, bag pipes from King County Fire, a pop-up swag store, the Cool Bird mascot and hydroplane racer Steve Huff who raised more than $300 for every Dick's Deluxe burger he ate for homeless shelter Mary's Place. His goal was twenty burgers, leading other racers to wonder how he would ever fit into a hydroplane again.

You can find the new Dick's Drive-In at 24220 Pacific Highway South.