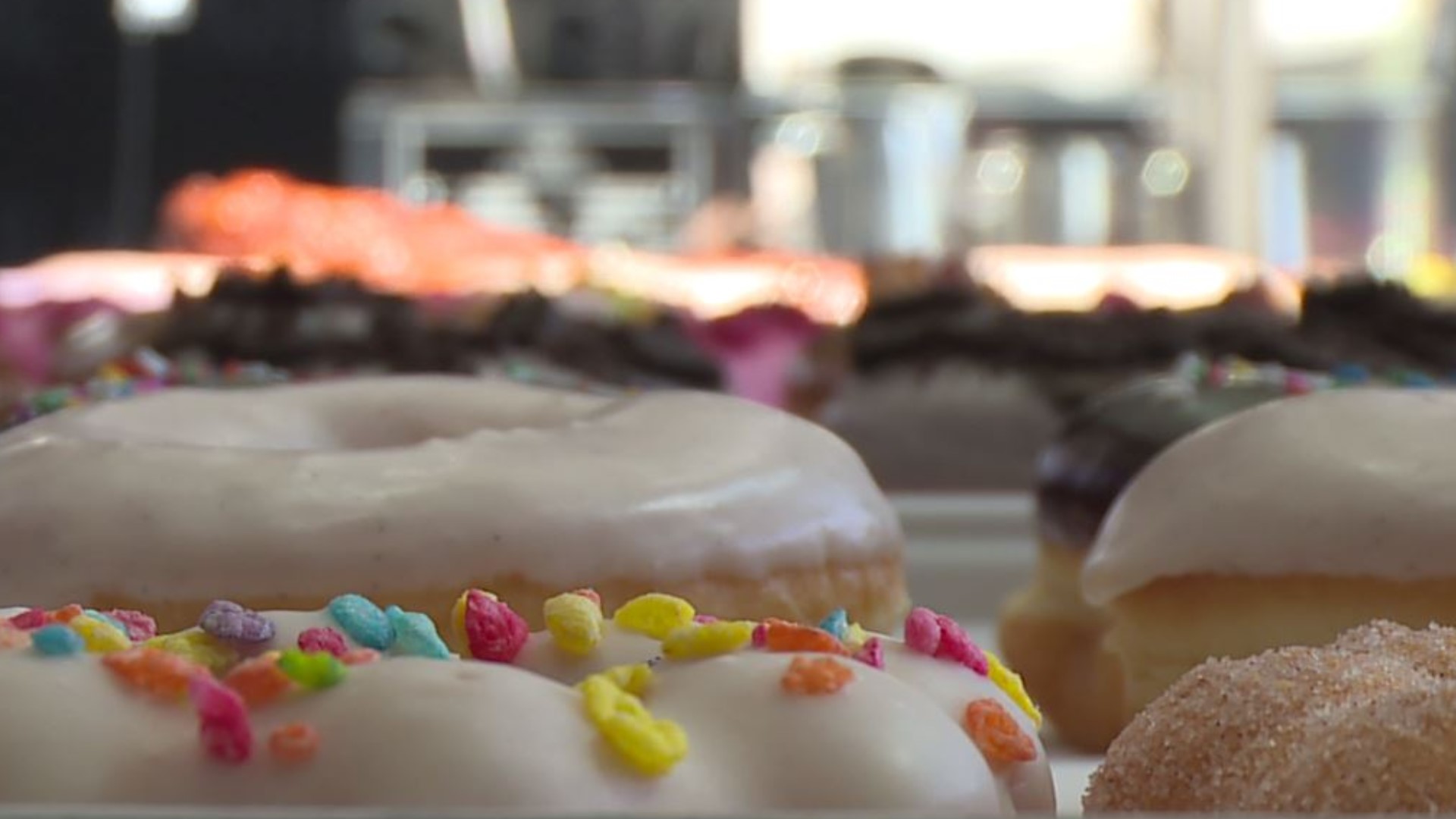 GIG HARBOR, Wash. — If you've never tried a mochi donut before and you're a tad concerned about your weight, you’d better stop reading now. Because Milkvue Handcrafted Donuts wants to change your life.

“And what we do is we add certain key ingredients such as tapioca starch wheat flour to give it that extra chewiness.”

Kim has teamed up with business partner Damien Ahn to bring mochi donuts to Gig Harbor. For a year Kim worked on the recipe. Fried in hot oil, Milkvue's mochi donuts are then crowned with colorful toppings like lemon fruity pebbles, cookies, and cream and horchata.

When Saint Bryan tried a blueberry lavender mochi donut, he said it was delicious and chewier than any donut he’d ever had before.

Credit: KING TV
About to bite into a blueberry lavender mochi donut

Milkvue pairs up its donuts with Olympia Coffee. It’s an added touch of elegance to the craft boutique experience.

“We’re bringing something new, something modern, something people don't really see in a donut shop,” says Kim. He and Ahn hope to expand to Seattle someday and have pop-ups either there or on the Eastside once a week.

Both eye-catching and a treat for the taste buds and tummy, if you find yourself eating more “hole foods” you can't say we didn't warn you.

This story is in partnership with South Sound Magazine.

You can read more about Milkvue Handcrafted Donuts in the May/June issue.