A drive-thru meatball restaurant exists and it's in Lakewood 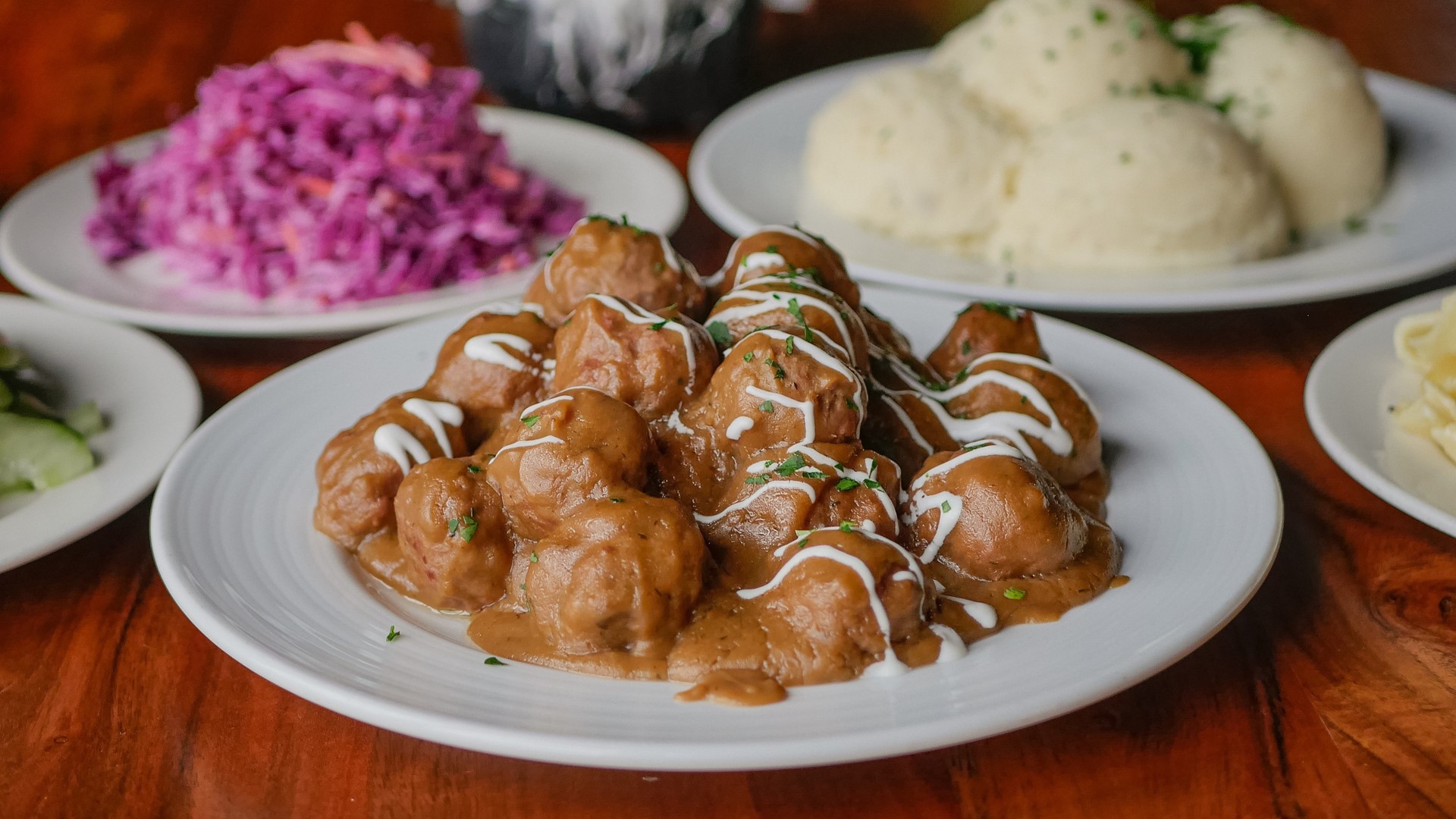 LAKEWOOD, Wash. — “The reason we why we love the ‘Manic’ name is because we are all about speed,” says Manic Meatballs owner Carrie Stalder. “I don't have a lot of patience. I don't want to wait to feed my hungry kids and when I'm hungry I'm probably not that nice and so it was really important to me to be able to do this fast.”

Her husband Chad came up with the meatballs. They’re from a recipe handed down over generations.

“My grandparents immigrated over here from Sweden in 1909,” he says.

“We have three teenage kids and they would ask for meatballs when their friends would come over,” says Carrie Stalder. “So it would be an entire Saturday of him making the meatballs, me cleaning up around him.”

“So one day my wife says say we should do this as a business so more people can enjoy them,” says Chad Stalder, “and I was like Woah.”

"Woah" because Chad Stalder is a financial planner. But when his wife found an old bank by JBLM, he was all in.

“It just happened to be the perfect setup,” he explains. “The drive-through, the I-5 access, the military and so I thought it would be a great area for an initial start".

“We thought it was every bit as marketable,” says Carrie Stalder. “Maybe even more so because everybody's getting takeout”.

Customers come for a meal that tastes home-made.

“I do feel like this is going to take off,” says Dave Miller. “This place is incredible."

The meatballs flavor the gravy. The gravy flavors the meatballs. There are meatball sandwiches. Even bacon-wrapped meatballs.

“We wanted a meal that people can eat every day,” says Carrie Stalder. “People would feel good about coming in and eating. A lot of sides are very healthy. They can take it home to their families.”

The décor is fun too. There's a large Instagram-worthy Viking ship inside and an assortment of Scandinavian gifts are also for sale. Even the bank's old vault serves a new purpose. It's now a walk-in freezer.

Carrie Stalder has just one question she keeps asking herself: Why didn’t she start selling meatballs sooner?

“Oh my goodness this is been the most fun thing I've ever had,” she says. “It's more than a job. I feel like it's my life's mission now.”