At Tacoma's Infinite Soups, every bowl is like a warm hug

The Tacoma soup shop is helping customers get through the pandemic. #k5evening 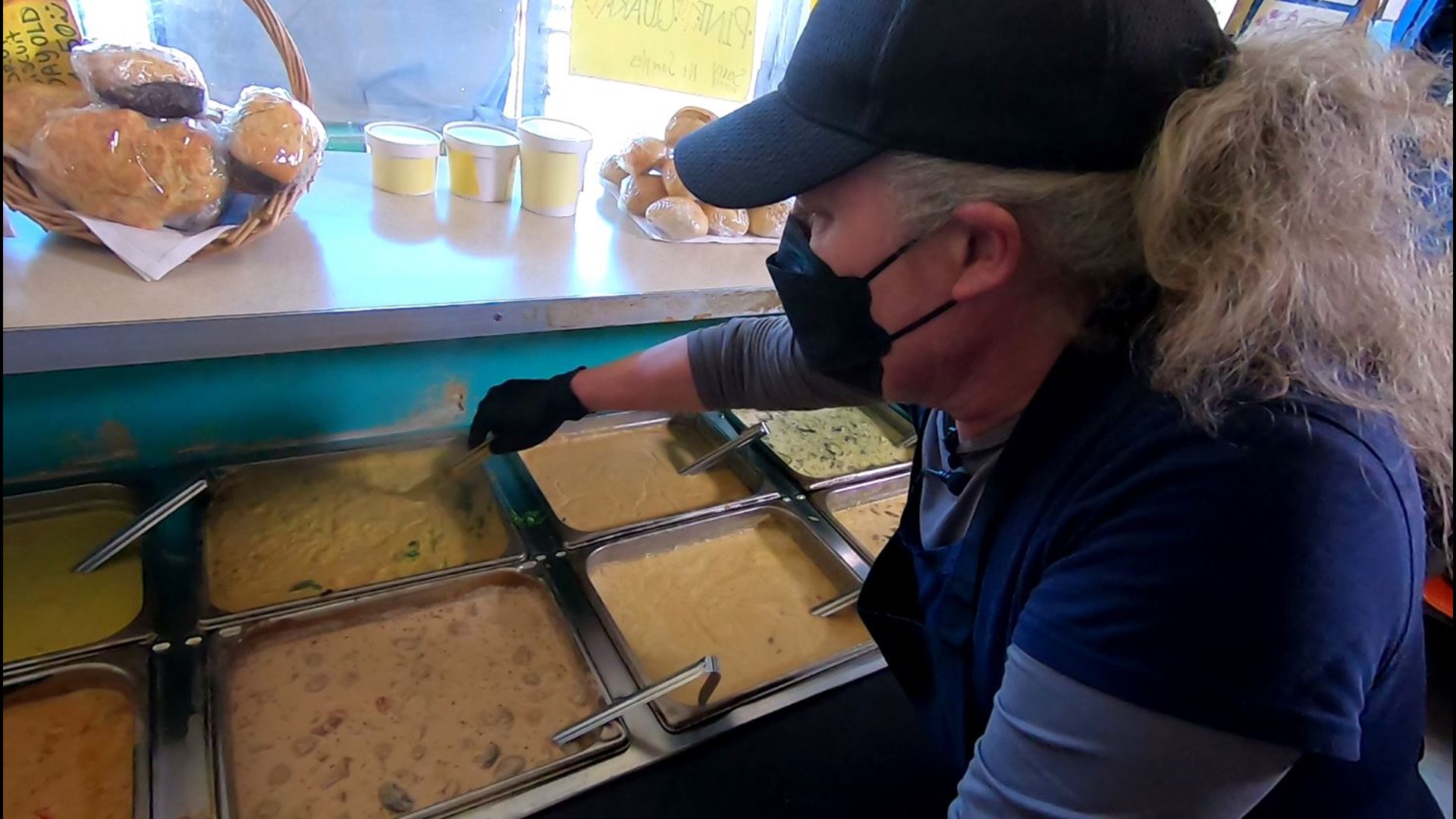 TACOMA, Wash. — By the time Infinite Soups opens at 11-am, chef Wendy Clapp is already six hours into her workday.

“Yeah the soup does it make itself,” she laughs. “There are days I wish it did but unfortunately it does not.”

From vegan and vegetarian to creamy soups so thick they could be stews, every menu item is made from scratch, based on whatever ingredients are on hand.

“This is the chicken pazole,” she says. “And I just think it's one of the most beautiful soups we make.”

“I don't know how she does it honestly,” says Wendy’s husband Todd DeShazo, who describes every morning as a moon-shot. “She's got that magic touch, you know? Her encyclopedic knowledge of food is just astounding.”

15 years ago DeShazo dreamed up the business.

“When Todd first said let's have a place that just has soup I was like you can't do that,” Platt laughs. “You can't just have soup. Everybody has soup. But he was right. People love it.”

So much so Platt's daughter Laura Adams runs a second location by the old courthouse downtown. It's the same soup. It just sounds different.

The Tacoma Avenue Infinity Soups is nearly as famous for its vinyl collection as it is for its soup selection.

“Everybody's been digging through the bins at Goodwill and going up Sixth Avenue to the record stores and stuff like that,” says DeShazo.

“We played Prince for a week when he died,” says Clapp. “Everybody cried when Prince died. It was heartbreaking.”

The record player went silent for just three weeks during the pandemic. Kenny Rogers died during that period and that's when the owners of Infinity Soups realized they needed to re-open.

“Most of what we were doing during the lockdown was making soup to take to the hospitals,” says Clapp.

But as word got out customers returned. David Hirst says he has spent most of the last year confined to his apartment so he appreciated the human touch.

“They're great people and great soups,” he says.

If every soup is like a hug, Infinite Soups has embraced an entire city

“We are bringing a lot of love to the community and we are getting it back for sure,” says DeShazo.

The original Infinite Soups on Tacoma Avenue is open Monday through Saturday from 11 a.m.to 5 p.m.. The downtown location is open the same hours Monday through Friday. They accept cash and personal checks, but not debit or credit cards.