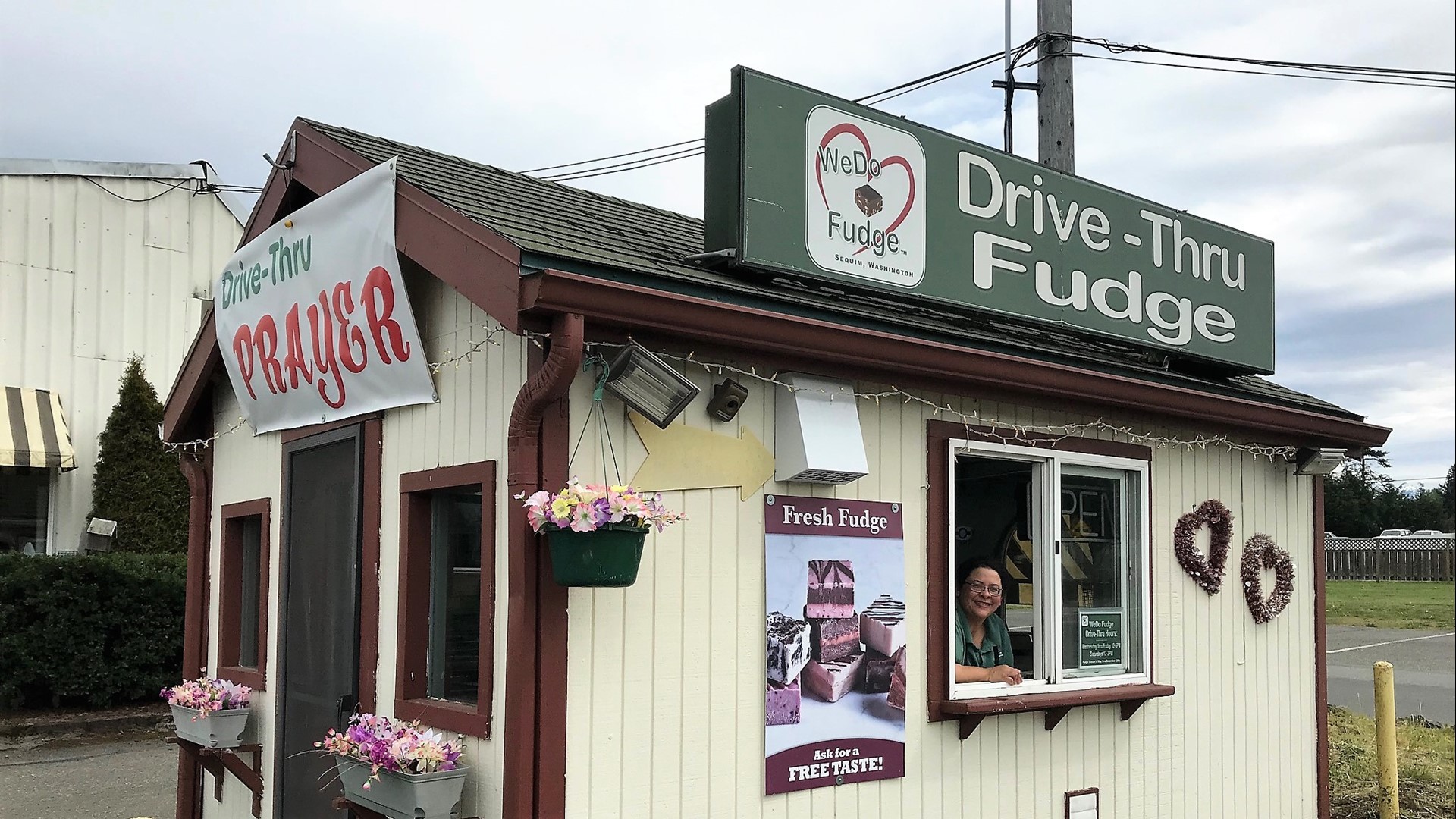 SEQUIM, Wash. — It looks like a coffee place, but this Olympic Peninsula drive-through offers something sweeter.

"It was a coffee stand that we turned into a fudge stand,” said WeDo Fudge owner Christina Norman.

"We were originally looking just for a commercial kitchen to make our fudge because we sell it mostly wholesale."

Christina found her kitchen inside a shuttered coffee stand west of Sequim.

"And while we were here making it and packaging it for our wholesale customers, people kept driving up for coffee. So we're like oh, yeah, we can open it up for retail too!”

Inside the little yellow stand, Christina hand-makes two-hundred and fifty different flavors that she sells throughout Washington and parts of Oregon at a variety of local markets. But fudge isn't all you can get when you pull up to the window: two years into running her fudge stand, Christina decided to start offering prayers. She put up a sign that says ‘Drive-Thru Prayer’.

It was a true leap of faith for this candy maker:

“The first year I was very scared and hoped no one would ask, because I didn't know how to pray for people. And so I've grown in my own faith by praying for other people,” explained Christina.

Whether you're a believer in sweet treats, or the power of prayer, one thing's certain: Business is booming.

"People aren't here for fudge. They're here for comfort,” said Christina. “Especially at a time like this where people have a lot of fear right now, and they're lonely.

And whether they come for the fudge or The Word. Christina Norman is happy to serve.

“People really share with me what's going on with their lives, and I get to know their story,” she said. “It's just been, really sweet. And an honor to be part of people’s stories.”