This Western Washington food truck serves gator on a stick!

Dat Creole Soul serves up Louisiana favorites - like gator on a stick - while serving its community. #k5evening 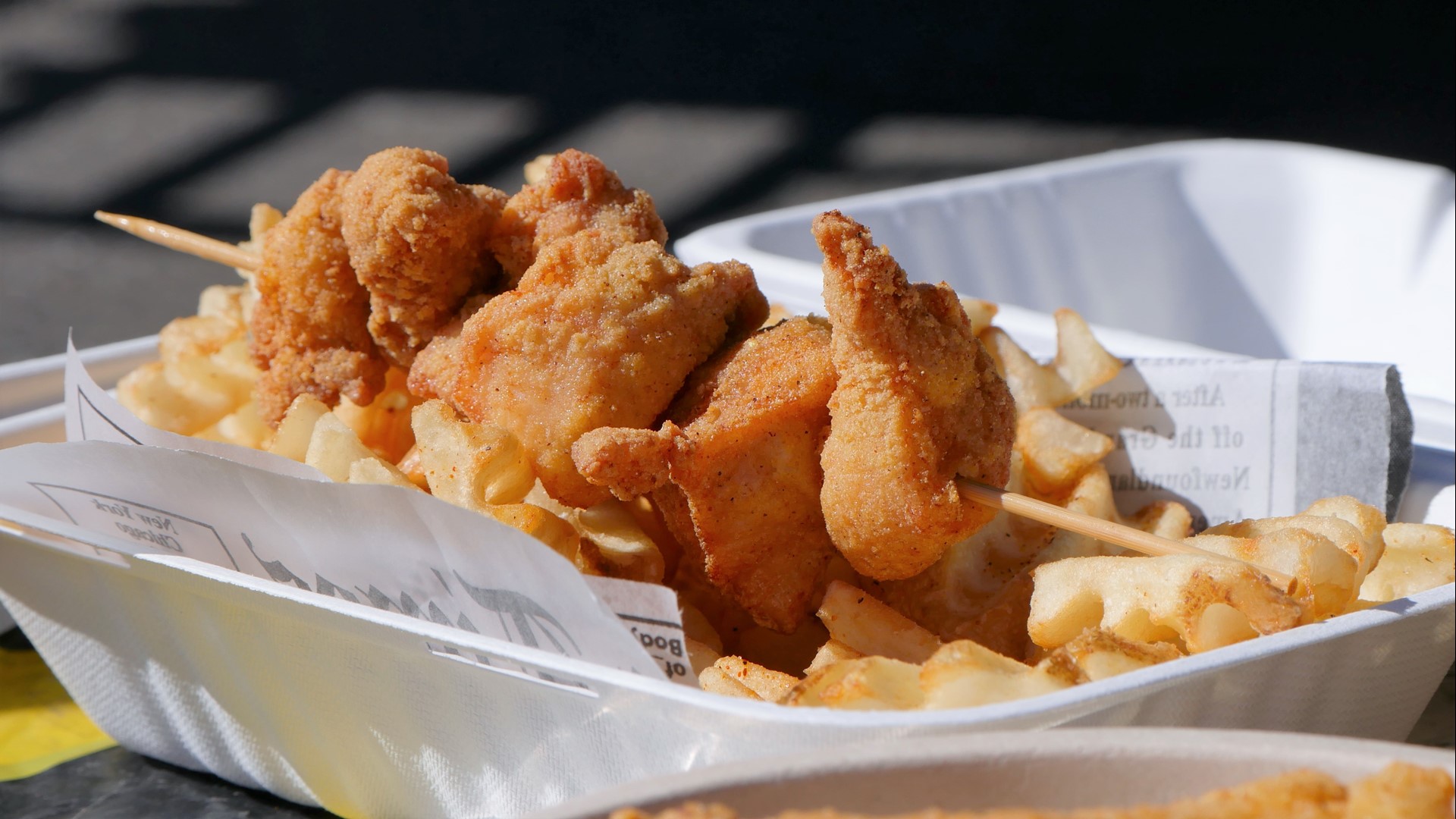 "If you ever have any doubt about the food in Louisiana, we got the best Southern cooking at Dat Creole Soul," owner Hampton Isom says.

Isom has the Louisiana legacy to back up his claim, born and raised in New Orleans and Garyville. His grandmother is Creole, which is how he got the name for the food truck - and soon to be restaurant - Dat Creole Soul.

The food truck's customers keep on coming back for everything from catfish and grits to shrimp etouffee to something you don't usually see in Washington.

"We have that Louisiana yard dog, which is alligator on a stick," Isom says.

Dat Creole Soul serves it up two ways - in gumbo and on a stick. Isom says even skeptical customers end up loving it, although he's used to that. Isom and his food truck crew are in the business of introducing people to their new favorite thing.

Isom is also opening a brick and mortar restaurant in Des Moines, targeted for the end of November.

Isom is in the business of feeding people, but that extends beyond his normal hours of operation. He also runs a non-profit called Dat Creole Soul Lagniappe. Lagniappe is a Creole term that means a little something extra,

When the day is done, Isom gives his extra food to people who are homeless. He also sets up his truck once a month to give out free food.

"I grew up poor," Isom explains. "My mother was on food stamps...there were times when I had nothing to eat, and that's not a great feeling...I just think if I can fix that problem one day at a time and one person at a time, that's a good thing."