Madeleine Smithberg is the producer and host of 'Mad in the Kitchen' on YouTube. #k5evening 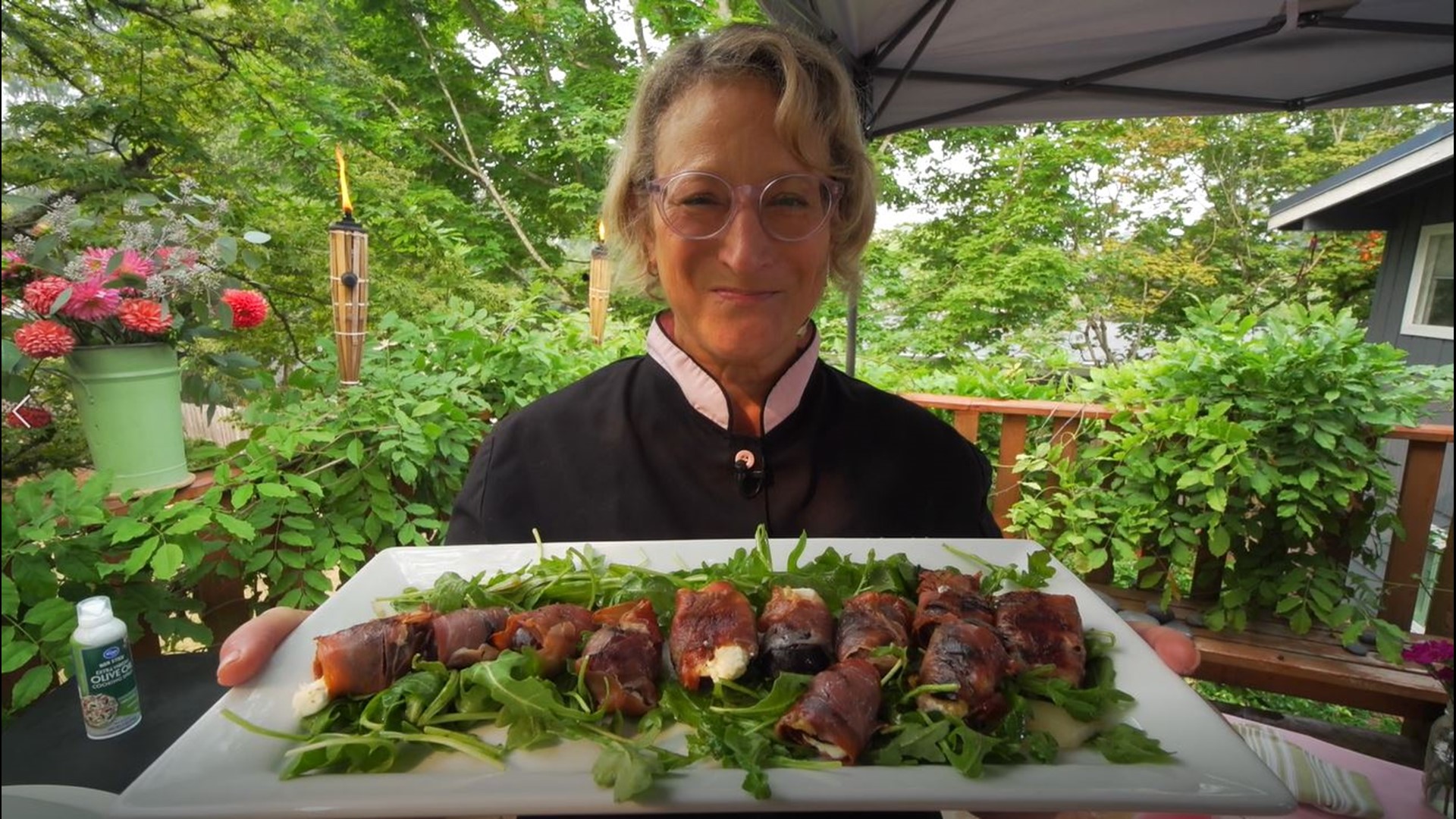 But it’s also symbolic of a life coming full circle.

Madeleine Smithberg hosts Mad in the Kitchen from inside her home, outside on her back patio and occasionally on-location.

Her journey began more than three decades ago when she was young, in love, and dreaming of working in late night TV. Then in 1986 - on the same day - her boyfriend broke up with her and she landed a job working with David Letterman.

"I had what I call an emotional rainbow,” Smithberg said. "My heart was broken and my dreams came true in exactly the same second.”

She worked at Late Night for six years, where she booked human interest guests and indulged her passion for food by producing all the cooking segments. She described the experience as “graduate school.”

"You do not mess up there, you just don't. It's not allowable, it doesn't happen,” she said. "I had to scour the country, without the internet. And it was magical."

But she would move on to something even bigger.

"The Daily Show was created by me and my friend and neighbor Liz Winstead,” she said.

Credit: KING TV
Smithberg won an Emmy and two Peabodys for her work on 'The Daily Show.'

Her work earned an Emmy and two Peabodys, including the Institutional Award in 2015.

Credit: Madeleine Smithberg
Smithberg poses with Jon Stewart after receiving their first of two Peabody awards for 'The Daily Show.'

So how did Madeleine Smithberg end up in the Pacific Northwest, hosting her own cooking show?

They reconnected after 34 years, and Smithberg moved to Bellevue to be with him.

She also returned to her other love: food. She received training and started teaching for Blue Ribbon Cooking.

“I had this sort of really joyful out of myself experience where I said, 'Madeleine look at you. You're 60 years old, you're marrying the love of your life, and you've just pivoted to a new career,’” she said.

The pandemic brought an end to in-person classes - but it also brought her full circle.

Rather than booking other people's cooking segments, Smithberg decided to start hosting her own.

"It was definitely therapy,” she said. "For like three weeks I never got dressed. I think I was just in shock."

Her first episode was shot on an iPhone with no rehearsal – but it snapped her out of her funk and lead her to a new calling.

Now, Mad in the Kitchen is a full-fledged production with lights and multiple cameras. The YouTube channel has earned thousands of views and a growing fan base.

It's not network television, but for the first time Madeleine isn't just producing for an audience. She's producing for herself - and says she’s having the time of her life.

"It's never too late. There's always hope,” she said. “Don't assume just because you're at an age that society tells you you're old and washed up and you're a woman and it's all over - it's never over. You just need to believe in yourself and in the power of hope."