Two Puyallup brothers bought a historic farm and now they're making history of their own. #k5evening 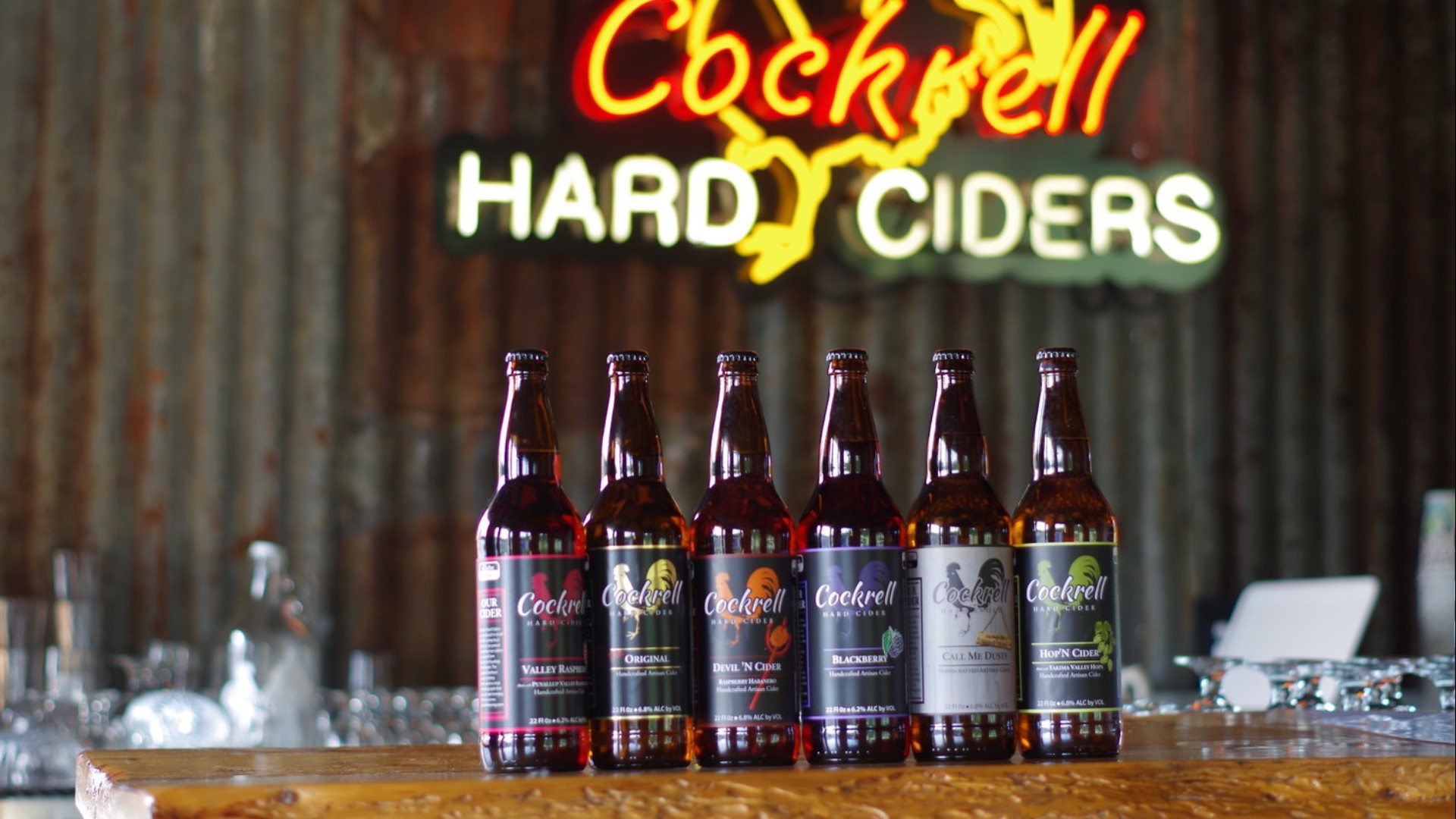 PUYALLUP, Wash. — As apple blossoms bloomed on their cider farm, we met John and Rich Cockrell bottling and labelling their latest batch of hard cider. They've been making cider together since 2014.

“I knew we were retiring at the same time,” says John Cockrell. “My brother Rich is about 2 1/2 years younger than me. He was a chiropractor for 30 years and I was in commercial insurance for more than 20 and I said ‘Well, what are we gonna do?’”

“I've been making cider for the last 30 years,” says Rich Cockrell. "I decided I wanted to do something with that."

"One thing led to another and the place came up for sale and we just started making cider," says John Cockrell.

The farm where the brothers are planting their dreams, dates back to 1854.

"We are on the Puyallup River here," says Rich Cockrell. "The soil is wonderful. Our apples here are some of the oldest apples in America. And these are designed to make cider. If you're trying to make good wine you want to use good Cabernet and Chardonnay grapes, well we think the same about our cider: if you want to make good cider, you need to make it with good cider apples."

In the Spring, when the weather warms up, lines of people come to the farm for cider and conversation. The farm is open Thursday, Friday and Saturday for the general public and it's a popular place to gather.

"Sometimes on a Thursday it's almost like a high school reunion here," says John Cockrell. "I've met people here that I haven't seen since first grade. We have great food trucks  like Sirius Wood Fired Pizza so they're coming down and everybody's in a pretty good mood and it's the end of the week you know."

"I just enjoy people enjoying our product," says Rich Cockrell. "We put a lot into it from the planting to the growing to the pressing to the fermentation to the bottling. Every step is done right here at the farm."

The brothers have come up with some creative blends for their ciders, which are so smooth you might forget they have alcohol.

"I think in a year we will make 20-25 different varieties," says John Cockrell.

"We do a traditional raspberry," says Rich Cockrell, "and blackberries, being from the Puyallup Valley, have a long history here so it seems like it goes in our cider real well. "

Their ciders can be found at Total Wine, Tacoma Boys and many other area stores.

Credit: KING TV
The farm is open to the public on Thursday Friday and Saturday

"It's just two brothers who wanted to do something after they retired from their old life," says John Cockrell, "and I think we're just having a really good time and that's all we're trying to do. We're not trying to get too big."