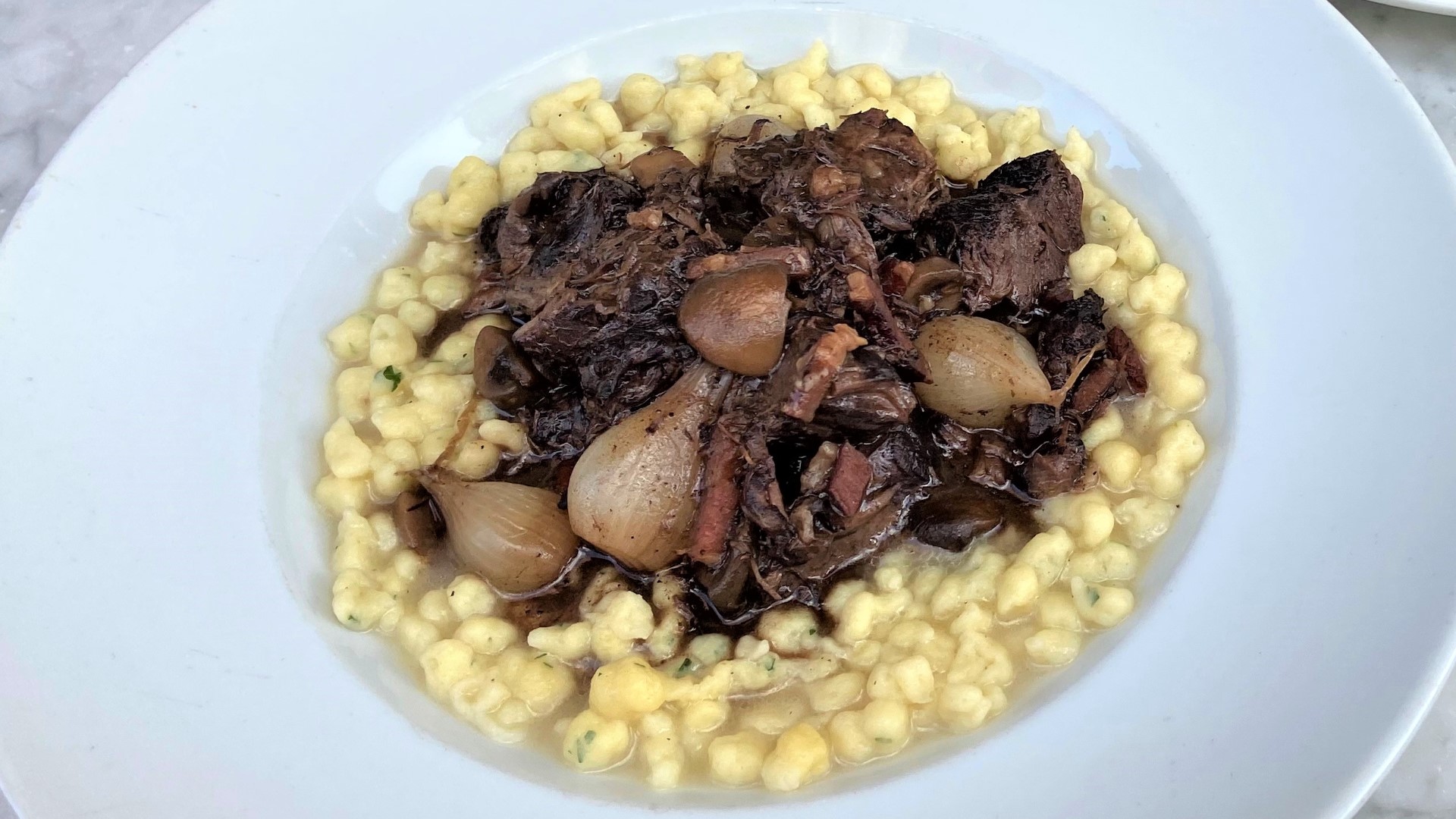 MOVIE: The Ghost of Peter Sellers, streaming on Amazon Prime, iTunes, and other platforms

For dinner, we suggest a taste of Paris in Post Alley, at Café Campagne.

He’s created delectable dishes at the restaurant next to Pike Place Market for more than a quarter century. Now, they're available to-go.

Popular items include the cassoulet (which can be ordered hot, or cold for at-home cooking); the best-selling brunch favorite, crab quiche; and the boeuf bourguignon.

"It's a red wine marinated beef,” Gordon said. "Then we sear it and braise it along with a little bit of bacon and mushrooms, and then it's served on spatzle. I think it's a super tasty and satisfying combination."

You can also grab takeout cocktails. And even though you can't dine inside, the charm and warmth extend outside – it turns out one of Café Campagne's servers, Devon Midori Hale, is also an artist. She painted murals on the plywood that covers the windows.

"The mural turned out to be extraordinary,” Gordon said. “She captured a spirit of this restaurant and the Market and our guests in a way that I hadn't expected."

If you prefer delivery, there’s a chance Gordon could be the delivery person – on a bicycle.

"If it's a mile and a half away and you reach the $50 minimum, I may show up at your door,” he said. "We're making lemonade and there's some benefit to it. We're helping maintain that connection (with customers.)”

From French food to a French inspector, Peter Sellers was unforgettable as Inspector Clouseau in The Pink Panther series.

But a new documentary depicts his darker side.

The Ghost of Peter Sellers documents the disastrous production.

It’s made by Peter Medak, who directed the pirate movie and still struggled to process the experience, 45 years later.

"It's something else,” Simanton said.

The documentary is available for streaming on a number of video-on-demand platforms.

Café Campagne is open Friday-Sunday for lunch and dinner.