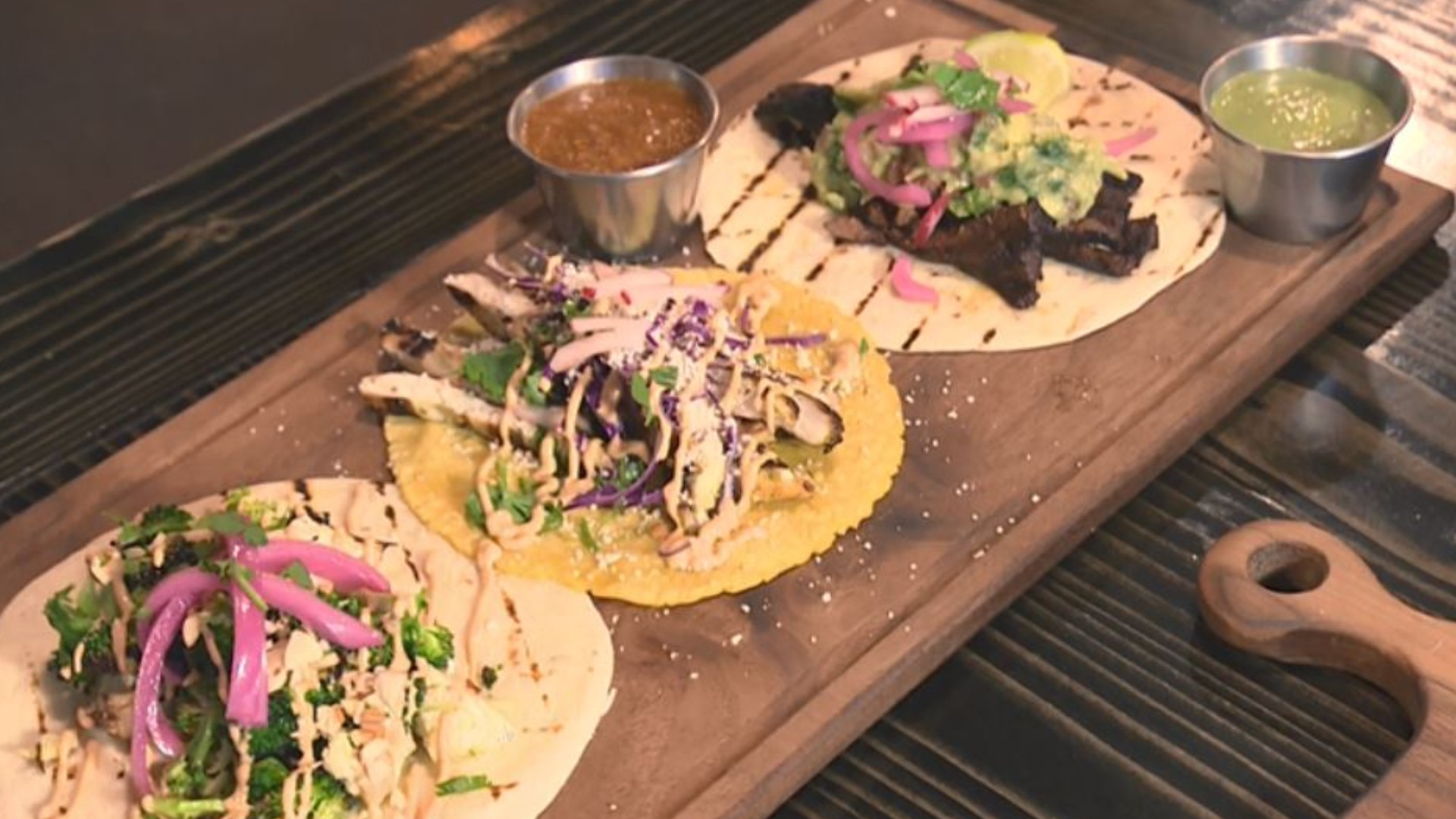 BURIEN, Wash. — Centro Neighborhood Kitchen in Burien opened its doors right after the lockdown lifted in the Summer of 2020.

It's the kind of place where a cruciferous taco gets the same love as a barbacoa beef quesadilla. And where the organic tortillas are hand pressed to order.

And you don't have to dine in to get a great margarita.

"It's a house-made citrus. 100 percent agave, silver tequila. We keep it simple," said Enrique Arias, who co-owns Centro with his wife Trisha.

Arias grew up in Tacoma in a family of restaurateurs.  His family-owned restaurants in Pierce County have been around since the late 1970's.

Trisha is a native of Burien. They say the restaurant represents who they are; and the menu fuses traditional Mexican dishes, with some creations of their own.

Whether a customer is vegetarian, flexitarian, or vegan, there's something on the menu for everyone. They even have a separate fryer reserved for those who are gluten-free.

"It's fresh local sustainable food. I like a good steak taco and she's vegetarian," shared Enrique.

All of the salsas are made on-site and Centro even has a "secret sauce". It's a family recipe that he can't reveal.

"It's a tomatillo based sauce with green onion, cilantro, and a few other secret ingredients that I can't disclose or they will kill me. But it's chunky and delicious, shared Enrique.

All of Centro's food is available for take-out and that includes the Margaritas.