The Pizza Gallery has been in the business for 30 years - 2020's Best of the Best Takeout, Sponsored by Premera Blue Cross. 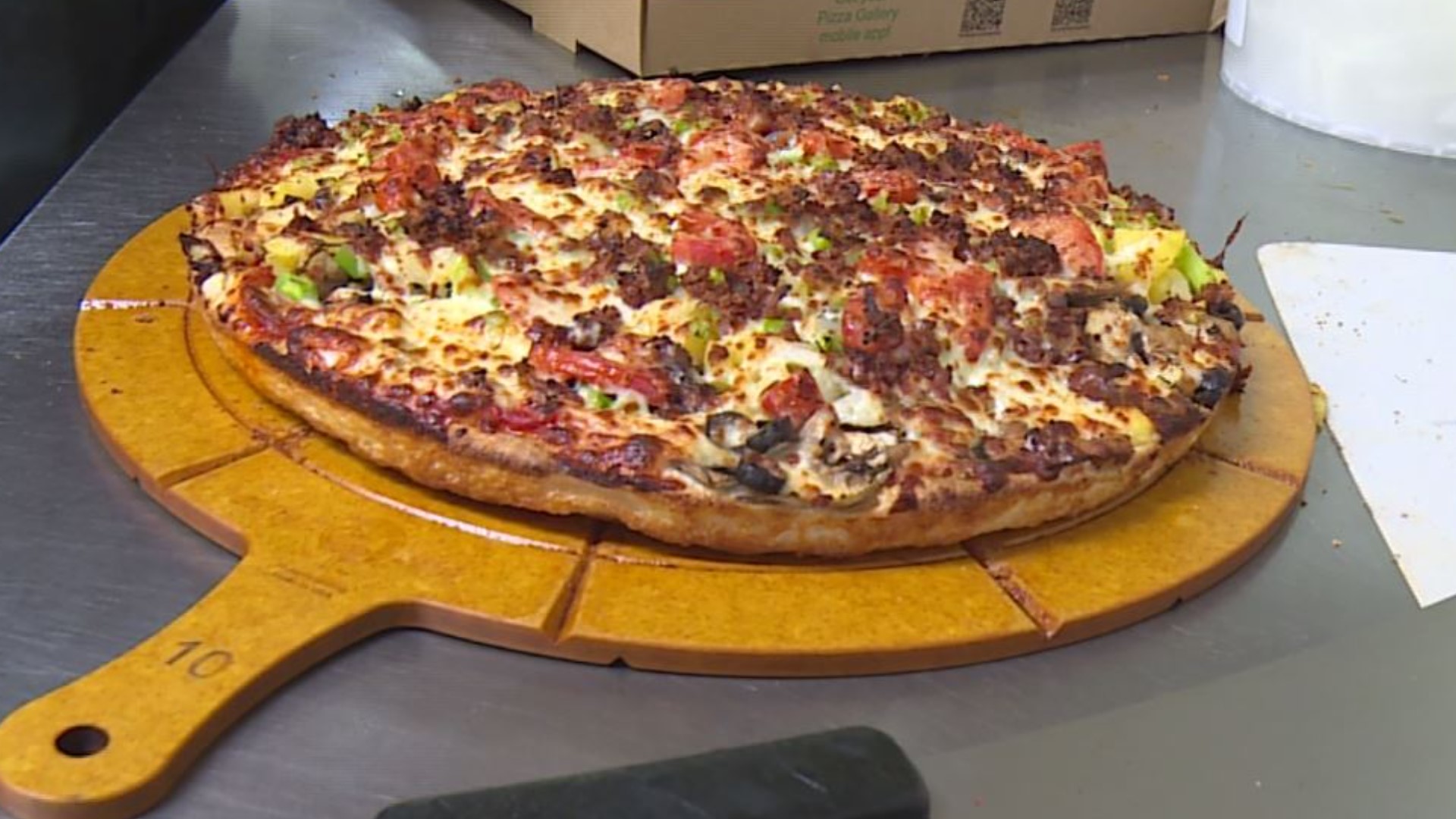 BURIEN, Wash. — The Pizza Gallery is the winner of Best Takeout in 2020's Best of the Best.

When Mike Shoemaker opened up a pizzeria in Burien nearly 30 years ago he came up with an unusual name.

“We thought every pizza we made was a masterpiece,” he said, “so we decided to go with The Pizza Gallery.”

Almost as an afterthought, The pizza gallery became a real gallery, displaying the works of local students painted on pizza boxes Shoemaker donated.

“We started competitions and it became a thing,” he said.

Credit: KING TV
The gallery of pizza box art at The Pizza Gallery in Burien

Some of the art is good but there's only one masterpiece here.

That's the Large Five Pound Masterpiece, which sells for $21.99.

“It's just the thickest biggest richest piece of pizza you could make,” says Hiner who’s been buying pizzas here for nearly twenty years.

During the pandemic--with sales up 30%--The Pizza Gallery has sold anywhere between 50 to 100 Five Pound Masterpieces a day.

“It's our most popular pizza,” says Ramsey.

We visited when it was slow. Just four busy people in the back, adding toppings before passing off the pizza to an oven.

“On a Friday night we may deliver to 200 households," says Shoemaker. “Probably sell 400 pies. Probably have 15 to 20 kids working in this area.”

From the basic pepperoni to the Five Pound Masterpiece, The Pizza Gallery is providing an artistic touch to the ultimate comfort food.