This West Seattle cafe serves rainbow waffles - and so much more 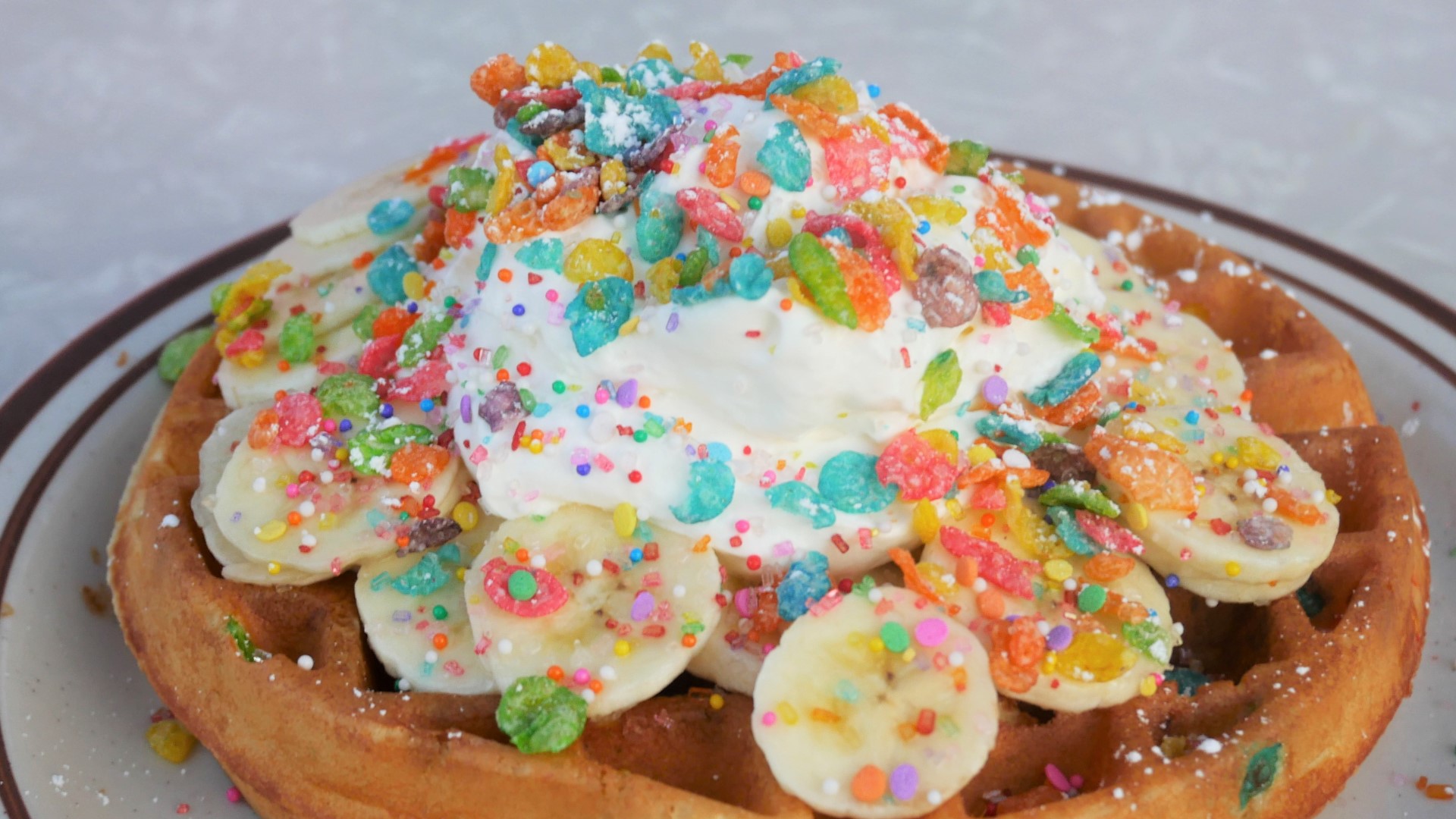 SEATTLE — On the corner of California and Admiral is a West Seattle classic, a cafe named in honor of one adorable dachshund. Some may know it by its old name, Admiral Bird, but now its Bebop Waffle Shop - and it certainly lives up to its new name.

They have waffles galore, but the most popular item is the Rainbow Madness - a waffle filled with Fruity Pebbles, decked out with whipped cream and banana slices.

"One of my favorite things is that when parents come in, and they're order the rainbow waffle for their kids birthday, because that's what their kid request for their breakfast, and that makes me feel so special that some kid wanted this as their birthday meal," Luckenbach says.

But waffles aren't the only thing Bebop Waffle Shop serves. The German Breakfast Pudding is a unique breakfast treat.

"My old business partner, it was her grandmother's recipe, and it was called farina porridge," Luckenbach says. "It's not too sweet, but it's super hearty."

But if you're looking for something a little lighter, the Breakfast Salad is just the thing. A bed of greens, dressing, an egg and some tasty bacon.

Food isn't the only thing cooking at Bebop Waffle Shop. The cafe shares a space with a florist - the Flower Lab. Yes, it's your one stop shop for breakfast and bouquets!

"That's really great, to see people sending and giving flowers," Luckenbach says. "It's so loving and joyful and it couldn't be better to smell waffles, smell chai, smell flowers and coffee. It's super cozy."

Credit: KING 5
Their breakfast salad is a popular healthy item

At Bebop Waffle Shop, cozy is Luckenbach's goal. She wants to make sure her space welcomes everyone. That's especially to important to her, as she considers Bebop Waffle Shop a longtime queer space in West Seattle.

"Just that everyone feels accepted here," Luckenbach says. "I don't want to feel pretentious or inaccessible for anyone. I just want to make it feel downhomey. You don't have to be a kind of person to do here, everyone can be here."

For many, that little cafe on the corner is a special space.

It may be a little too late for that, but knowing Bebop Waffle Shop, there's plenty of space for everyone.