Scientists have discovered the first reproductive female wolverine and her two offspring in Mount Rainier National Park in over 100 years. 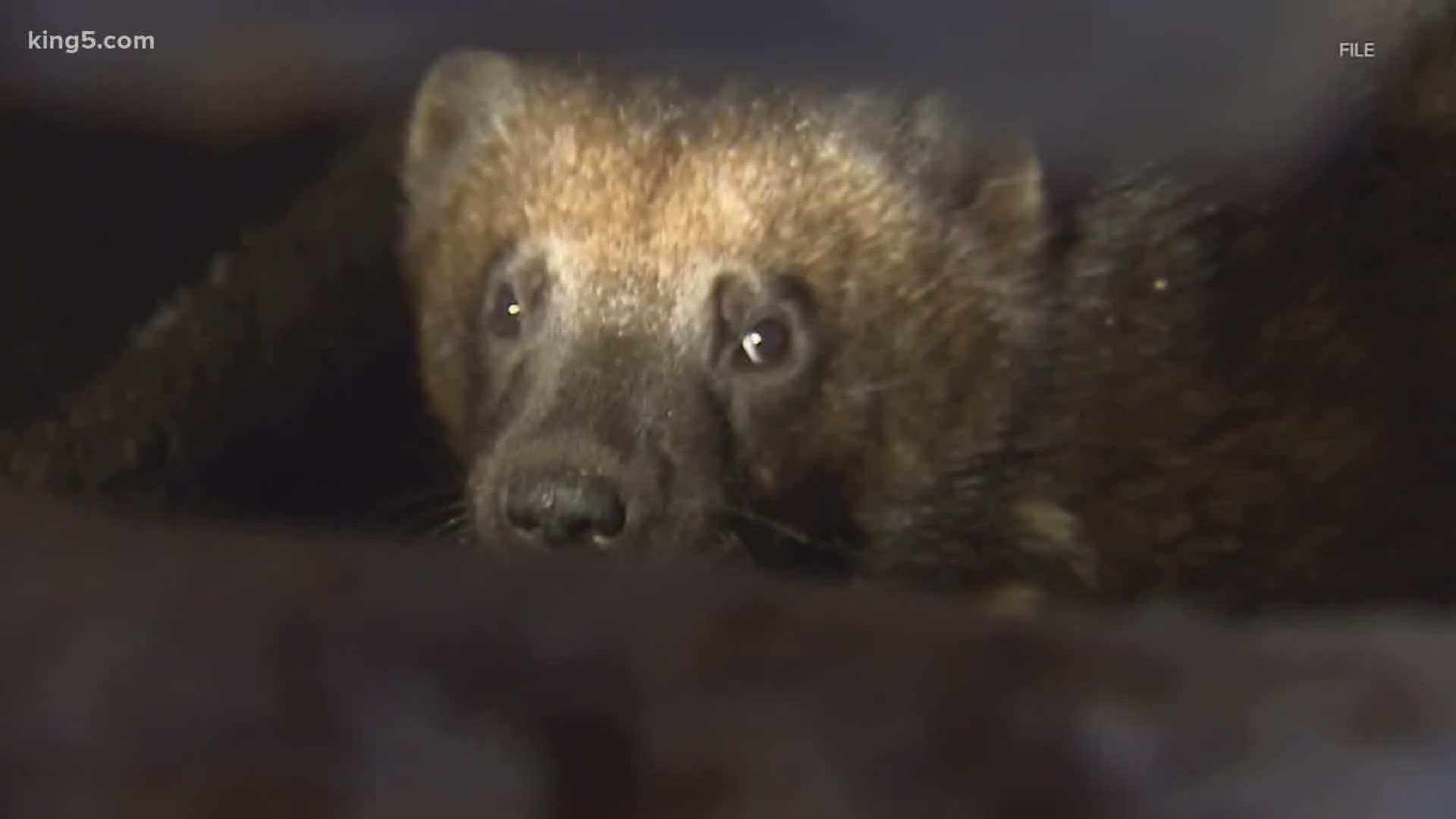 For the first time in over a century, scientists said they discovered the first reproductive female wolverine and her two offspring, called kits, in the park.

“It’s really, really exciting,” said Mount Rainier National Park Superintendent Chip Jenkins. “It tells us something about the condition of the park— that when we have such large-ranging carnivores present on the landscape, that we’re doing a good job of managing our wilderness.”

Wolverines are members of the weasel family and are incredibly rare in Washington and the rest of the lower 48 states. Washington Fish and Wildlife estimates there are only about 20 in the state.

Wolverines were largely wiped out years ago, but experts believe they are slowly staging a comeback in western Washington. And with other confirmed sightings in the area, scientists believed wolverines could start returning the suitable habitat of Mount Rainier National Park.

Video of three wolverines at the end of a snowfield then running through a meadow into a forest. Credit: Travis Harris -kl pic.twitter.com/ALwJoAOmTG

Researchers installed camera stations in 2018 designed to photograph and identify wolverines by their distinct chest blazes. The NPS said the pattern on the animal’s chest is unique enough to individually identify the wolverines. The cameras are also designed to show if a female wolverine is lactating, which is how the wolverine recently discovered in the park was identified as a nursing female.

Though the locations of the camera stations and wolverine dens are being kept secret to protect the animals, the NPS said park visitors can help monitor wolverine recovery by knowing how to recreate in the backcountry without disturbing the wolverines.

With support from Washington’s National Park Fund, Mount Rainier National Park created a new carnivore tracking guide for visitors to download and use before visiting public lands. The app guide is meant to help the public and backcountry recreationists identify wolverine tracks and develop an awareness for the animals.

Park visitors can report their observations or photos of wolverine tracks to the Mount Rainier online wildlife observations database. Observations from backcountry enthusiasts can also be directly submitted to the Cascades Wolverine Project.

“Backcountry enthusiasts, skiers, snowshoers, and snowmobilers can help us monitor wolverines and contribute to studying their natural return to the Cascade ecosystem,” said Dr. Tara Chestnut, a park ecologist. “Wolverines are solitary animals and despite their reputation for aggressiveness in popular media, they pose no risk to park visitors. If you are lucky enough to see one in the wild, it will likely flee as soon as it notices you.”

The NPS service said the recent discovery of the wolverine family in Mount Rainier National Park would not have been possible without the work of volunteers and scientists led by Dr. Jocelyn Akins with the Cascades Carnivore Project.

“Many species that live at high elevation in the Pacific Northwest, such as the wolverine, are of particular conservation concern due to their unique evolutionary histories and their sensitivity to climate change,” said Dr. Akins. “They serve as indicators of future changes that will eventually affect more tolerant species and, as such, make good models for conservation in a changing world.”

Back in 2018, the Cascades Carnivore Project celebrated another milestone - the only known female in the South Cascades at the time (named Pepper) gave birth outside Mt Rainier's boundaries. Researchers hiked to her den to learn more about the reclusive animals.

Now, Chestnut said, the question is whether this new wolverine in the park (named Joni for now) is related to Pepper. They're also interested to see how the animals will roam once the kits gain their independence - it could be as far north as I-90, Chestnut said.

Recently, a wolverine was also spotted at a beach in Pacific County over the Memorial Day weekend last May. Photos sent to the Washington State Department of Fish and Wildlife (WDFW) show the animal traveling on a road and also feeding on what appears to be a seal on the beach. 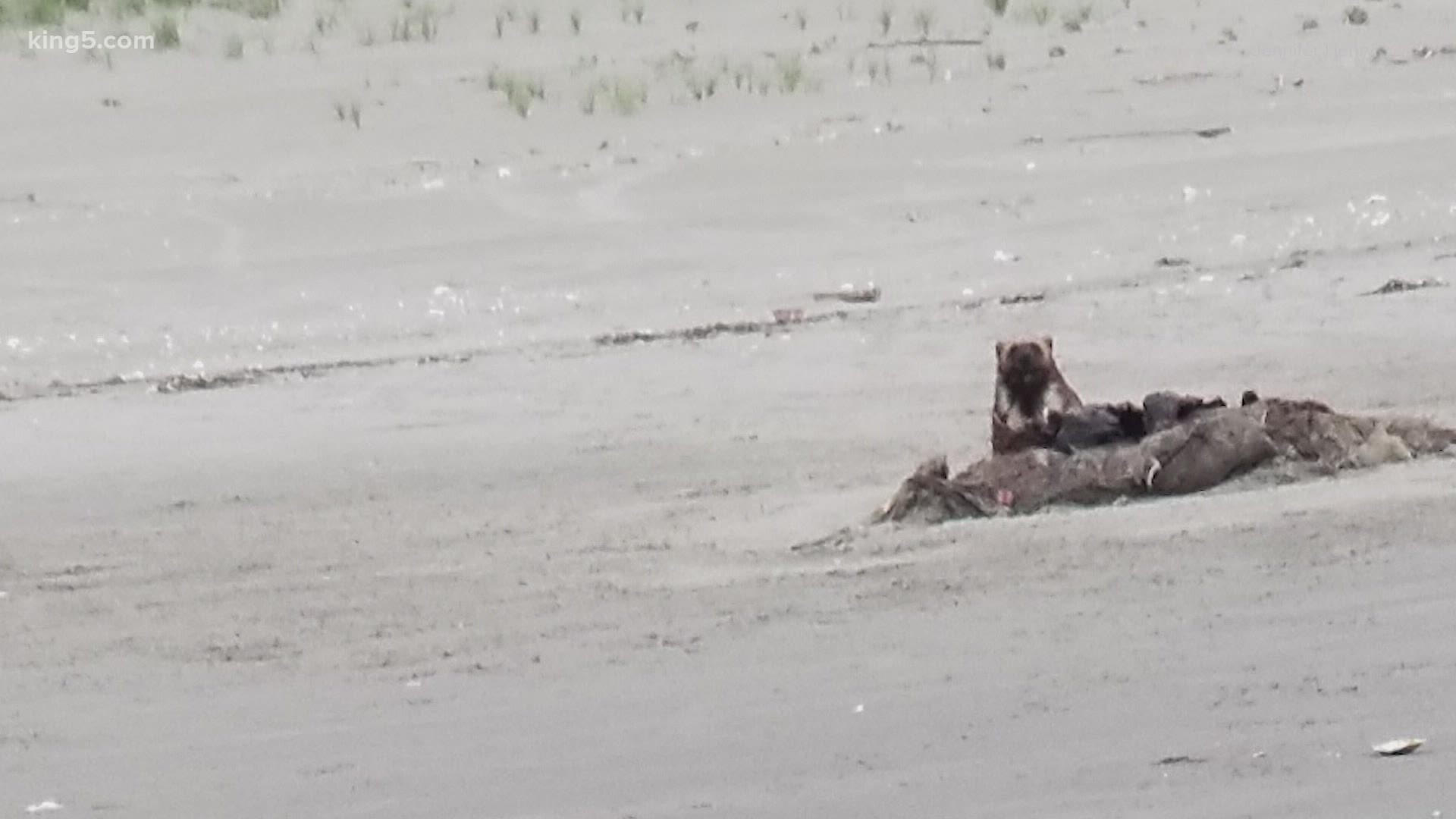 The WDFW believed the wolverine in the photos was a female and said it was possible the animal could have been passing through the area as wolverines are known to cover dozens of miles of territory.

Chestnut said there's no evidence of additional females in the national park - but 4 wolverines have been detected in the last few years, 2 females and 2 males.

They hope they continue trending upward.

"Wolverines hold a special place in so many people's hearts," she said. "They're a symbol of a place's wildness, and they're just really incredible animals." 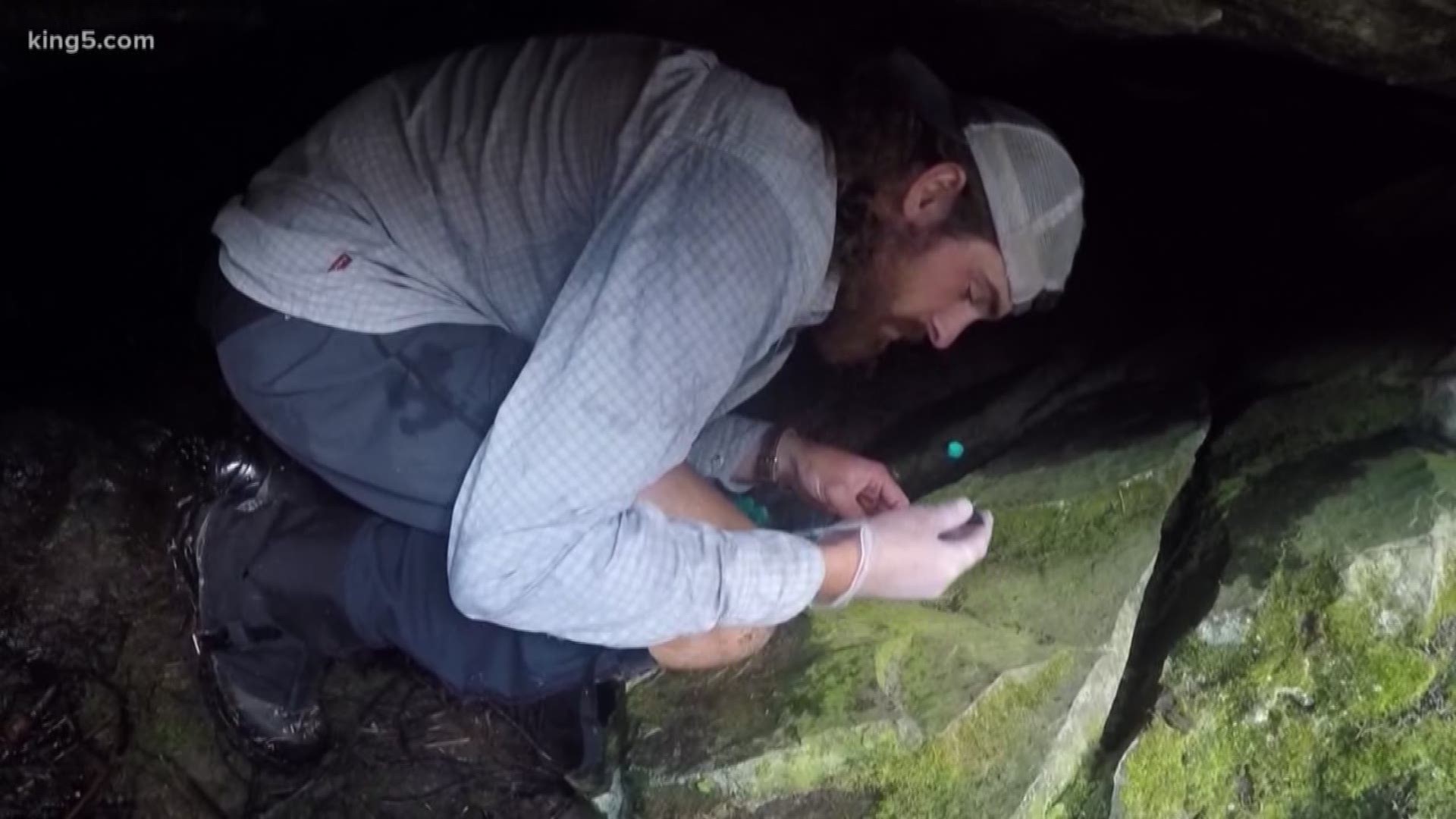