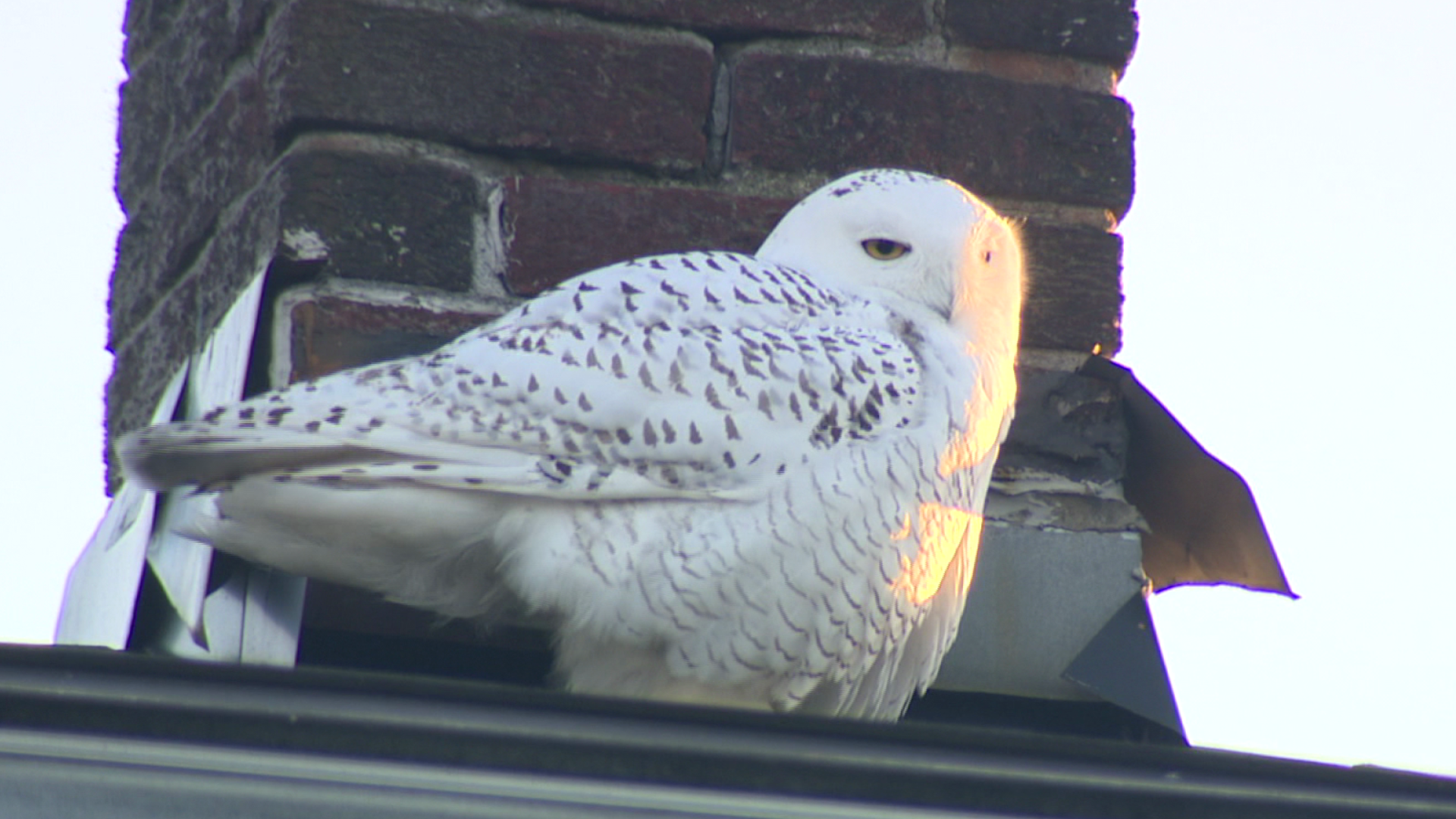 When a visitor from the Arctic tundra showed up on Queen Anne rooftops last week, it captured everyone’s imaginations.

Even Sally Pritchard, the woman living in the home that was the owl’s recent roost, is so charmed by her new housemate, she didn't mind the photographers flocking. She is keeping a tight grip on her cat though.

"It's my house and it's kind of fun it's fun to have people around who are enjoying this owl and I am enjoying the owl,” said Pritchard. "It seems to like our neighborhood - it's a new Queen Anne guest!”

But nobody was happier to see the snowy owl than Paul Bannick:

“To see a snowy owl here in Seattle it is very unusual somewhere between extremely uncommon and rare.”

He's elated because he literally wrote the book on snowy owls.

"The timing is great the book just came out a month or two ago - it's wonderful."

Bannick - an award-winning photographer and author based in Seattle - spent tens of thousands of hours in the Arctic tundra capturing the images for his new book Snowy Owl - A Visual Natural History, published by Seattle’s Mountaineers.

"I wanted people to be inspired by the beauty the majesty and the mystery of the snowy owl."

He had no idea one would make a local appearance to make that job easier, and the owl expert is over the moon about this visitor:

"How magnificent that one comes down here it has everyone looking up at it in the same way and saying I wonder why?”

Bannick’s book answers many of those questions and dispels some myths. For example, this owl probably isn’t in trouble, the birds are migratory and sometimes range this far south. And you can’t tell male from female without getting very close and studying the tail feathers.

Also - getting shots of this owl on Queen Anne is a bit easier than what he endured in the arctic:

“I actually took a selfie on an iPhone, I'm lying in a snow blind lying in the snow, half covered. And I have another one, with my eyelashes frozen shut.”

But capturing stunning images of snowy owls in the wild was worth the freezing work. He says one of his favorite moments was hearing a male owl hooting in the fog, then finally spotting the bird as it put on a dramatic show, complete with a dead lemming in its claws – to attract a female.

And this owl that’s visiting Seattle, snoozing next to Sally Pritchard's chimney, inspires in its own way:

"So what I love - this is truly an Arctic emissary - it comes down here and hopefully people look at this owl and they wonder where is it from? Where does it live? They learn more about the Arctic and what's at stake and they do something,” said Bannick, who adds that the owl’s tundra habitat is vanishing rapidly.

Seattle's owl has been around long enough to earn a nickname - 'Hope'.

And when the inevitable happens - and Hope flies away for good - that's the gift this owl will leave with us all.

“That sense of wonder is such a motivation for human beings, it's delightful.” Bannick said.