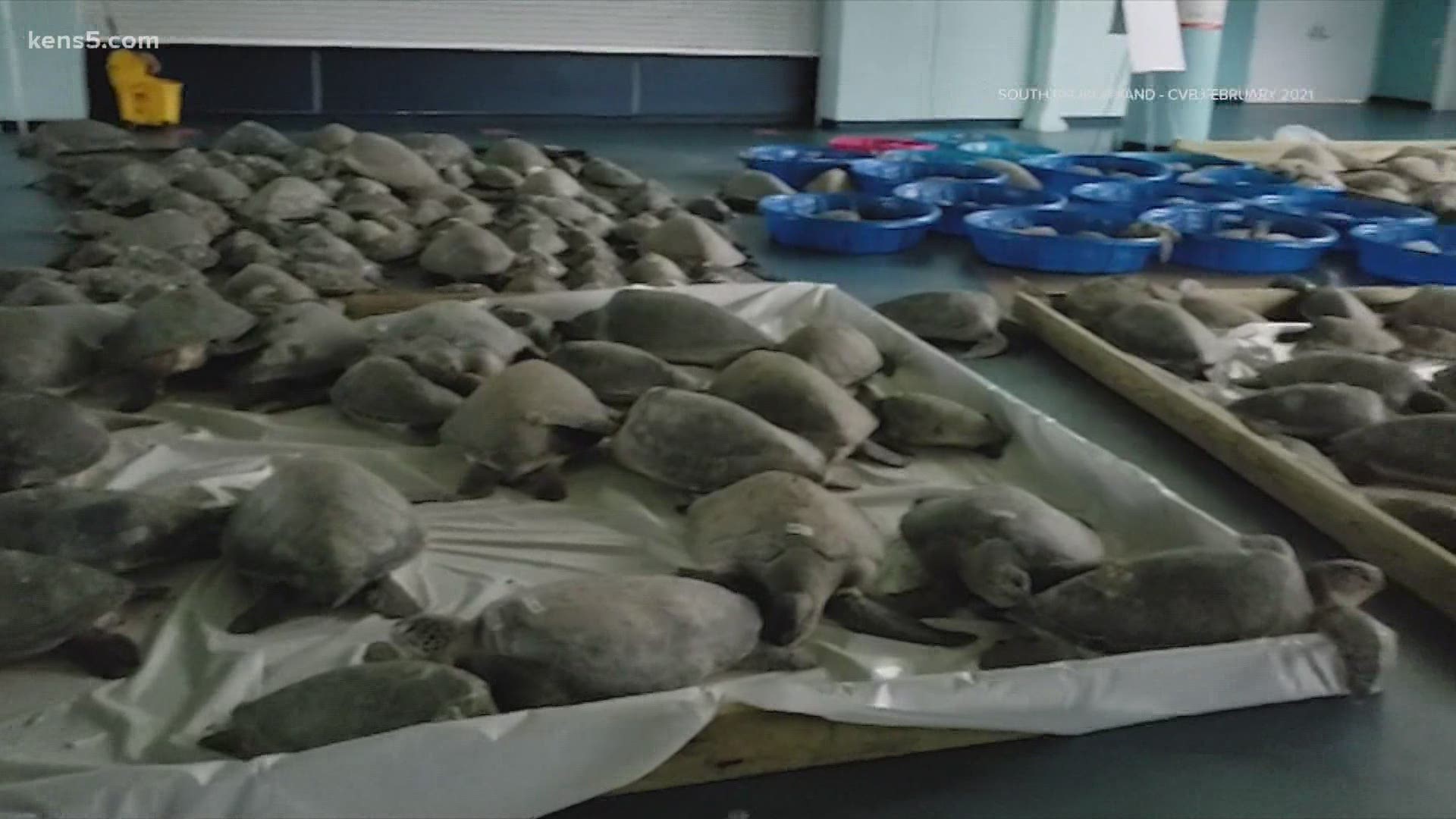 SOUTH PADRE ISLAND, Texas — A lot of work goes into saying goodbye. Sea Turtle Inc. in South Padre island is used to it by now, the organization has had 40 years of practice.

“Our core mission is education, rehabilitation and conservation,” said Wendy Knight, Sea Turtle Inc’s Executive Director. “Sea turtles can come to us and many forms, most of them are brought to us or we are alerted to them by people that are coming here to South Padre Island on vacation or residents that actually live here that come upon a stranded or an injured turtle and call us.”

The goal is to make the patient – a turtle – feel better and release it into the wild.

“Usually in a normal year, a cold stun might mean one 150 -200 turtles,” said Knight, “Never did anyone envision that a big event could mean more than 5,300 turtles.”

That’s how many sea turtles staff and many volunteers have to save after a serious cold spell in Texas this February.

“Sea Turtle Inc. responded to what ended up being the largest cold stun event in recorded history,” Knight said.

When it’s too cold, or too cold too fast, turtles go into a shock like state floating to the surface. There, they can be killed by ocean traffic or even drown.

“It was one of the toughest weeks that I've ever had in my life, physically, mentally, emotionally,” said Chris Gorman, a rehabilitation specialist. “It was a huge test. But ultimately, we pulled through and I think that we handled the cold stun as best as we could and we saved as many of the turtles as we could.”

“We ended up finding out that she had a large number of sea pens that she had eaten out in the wild and had caused some damage to the GI tract,” he said. “So, the medications we were given in here was to ensure that her digestive system is moving as well as we want it to.”

April 27 was Dragon’s day to be released. Jordan’s too. Another loggerhead that was brought in February as well, before the cold.

“Jordan was suffering from anemia, she was also struggling with some buoyancy issues,” Gorman told KENS5. “Now she’s ready to be released back into the wild.”

“They're going off to live their best life, they're going back out into the Gulf, they're going to continue on their normal migration patterns and they'll go out and find some of those different feeding grounds,” Gorman added.

A lot of work goes into saying goodbye. It doesn’t really matter how many times you’ve done it, over 40 something years, it still gives you the feels of the best kind.

“We're extremely excited to get both Jordan and Dragon back out into the wild,” Gorman said. “Without a doubt, there might be some tears out of the release.”

“It is so rewarding to see them glide off into the water,” Knight said. “They give a goodbye breath. As they go into the water, they tend to come up and draw one last breath. And that's really that moment where everything seems to be worth it.”

Anyone can help with turtle conservation. Just pick up your trash when on the beach and dispose of a fishing line correctly. Turtles like to snack in your favorite fishing spots, eating a fishing line is not good for them.

Sea Turtle Inc. says there is one more turtle left being treated after the cold stun. There is no release date set for it yet.