Multiple black bears have been spotted in Redmond recently, causing city officials to post warnings and reminders to residents about bears coming out of hibernation. 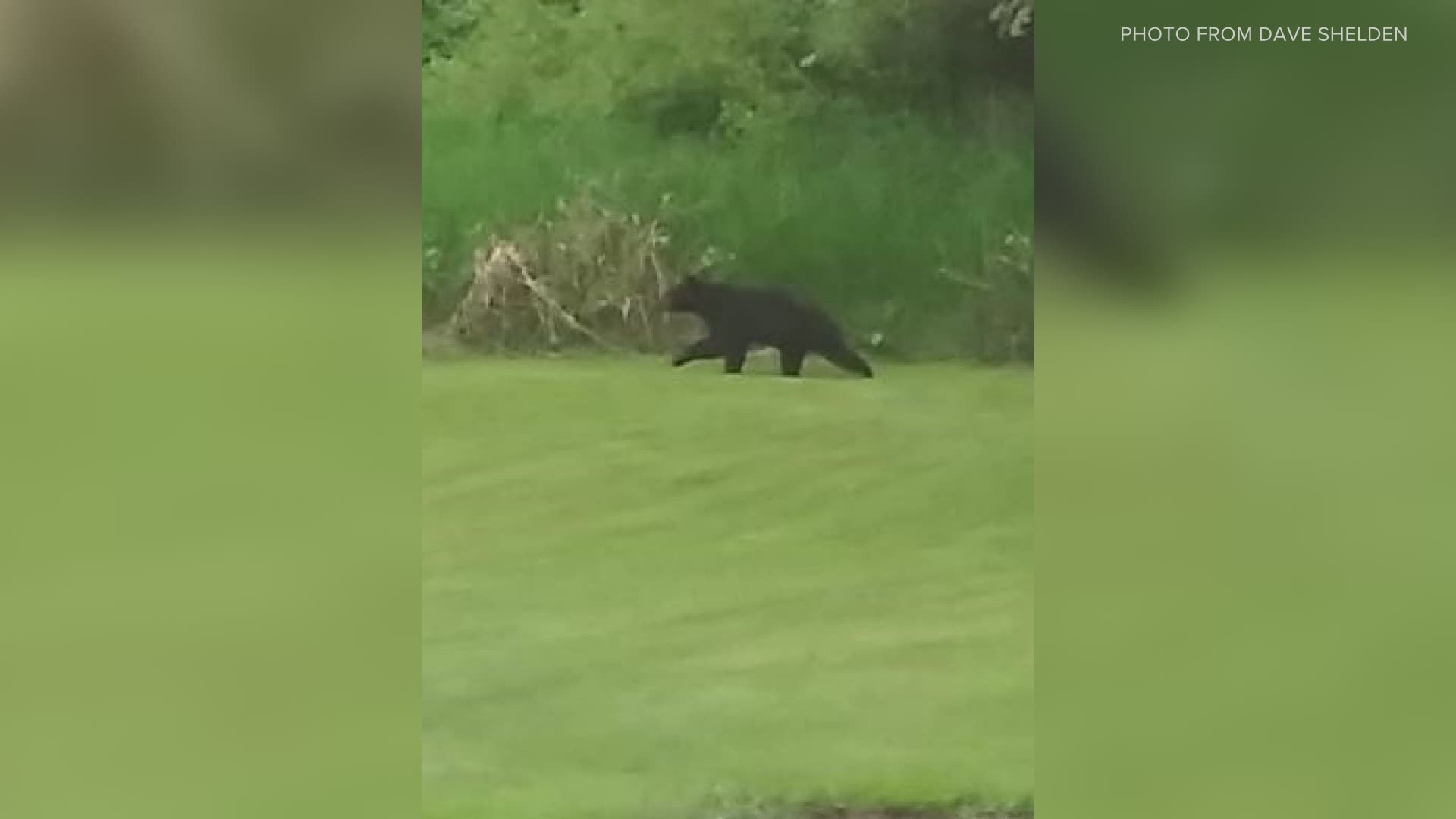 REDMOND, Wash. — Several warning signs were put up in and around Farrel-McWhirter Farm Park in Redmond after the city’s parks department received at least three calls last week about black bear sightings.

The department said while it is not uncommon for people to see black bears this time of year, the sightings included one black bear and possibly a mom and two cubs, which prompted city leaders to warn residents.

Less than a mile away from the park, Redmond resident David Shelden had quite the surprise on Saturday afternoon when he saw a black bear 25 feet away from where he was doing dishes inside his home.

Shelden said he quickly grabbed his camera and when the bear was out of sight, he came outside to take pictures as it was heading north on the lawn.

"He was inquisitive, which was really, really cool, and again when I yelled at him, he stopped, and I started talking to him, and he was listening and was watching, but he wasn't getting tense... it's a lot of fun," said Shelden.

RELATED: Tips to avoid attracting bears to your home or campsite

Despite growing up near the Bear Creek area in Redmond, Shelden said the bear sighting was his first in the neighborhood.

"I'm excited,” said Shelden. “I see wild animals all the time. I spend a lot of time out in the woods, and it's rare enough to see a bear in the woods, let alone a bear 30 feet from your kitchen window.”

While the city received multiple bear sighting calls, Shelden said that is not the move he would make.

Earlier this month, police shot and killed a black bear in Lacey, Washington, after it was seen running around a neighborhood.

Shelden said he understands the fear but hopes as Redmond continues to grow, people will learn to live with bear sightings.

The Washington Department of Fish and Wildlife (WDFW)has a blog post about this time of year being busy for black bears as they come out of their dens hungry from hibernating. The department lists several black bear safety tips, including cleaning out trash cans, BBQ areas and not attempting to feed wild animals. Click here for more information from the WDFW.