A Kent woman is sharing her experience with the Rover pet sitting app after she says her dog died of apparent stress. 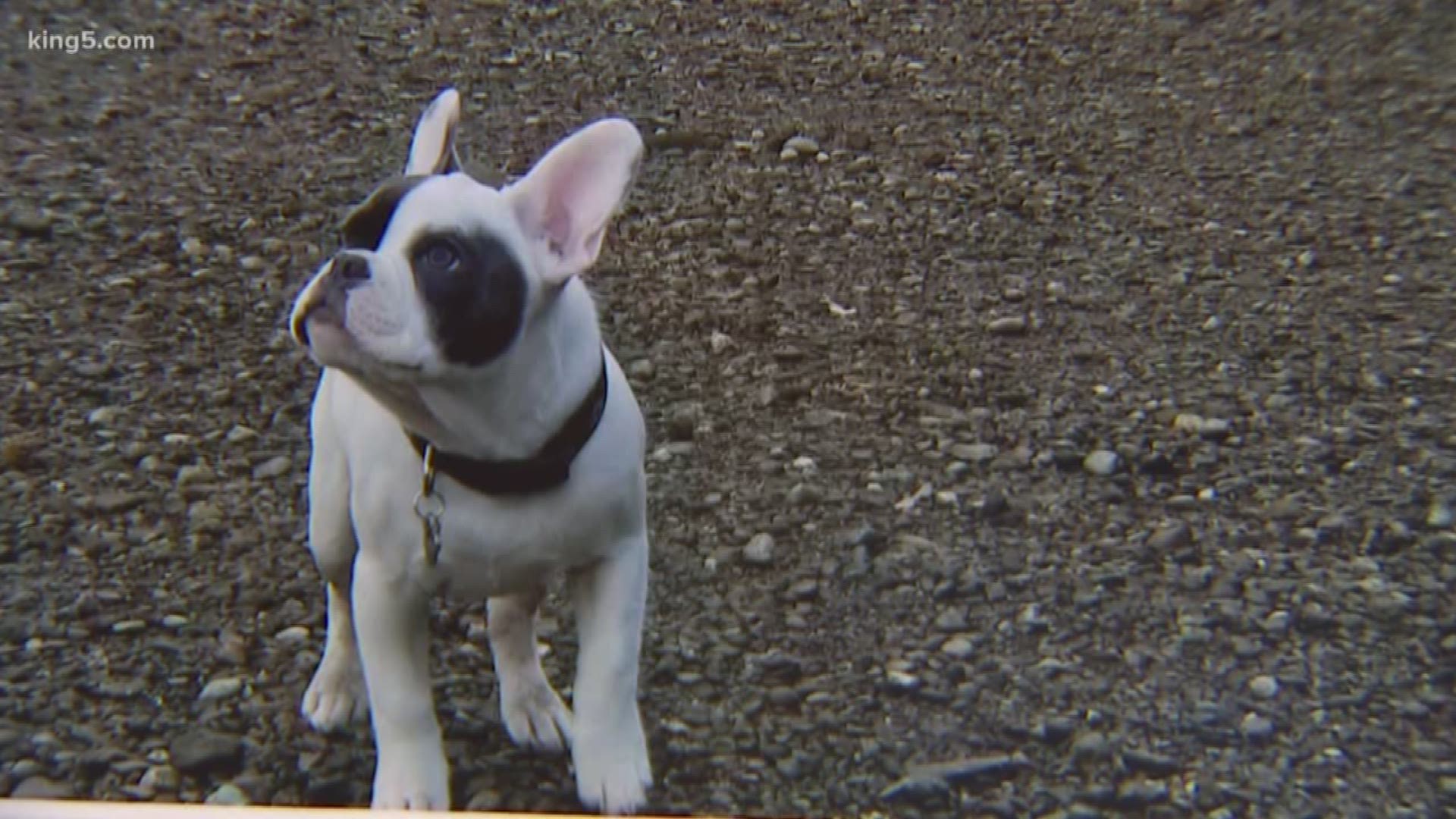 "He was such a sweetheart, it's a lot quieter now without him," she said.

The love she still has for Enzo after his recent death is why she's sharing her story -- she doesn't want what happened to her dog to happen to any other dog owner.

"We'll never know what truly happened or why this happened, all I know is that he was healthy and this should not have happened."

Last month, Gonzalez and her boyfriend booked a pet sitter through Rover, a popular app and website that connects pet owners to dog walkers and sitters.

They found a sitter with hundreds of 5-star reviews. Their friends, who also watched Enzo for a few days, had used the sitter before and were the ones who dropped the dog off at the sitter's house.

Gonzalez said the sitter had told her Enzo would not calm down at night, so they put him to bed in a crate, something that Bella did not give them permission to do because Enzo is not crate trained.

The sitter found Enzo dead in the crate the next morning.

"My best guess is that he got stressed out from being in a crate enough that he went into respiratory distress," said Gonzalez.

She paid $1,000 for a necropsy on Enzo, which determined he died of fluid in his lungs, something that could have been brought on by stress, especially in short-nosed breeds like French Bulldogs.

Through the messaging feature in the Rover app, Bella asked the sitter to go into their home to see what kind of crate Enzo was kept in. The sitter declined and stated they "will no longer respond to any enquiryies on this account." (sic)

"As far as seeing what crate he stayed in, what size it was, whether the room conditions were appropriate, we really just don't know because we weren't able to see," said Gonzalez.

A spokesperson from Rover said they they consider pet sitters independent contractors. The company simply connects dog owners with those offering dog sitting services. Rover then does not assume responsibility once that connection is made.

All dog walkers and sitters on Rover are required to pass a background check and there are reviews available as a dog owner decides which sitter they want to book. But the company only operates under the assumption that the sitters "accept only the breeds, as well as the number, of dogs that will allow them to provide a safe experience for all pets under their care," as well as follow all local laws.

There is no system within Rover of checking up on dog sitters to see if they are doing those things.

Rover does offer to pay for any vet expenses or burial costs if an animal gets hurt or dies in the care of a sitter booked through them. The company did not cover the $1,000 Gonzalez paid for the necropsy.

"It's real convenient, you can just get on your phone, click a few buttons and boom, there's my dog sitter," said Alexander Hughes, the lead animal control officer in Burien, where the dog sitter lives.

Right now, he is investigating to see if any neglect or licensing laws were broken in Enzo's death.

In the meantime, he urges all pet owners to be diligent about who they leave their pets with.

"Any background research you can do on them, site visits, bringing your dog ahead of time, so you're not just dropping your dog off with a total stranger," said Hughes.

Enzo is still close, buried in her front yard under a flowering hydrangea. While she gets used to a more quiet life at home, she hopes her story convinces other pet owners to share everything about their animal's habits, to ask a lot of questions, and know local animal laws, no matter if you book a sitter through an app or not.

"I think sharing my story with others is the only form of closure I'll be able to get."

RELATED: Mystery disease is killing dogs by the dozens in Norway