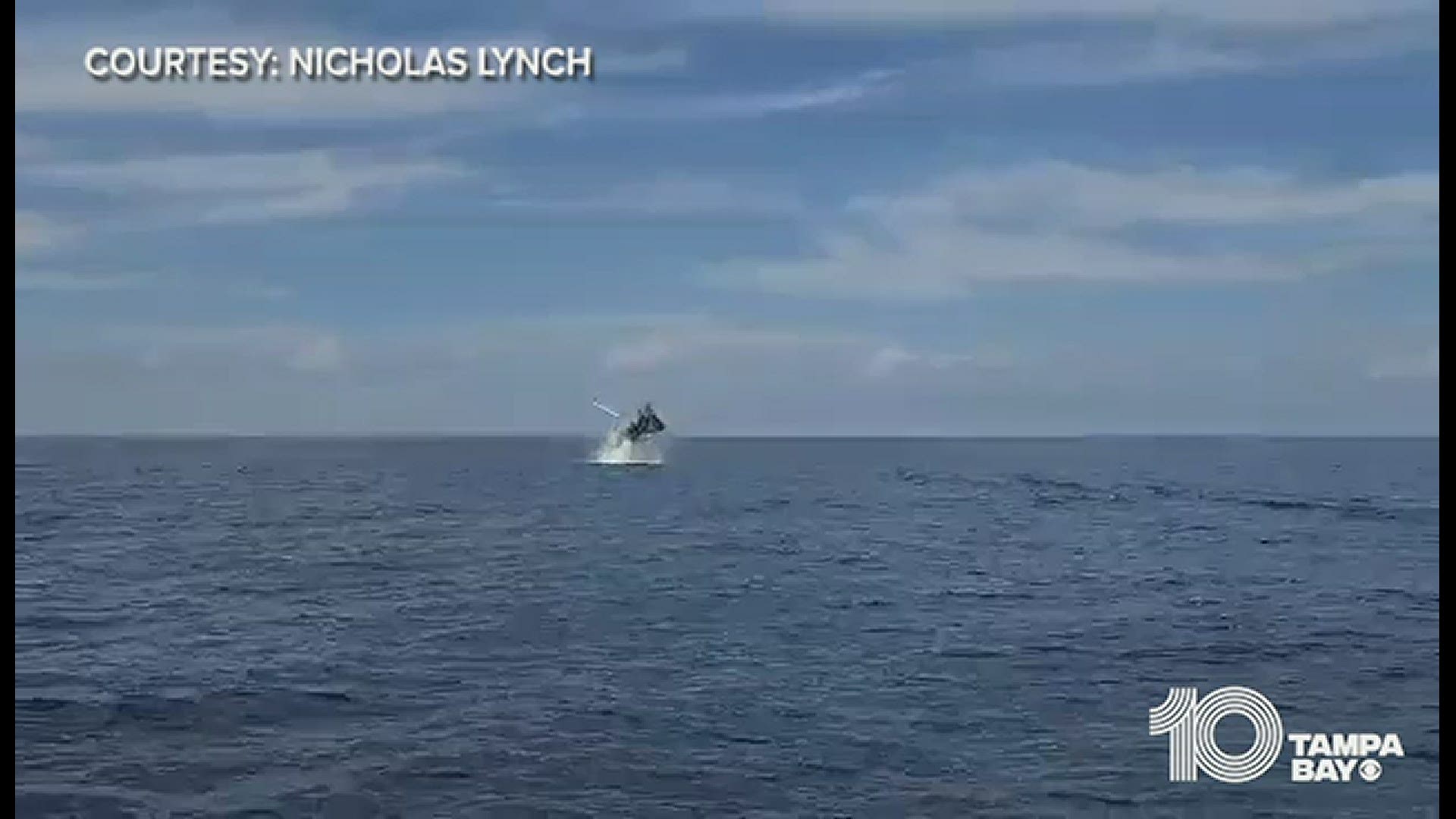 CLEARWATER, Fla. — Manatee County fisherman Nicholas Lynch made the biggest catch of his life Tuesday off the coast of Clearwater Beach. It was not with his fishing pole but instead with his phone camera.

Many people who fish talk about the "one that got away," but this video of a humpback whale in the Gulf of Mexico will live forever on social media.

While out on the boat with his cousin, he saw some white water – thinking it was caused by fish. After turning the boat around to see what was going on, Lynch saw the rare Gulf sight: a humpback whale was jumping out of the water!

“I couldn't believe my eyes. A huge humpback whale in the gulf especially only in 100' deep of water," Lynch told 10 Tampa Bay.

The large whale swam up to within 20 feet of their boat.

Humpback whales are a rare sight in the Gulf of Mexico.

“The last sighting was 2018 in the Panhandle,” explained Lynch.

When asked if he ever thought his biggest catch of his life would be with his cell phone, Lynch laughed and said, "No I didn't, but I hope I'll see something just as cool out in the water again."

According to the National Oceanic and Atmospheric Administration, humpback whales filter-feed on small fish and tiny crustaceans – usually krill. They'll eat up to 2,000 pounds of food each day.

Humpbacks weigh up to about 40 tons, growing as long as about 60 feet and typically living 80-90 years.