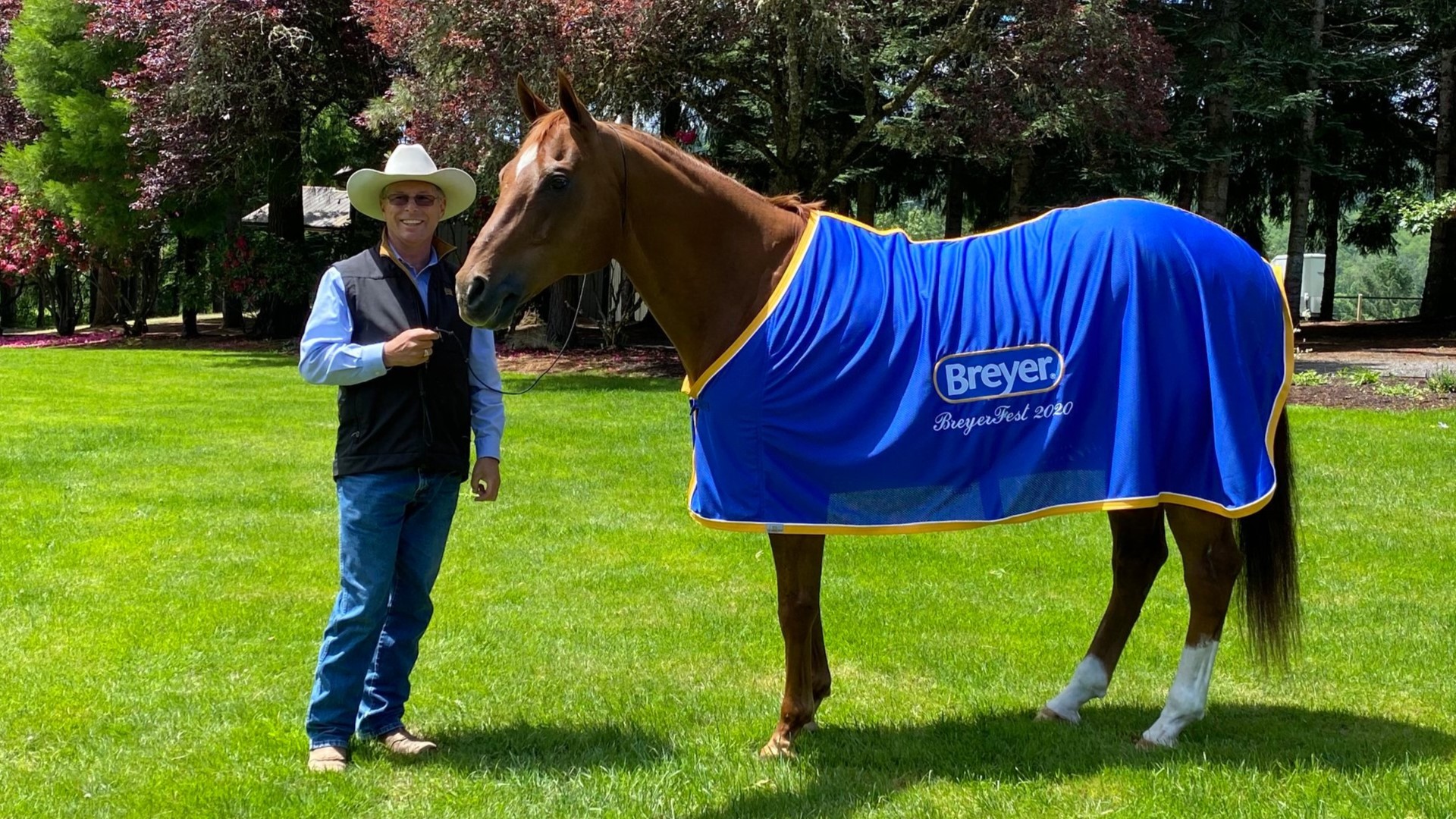 Bolender’s Horse Park in Silver Creek is the birthplace of Checkers and of an exciting,  worldwide sport called Mountain Trail.

“It's a practical discipline,” says Bolender. “The horses have to learn to go over bridges that roll and swing because we actually in the Pacific Northwest have quite a few of those obstacles.

Bolender and Checkers have been teammates since 2006. They won the overall High Point and national championship titles in 2008, 2009, and 2010.

"There's nothing that Mark could ask Checkers to do that he wouldn't do,” says Lee Bolender. “He trusts him that much.”

The trust is mutual. Bolender doesn't use a bridle to control Checkers. That's a little like driving a car without a steering wheel.

“Like some things they say on TV, don't try this at home,” laughs Mark Bolender.

“It's just a big sign of trust between the two of us. He has an option whether or not he wants to please me, stay in the game or not, and if he wanted to leave there is really nothing I can do to stop him.

"I tell people the biggest bridle you will ever have is between their ears.”

After three championships and four million views on social media, Checkers has retired from competition.

“Checkers has been an inspiration to literally millions and millions of people across the globe,” says Bolender. “Everyone knows Checkers.”

That explains something that recently arrived in a cardboard box.

“I remember just bursting into tears,” says Lee. “I was so excited for him.”

It's a scale model of Checkers from Breyer, maker of famous model horses collected in every corner of the world. You can buy your 1:9 scale version of Checkers.

Among horse enthusiasts there may be no higher honor.

And it means Checkers will be celebrated and remembered long after he completes his final mountain trail.

“I think he knows he's a star.” says Bolender.