A couple caught video of a bobcat stalking their chickens through a wire coop at their Woodinville home. Here's what to know if you see a bobcat nearby your home. 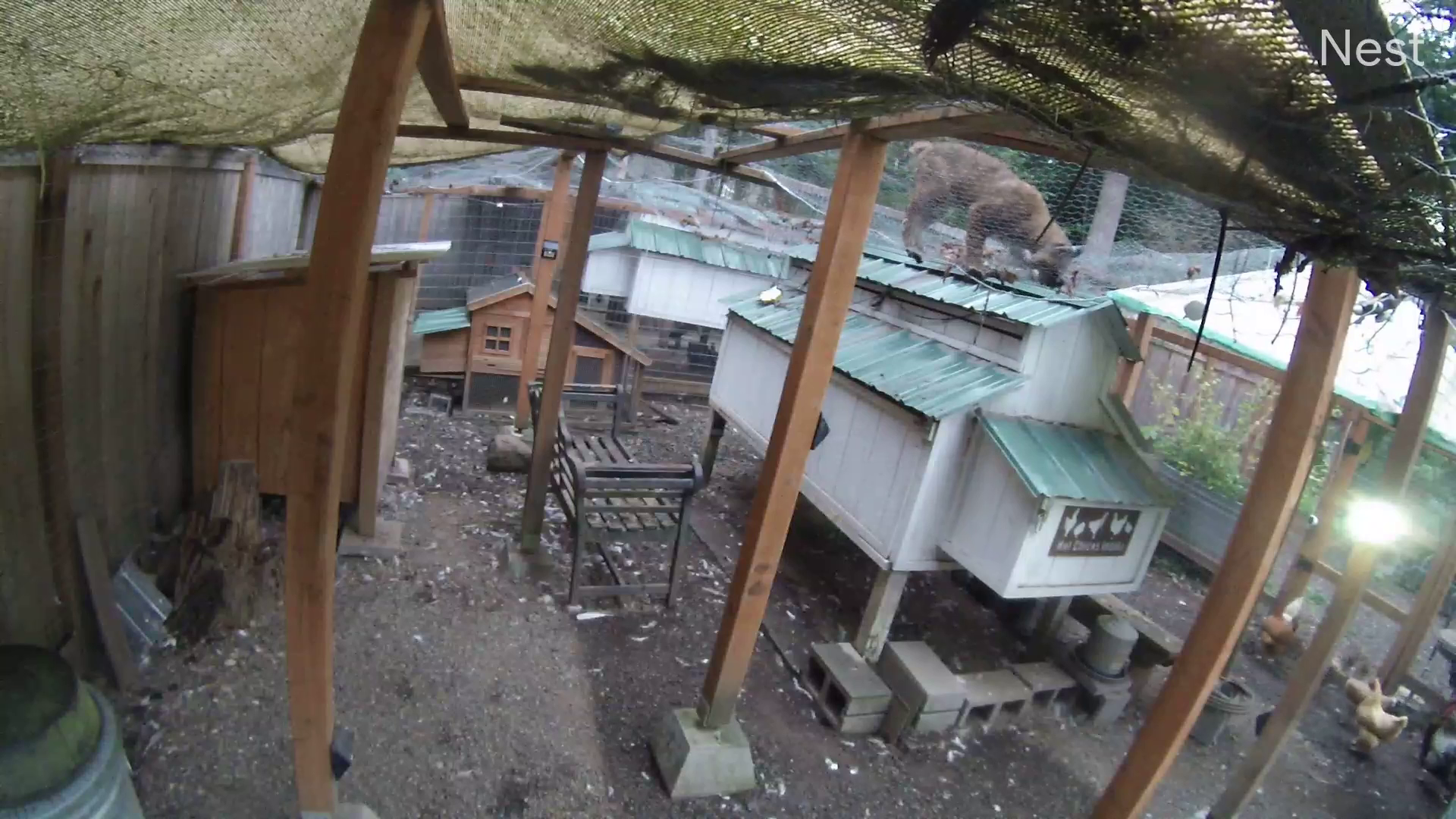 WOODINVILLE, Wash. — A Woodinville couple caught a bobcat stalking their chickens through the roof of a wire chicken coop on camera.

The bobcat can be seen in the video walking across the roof of the coop, staring at the chickens down below. Mary-Jo Meyers-Barnes said a bobcat actually got through the roof of their chicken coop earlier in July but was thankfully more concerned with escaping than attacking the hens.

Bobcats are appearing in suburban settings more and more often, according to the Washington Department of Fish and Wildlife (WDFW). It's uncommon for bobcats to kill domestic animals, but they have been known to attack poultry, lambs, small goats, pigs and house cats. 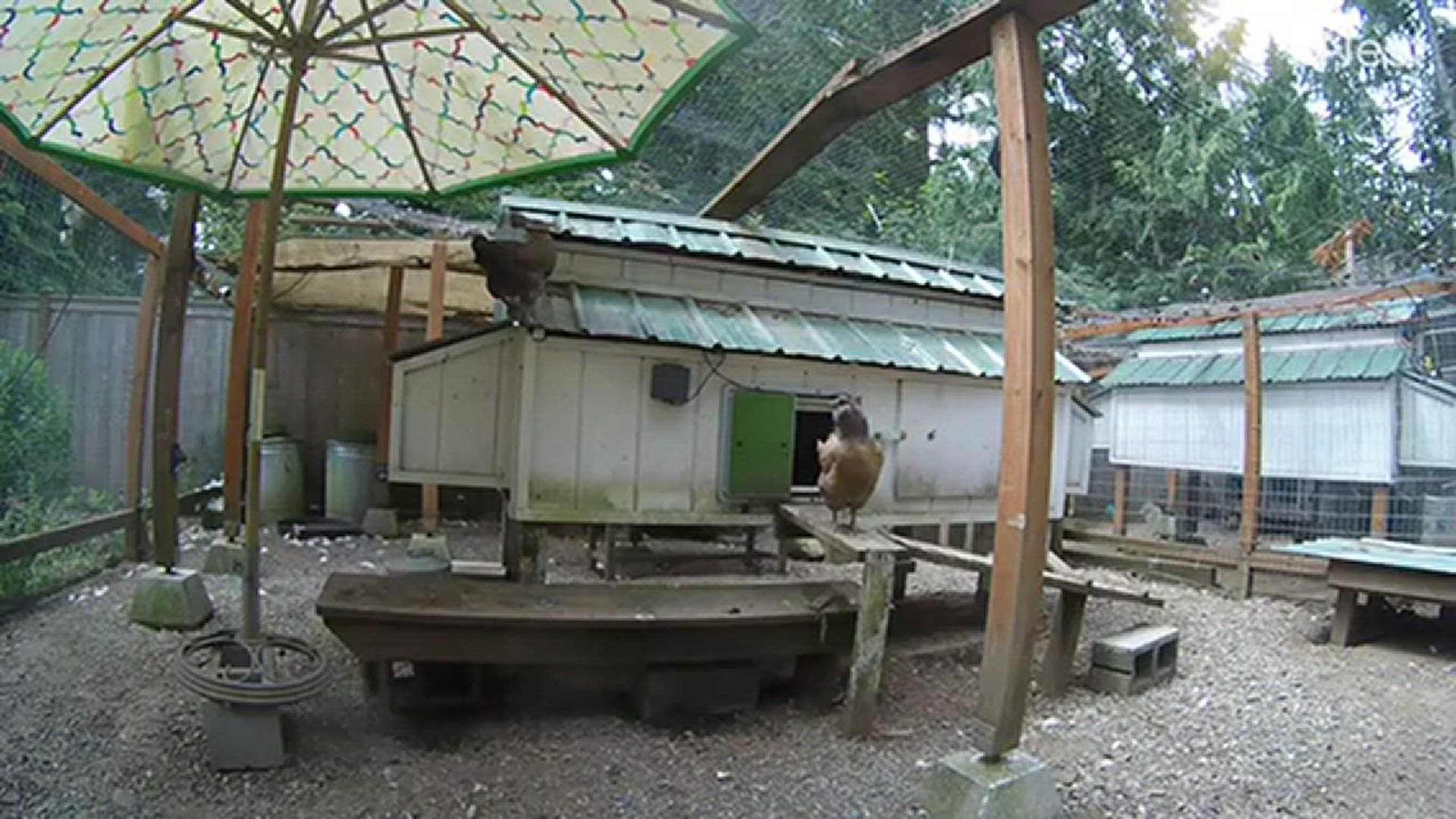 The best way to keep animals safe from bobcats is to keep them inside particularly from dusk to dawn when bobcats are known to be active or keep animals like chickens enclosed in pens and coops, like the one shown in the video.

Bobcats are naturally cautious and are rarely seen by humans. Scare devices like bright lights, motion detectors connected to recordings of barking dogs or radios will deter bobcats only for a short time, until they realize they aren't life-threatening, according to the WDFW.