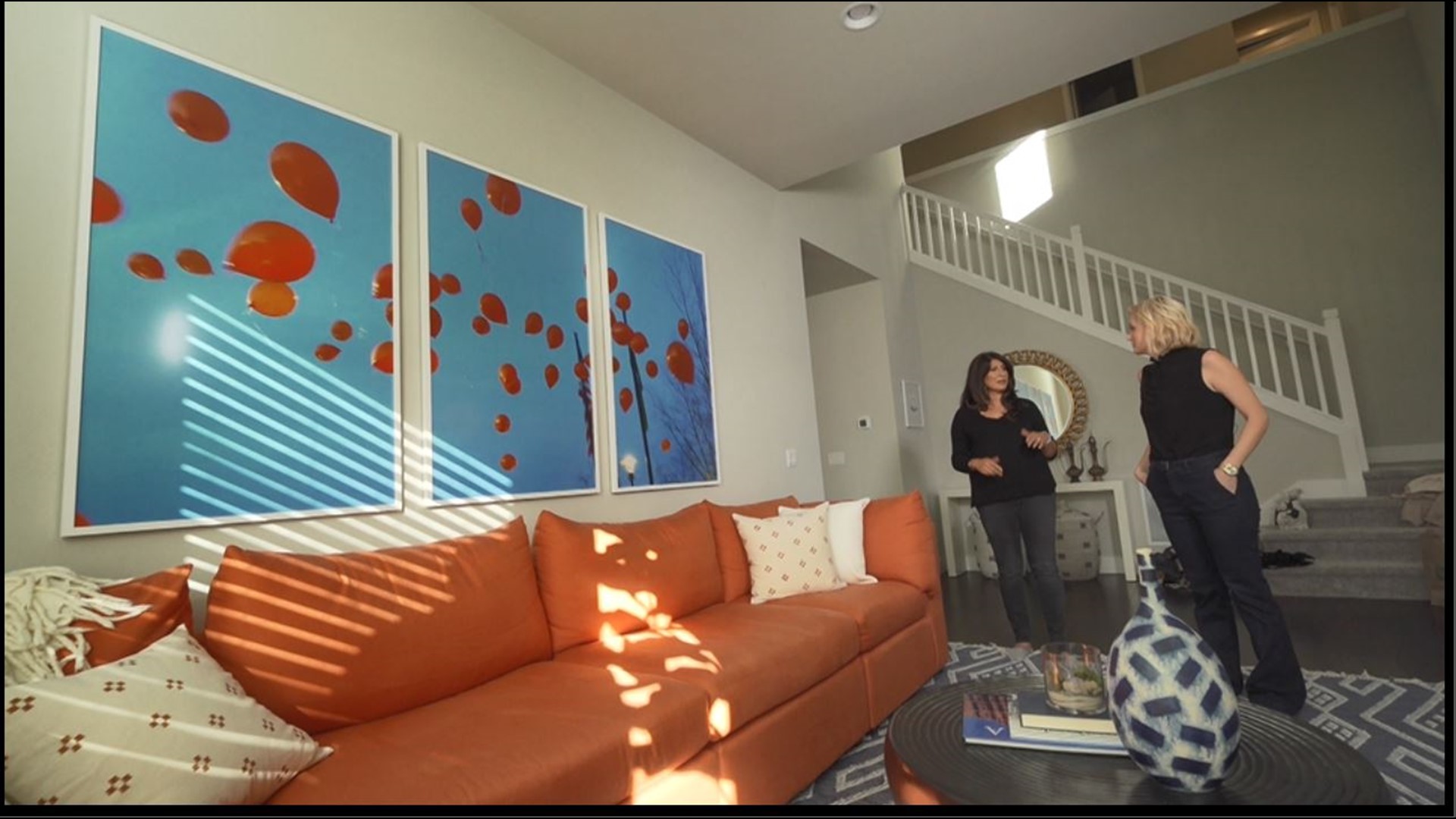 BOTHELL, Wash. — When Mumtaz Zimbalist and her husband purchased their new house in Bothell, they knew they would need help to make it feel like home.

A month before moving in, their 5th grade son Mika, born with cerebral palsy, died unexpectedly.

They hired Interior Designer Keri Peterson to make the transition as easy as possible.

"It was a sad time for them instead of this happy time moving in to this new home; and so she wanted to figure out a way to make this space happy and also find ways to honor their son's memory," explained Keri.

It wasn't long into the first meeting before Keri realized she was there for a reason. Keri knows what it's like to lose a child.

Eight years ago, because of pregnancy complications, she gave birth to twins at 27 weeks.

"One of my sons, Jude was perfectly healthy.  He just needed to hang out in the NICU for 3 months. and he was ready to go home. Our other son, Gideon struggled a lot more.  He was transferred to Childrens Hospital; and then at 8 months he was done fighting and we had to let him go.  My grief journey was 8 years ago, and still it continues," shared Keri.

And not only did they share this profound loss, they also had the same grief counselor.

"This was from my son. He sent Keri. I knew this process would be sad at times and I wasn't sure if I would feel motivated to do it. I feel like when Keri came into my life it was a sign from my son that she gets it and will make it work for you, said Mumtaz.

Mika's favorite color was orange and so Keri went to work incorporating that color into the desing.

Keri said she doesn't work with orange a lot, so she scoured the Seattle Design Center in search of the perfect fabric.

But the feature of this design, ended up being something Mumtaz already owned.

"At his memorial service, they released many orange balloons. She had a photograph of that day. I took that photograph and I had it enlarged and turned into a triptych," explained Keri.

Mumtaz says this space makes her feel closer to her son.

"When I walk down the stairs and see balloons from the memorial service,  I say Hi, Good morning Mika. It makes me feel like he's more present and that's peaceful to me," shared Mumtaz.

And for an interior designer like Keri, it was a beautiful reinforcement of why she does what she does each day.

"I definitely feel like this project was meant to be. And it gave me confidence  as a designer that I didn't have before. I can really do something good here.  It's not just about pretty things. I have the ability to impact how a family lives and functions in their space and that's really important to me," said Keri.

Mumtaz is now looking to honor her son's memory in a different way. She wants to make sure other kids like him can have access to an outdoor play space.  She's currently working with the City of Edmonds on constructing an accessible playground, a place where kids of all abilities can belong and play.

The fundraising effort is now underway. If you'd like to help or get more information, you can find it here.