Some of the best food around can be found on four wheels. Give Bomba Fusion a try. 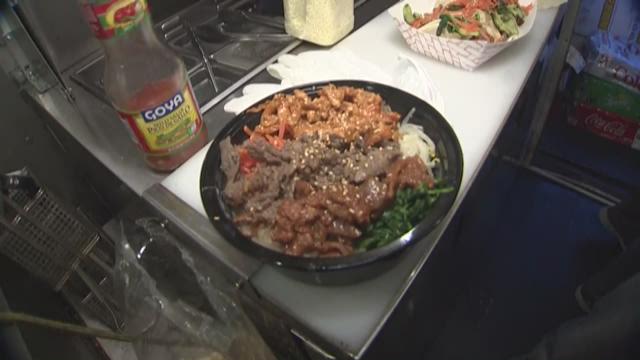 Some of the best food around can be found on four wheels. We spoke with Simon Yu, founder of the Bomba Fusion food truck.

1. How did you get started? It came about during a challenging time in your family.

When I was 19, my parents declared bankruptcy, and I was forced to drop out of UW as a result. I found a full-time job but it didn’t pay enough for my rent and living cost so I started to deliver Korean tacos to students across campus to pay for rent. My Korean tacos became a really popular late night food option for UW students. I ended up getting a full ride to UW and managed to graduate after dropping out for a year, and was able to start a food truck after graduating.

2. Were there times you didn't think you were going to make it?

Yes, I can’t even count how many times we thought we were going to go under our first year. We had limited capital when we first started the truck so we bought a bad truck. Our truck ended up catching on fire twice; refrigerator broke down, grill broke, brakes were faulty, water tank exploding, and so many other events that happened which we had to figure out how to fix and not go bankrupt. There were so many moments where I felt like I wanted to give up but it’s how effectively you solve problems that help you run a good business.

3. How did you come up with your concept and menu?

I had always enjoyed Chipotle growing up and coming from a Korean household I enjoyed Korean BBQ. I decided to fuse my mom’s Korean BBQ recipe with some tacos one day, had a couple of my friends try it out and they thought it was one of the most delicious things they have ever tried.

4. What is your most popular dish and your personal favorite?

Bibimbap Trio is our most popular dish, it is a combination of our bibimbap rice dish with all three types of our Korean BBQ topped with a delicious fried egg and sauce.

My personal favorite is the Spicy Pork Bulgogi Burrito with kimchi and fried egg.

5. Where can people find you?