101-year-old Edmonds WWII veteran reflects: 'I was one of the lucky ones'

Buck Weaver has been alive for every single Veterans Day observances. He said, "Every day I'm able to appreciate how lucky I am to be here." 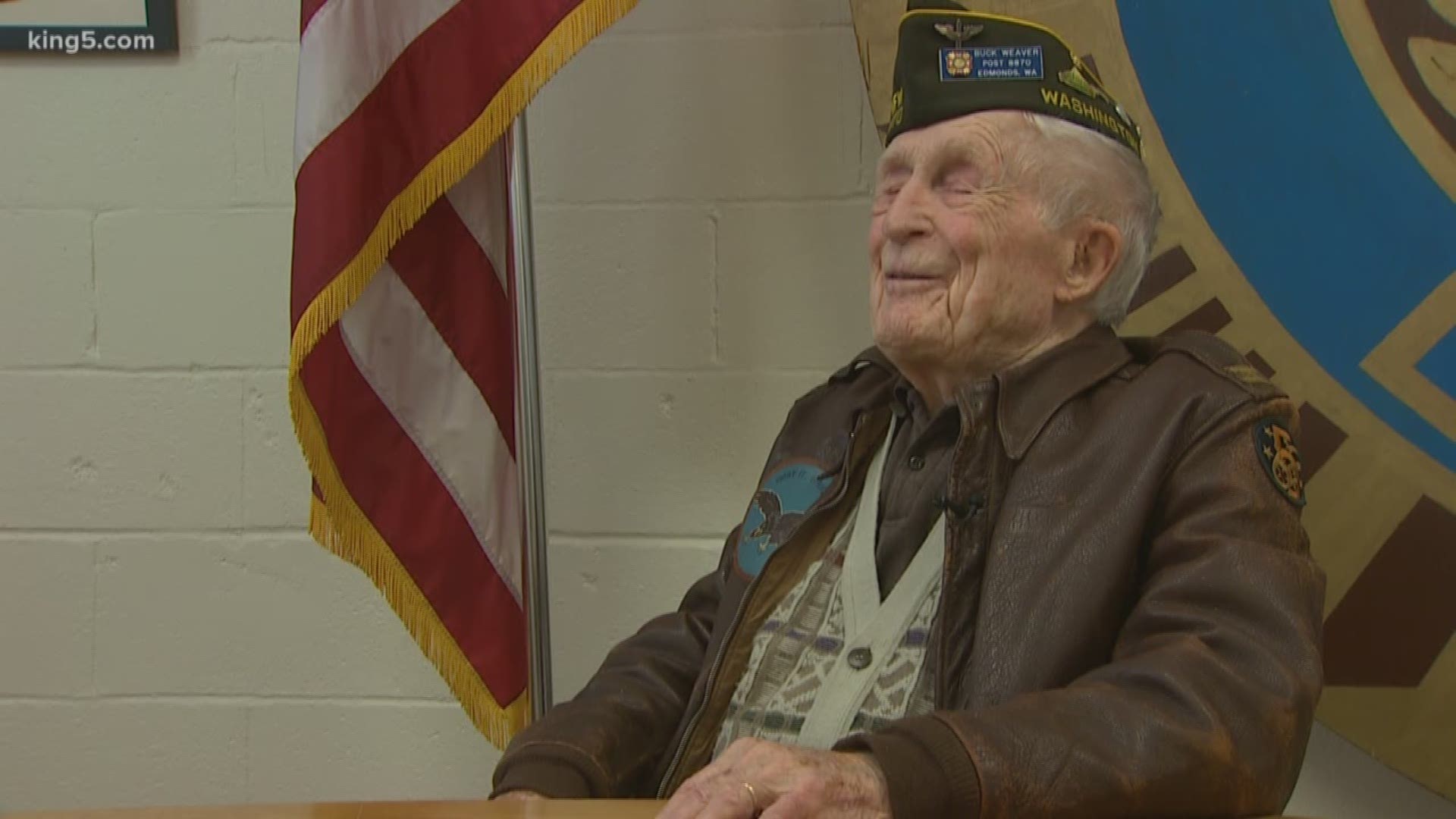 On Veterans Day, his travels took him to the town's Veterans Plaza where he was greeted with hugs, handshakes, and salutes.

"That's good for my soul," he said with a wide smile.

Weaver was a fighter pilot in the South Pacific during World War II.

He said he watched many of his good friends die. While he prefers not to talk too much about all that, he acknowledges the hell so many endured.

"Not everybody made it through alive," said Weaver. "I was one of the lucky ones."

"Lucky" is a word that Weaver often uses when reflecting on his life.

"Every day I'm able to appreciate how lucky I am to be here," he said.

RELATED: Where you can honor Veterans Day across western Washington

At 101, Weaver has been alive for every Veterans Day celebration America has ever had, dating back to 1919 when it was called Armistice Day.

He is the last of his war buddies still alive.

But even with that sad realization, this enduring member of the Greatest Generation is still full of gratitude.

"I'm just very thankful the good Lord has seen clear not to wipe me off the face of the Earth," he said with a chuckle.

It has been a full life for Weaver, but he admitted one thing was missing.

A huge baseball fan, he's hoping his beloved Seattle Mariners will find a little luck of their own and make it to the World Series in his lifetime.

"I just hope I'm in good enough shape that they can take me to the ball game," said Weaver. "That would really be something."

RELATED: Why is Veterans Day celebrated on November 11?