Appearing on KING 5 was a bucket list item for Lillian Nesheim, who has been watching Channel 5 since it went on the air for the first time in 1948. 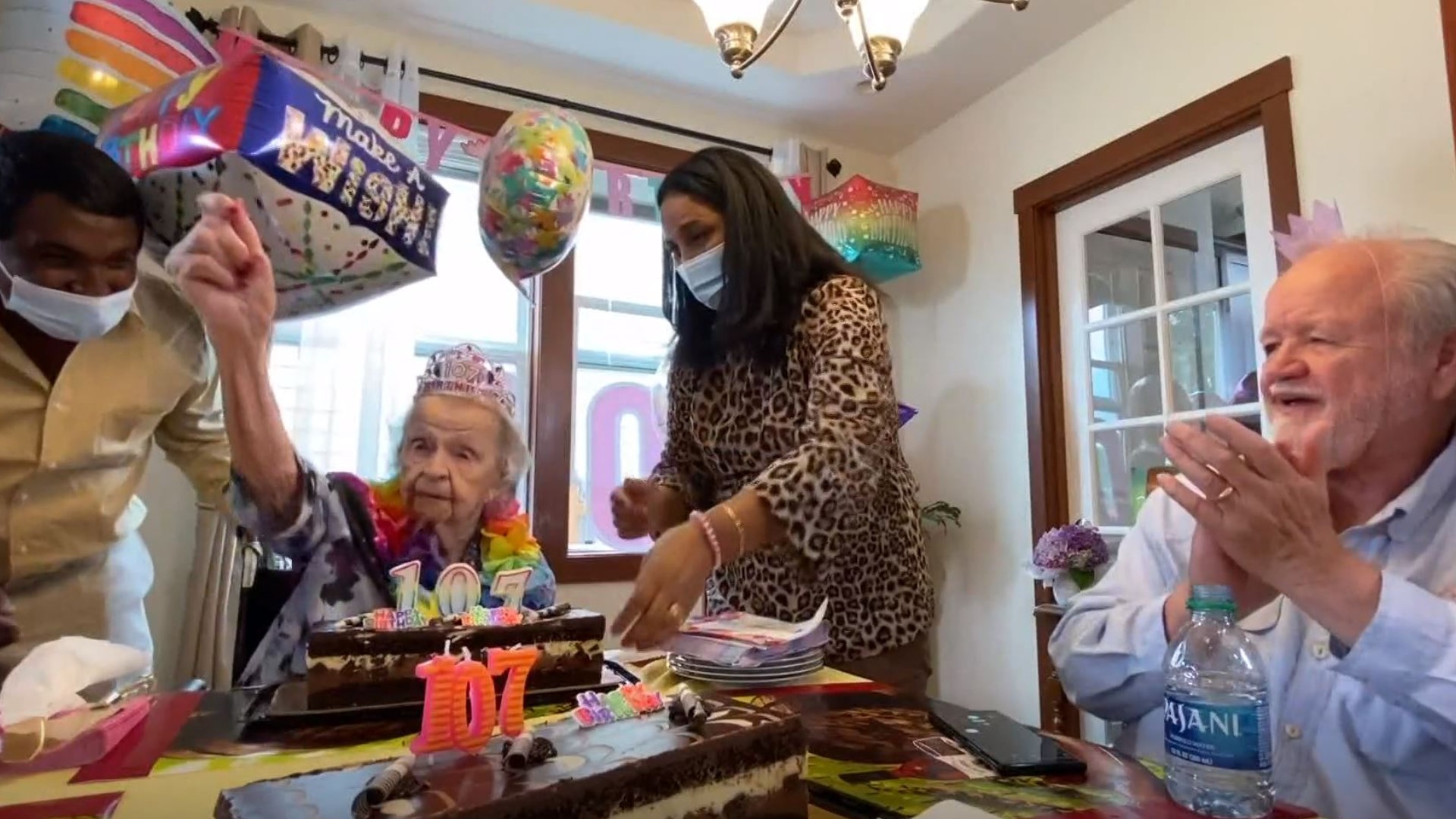 EDMONDS, Wash. — An Edmonds woman made her debut on KING 5 Thursday and it turned out to be 107 years in the making.

Lillian Nesheim celebrated her 107th birthday Thursday. Her caretakers said she wanted to appear on KING 5 as a bucket list wish for the last several years, but the pandemic made things too challenging.

But luckily, everything aligned this year for Lillian to celebrate her birthday on television.

Lillian was born in 1914 and grew up in a logging family in Burlington. Her family said she was painfully bashful growing up and most of the vintage photos of Lillian show her looking at her shoes instead of the camera.

Lillian is under the care of hospice and lives at Crystal Ridge Adult Family Home in Edmonds.

"So many people associate hospice with dying but this is about living and celebrating life," said Medawattage. She said studies have shown patients in hospice tend to live longer because they’re getting a holistic team that specializes in pain and symptom management.

The owners of Crystal Ridge Adult Family Home agreed, and said they’re in business because a former patient named Hellen willed them money to expand their services and care for more people. The organization now operates two adult family homes next door to each other.

The birthday celebration Thursday featured family members, friends and caretakers who call Lillian "Grandma." Lillian doesn't have much to say at 107, but when she was told "KING news showed up," she looked up from her birthday cake and said, "Channel 5!"

Channel 5 was the first television station in the Pacific Northwest and went on the air in 1948. Lillian was in her 30s by that time and her son said they always watched KING 5.

"From shows like Sheriff Tex and Bea Donovan…and of course the Hydro races," Lillian's family said.

Now, Seattle's legacy television station got to watch one of their oldest viewers blow out the candles, even if it was delayed due to the pandemic.

"Worth the wait!" said Lillian's family.