Local volcanoes are the design inspiration for SML, a Seattle "multidisciplinary creative studio" that crafts modern furniture and housewares 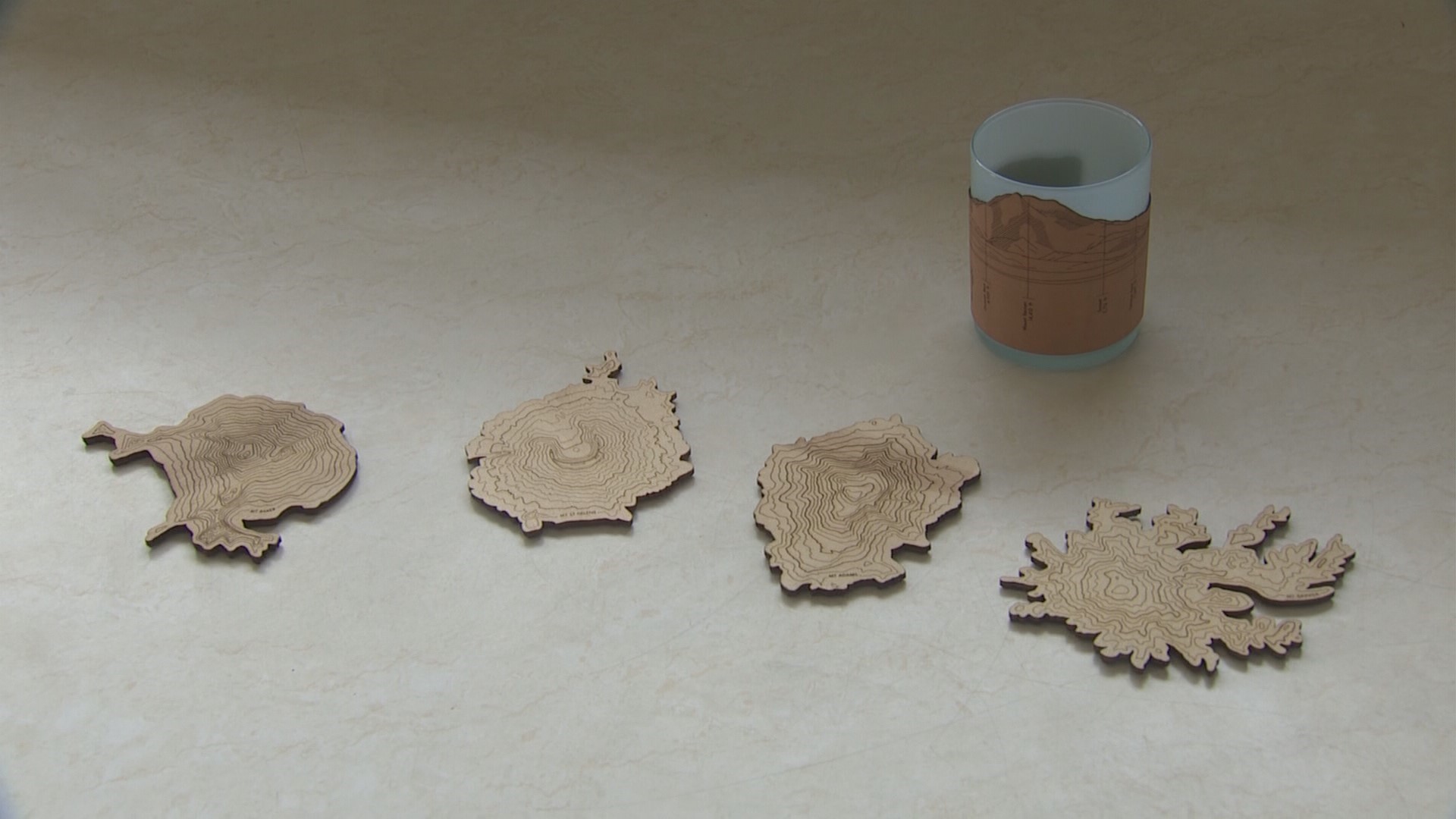 SEATTLE — "My background is in architecture and in architecture you use the ground because you have to build off of that," said J. Sawyer, founder of SML. "It turns out, there's a lot of really great beautiful designs that are implicit in topography and I found that particularly interesting."

SML is a furniture design company that began in 2014. Sawyer said it changed once he brought his wife, Sara Smiley, on-board because that's when they began to focus on furniture and housewares inspired by nature.

"My background's actually in graphic design so it kind of made sense for me to take over the digital side of it," said Sara. "I can get topography information from anywhere in the world."

Sawyer and Sara are local to Seattle so they decided to focus on Mt. Rainier and the surrounding volcanoes that are familiar icons to residents of the Pacific Northwest.

Once Sara has topography information, she can use a laser cutter to etch the design onto wood to make their bottle openers, coat hangers coasters, or pillows.

"I think the thing that is really most interesting are the pillows because they are handmade by Sara," said Sawyer. "And two, they are from Pendleton wool. So it's all locally made, local material, inspired by local mountains."

The number one seller is their Washington topography coasters which come in a set of four including; Mt. Rainier, Mt. Adams. Mt. Baker and Mt. St. Helens.

"One of the great things about topography is that it's a temporal thing, it's what it looks like today," said Sawyer. "Mt. St Helens didn't look like that in 1980 but it looks like it now."

SML's next project might be to turn Seattle parks into their newest works of topographic art.