'Why can't I find my mom?': Woman who searches for missing among homeless gets tip from Portland

PORTLAND, Ore. — An Illinois woman who’s spent the last quarter of a century searching for her mentally ill mother, and in the process created a national resource for thousands searching for their own relatives, believes she may have a lead among Portland’s homeless population.

“This one actually came in today,” said Robin Burton, looking at a string of Facebook messages on her phone. “It’s a grocery store. They sell groceries and clothing and little odds and ends. It’s called Fred--Fred Meyer’s? Are you familiar with that?”

Burton, who spoke with KGW via Skype Thursday from outside her work in Collinsville, Illinois, added that the tipster specified it was the Gateway Fred Meyer.

“I have got people right now sending things into Portland, into some of the shelters. What I’m going to do is, I’m going to try to find all the street outreaches,” she said. “Those who volunteer out on the streets and give out hygiene products and food and clothing … Those are our eyes.”

Missing & Homeless
Have you seen 29 year old Sean Michael Moss and his young daughter Madison Moss? Missing since August 9, 2019 from Douglas County, Oregon. If you have any information regarding this case you are urged to call the sheriff's department immediately at 541-440-4471 ROSEBURG, Ore.

Her mother, Cloudia Leslie Wells, was in and out of her life since childhood before disappearing for good in the mid-90s.

As a kid, Burton fantasized about why her mom wasn’t around.

“I always thought that my mom was living the life of the rich and famous. I didn’t have any idea of the truth,” she said.

In her early 20s, an aunt told Burton the truth: Her mother was battling paranoid schizophrenia.

Burton, who works now as an insurance agent, said suddenly, everything made sense.

“I started studying the illness,” she said. “I was trying to educate myself on it because back in those days, we pushed it under the rug like everything was OK.”

Burton lived in that limbo for years, learning more about the disease, but unable to find out anything about her mom’s whereabouts.

Then, in 2014, she stumbled across an article in the Los Angeles Times about the annual Point In Time count of the area’s homeless population. 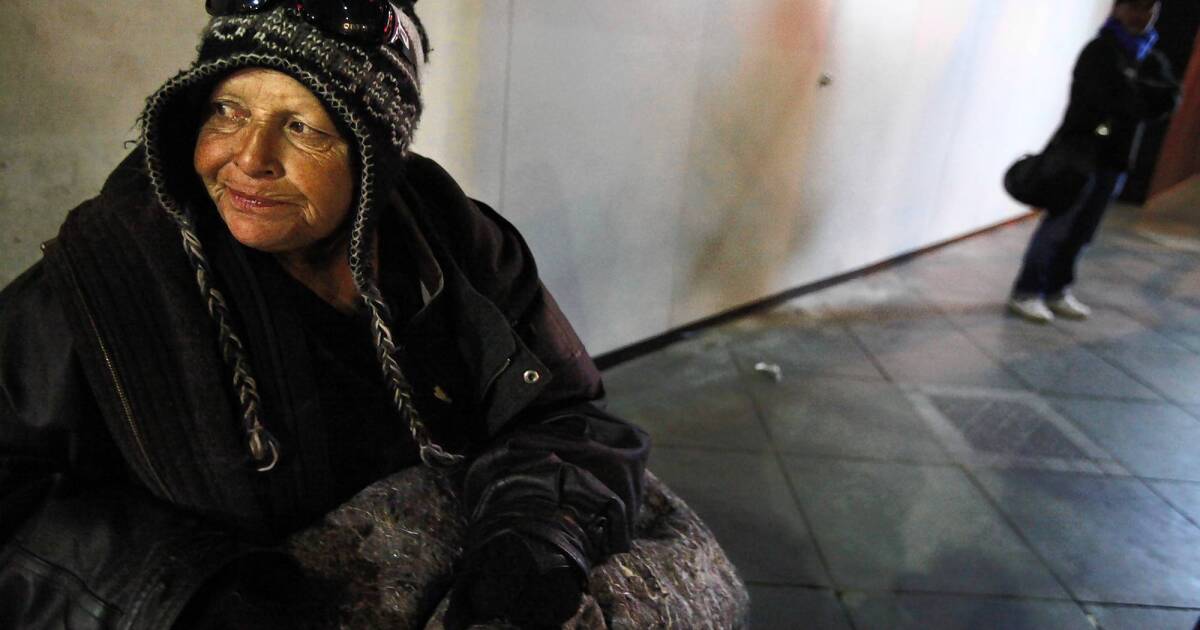 Homeless numbers grow in L.A. County
The number of homeless people in Los Angeles County jumped by 16% over the last two years, fueled by lingering economic devastation from the recession and rising rents and housing prices, according to a survey released Friday.

The woman in the article's lead image is identified as Diane Muldanado, but Burton recognized her mother immediately, later confirming sightings with a shelter in Santa Monica and with local police. Burton said her mother has gone by different names in the past.

Burton traveled to Southern California, but couldn’t find her mom on that trip.

Still, it changed everything.

“God don’t send you a picture after 20 years for no reason,” she said.

The profile picture is the Los Angeles Times photo, and the mission is simple: to help people find loved ones believed to be grappling with mental illness or addiction who, as a result, may be living on the streets.

“Nobody notices a homeless person. They’re invisible to the human eye,” she said. “We get a lot of sex trafficking victims out in the homeless community … You’ve got your kids who suffer from addiction. You have families that suffer from mental health. You have loved ones that have been in a car accident, dementia. You name it, and they’re out here.”

Four years later, Burton’s page, which she runs with a small group of volunteers, has more than 65,000 likes.

She gets between five and six new inquiries a day from people looking for a missing person. Burton, in return, requests specific physical descriptions and info on existing police reports.

“We will not do anything unless we have a case number,” she said.

Burton added, though, people often come to her page after realizing filing a police report may not do them much good.

“They’ll say, ‘Well, they don’t have an address, and they’re of age. They’re an adult. They can do what they want to do.’ Those are the responses we’re getting from the police departments,” she said.

KGW reached out to Portland police about Burton’s page.

Via email, Sgt. Brad Yakots had this advice for someone in her shoes:

They can contact their local police agency, share a photograph on social media or both to get the word out. That way missing person units in different departments are aware the family is looking for their loved one.

These inquiries are somewhat common unfortunately, we probably get one or two a month.

He also confirmed the bureau has no record of someone named Cloudia Leslie Wells.

KGW-TV
Cloudia Leslie Wells' daughter, Robin, hasn't seen her since 1994. ... Using social media, Robin has since made it her mission to connect families with their missing loved ones, who may be homeless.

KGW also forwarded information about Wells and about Burton’s page to local agencies working with Portland’s homeless, including Transition Projects, Central City Concern and the Joint Office of Homeless Services.

"Most missing person reports come from police officers, but whenever someone comes to the Joint Office directly, we will share the information about the missing person with our providers. Then, if they know the person, according to their own individual policies for missing persons, they can let the person know that someone is looking for them and give them the option to get in touch.

"Some people who've lost touch with family or friends definitely welcome the chance to reconnect and are happy to know, especially if they've not been able to reconnect on their own, that someone is out there looking for them.

"But some folks, beyond an officer confirming that they are still alive and OK, do not want to resume contact and may have their own reasons for not wanting to be in touch with someone seeking them. Some people have fled an abusive parent or partner; some just don't want to make the connection again. Mental health challenges can add another complicating layer, and sometimes a trusted worker at an agency can help navigate issues around reconnection."

On Thursday, Burton estimated her page has helped locate more than 100 people.

To date, her mother is not one of them.