"There was a huge puddle of blood on the floor and my heart sank," David Regan said. "I thought, 'We have to stop the bleeding and call 911.'" 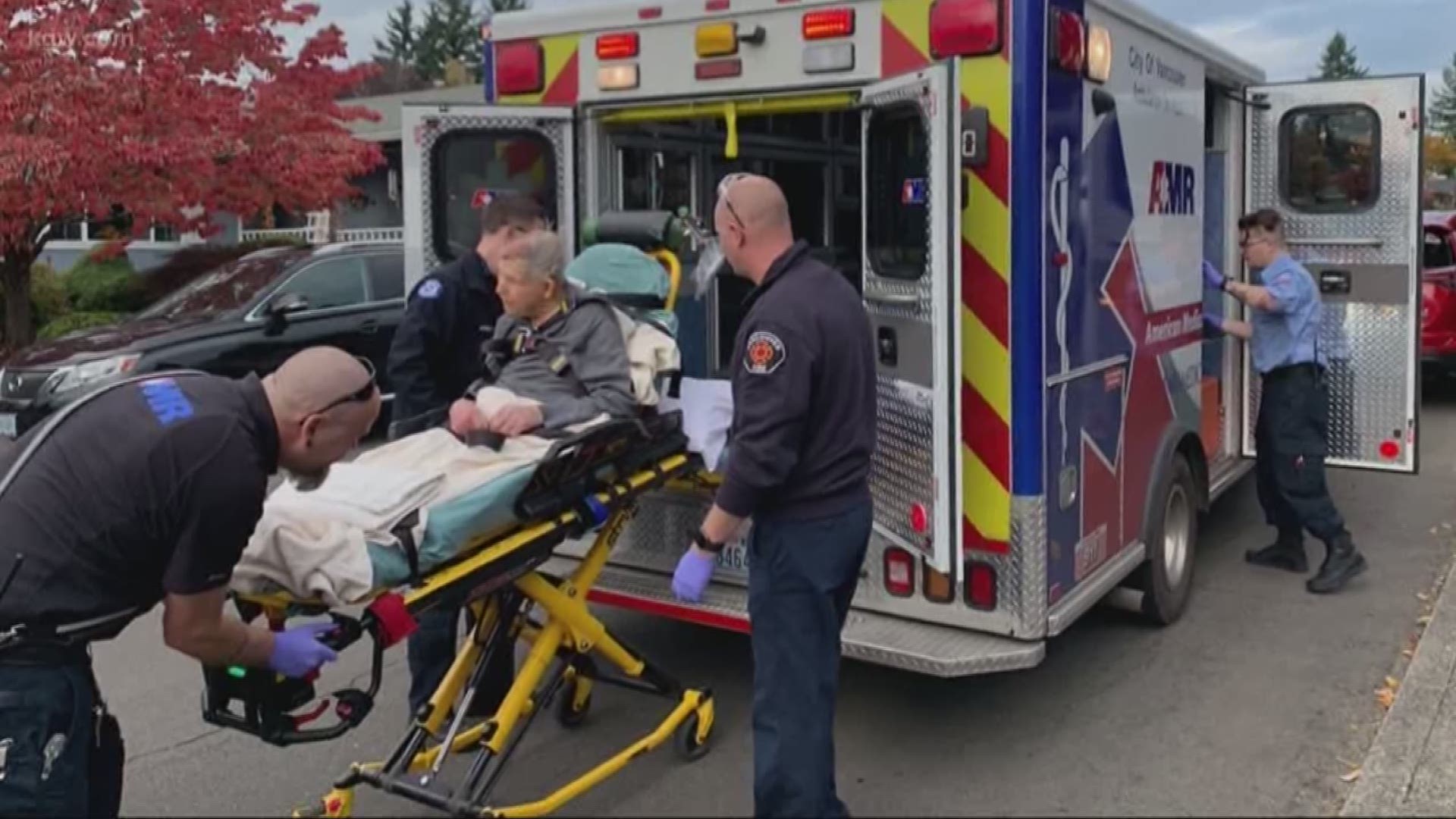 VANCOUVER, Wash. — A candidate for Vancouver City Council was canvassing the Fairway Village neighborhood on Saturday, when he helped save a 90-year-old man who took a bad fall.

Regan was talking with 80-year-old Cora Ann Davis at her door, when they heard Davis' husband, Bill, yell for help from inside.

"He had fallen in the bedroom and hit the table," Cora Ann said. She and Regan hurried inside the home to help Bill.

"There was a huge puddle of blood on the floor and my heart sank," Regan said. "I thought, 'We have to stop the bleeding and call 911.'"

With paramedics on the way, Regan wrapped Bill's head in gauze and applied pressure to the wound to help stop the bleeding.

"That saved my life," Bill said.

"They don't look very nice, but they do the job," Bill said.

As for Regan's job, be believes he was at the Davis' house on Saturday for a reason.

"I chalk it up to God," Regan said. "I feel like the Lord put me in the right place at the right time."